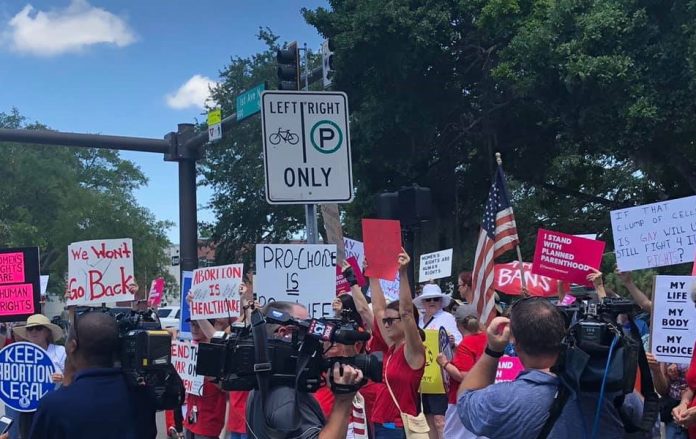 “Every year there is an onslaught of anti-abortion bills. We expect those types of bills to be back.”

On the abortion front, GOP lawmakers tried to restrict abortion access in Florida but various bills failed in the 2021 Legislature.

“Every year there is an onslaught of anti-abortion bills,” Amy Weintraub, reproductive rights program director for Progress Florida, said in an interview with the Phoenix. “We expect those types of bills to be back.”

The efforts to change Florida abortion laws covered a wide range of measures, including restricting abortions based on a detected disability in a fetus, reducing the number of weeks a mother has to terminate a pregnancy, and dictating what should be done with the fetal remains following an abortion.

And while this Legislative Session will not impact Florida’s current abortion laws, some organizations expect lawmakers to continue to file bills.

The bill that gained the most traction during the legislative session was HB 1221, which passed in the House but did not get approved by the Senate. (A bill needs both chambers to approve the measure in order to present a bill to the governor and potentially sign it into law.)

HB 1221 would have prohibited a medical professional from performing an abortion if the “physician performing the termination of pregnancy knows, or should know, that the pregnant woman is seeking the termination of pregnancy solely on the basis of a prenatal diagnosis, test, or screening indicating a disability or the potential for a disability in the fetus.”

Such disabilities, outlined by the bill language, would include a mental or physical disability, dwarfism, Down syndrome, and others.

The legislation was sponsored by Rep. Erin Grall, who was a part of a successful push last session to prohibit access to an abortion for a minor if the child does not have parental consent. She is a Republican and attorney who represents Indian River County and part of St. Lucie County.

The bill launched an emotionally charged debate on the House floor, with some female representatives sharing very personal stories about miscarriages, the difficulties and realities of raising a child with disabilities and the weight of a personal decision to terminate a pregnancy or not.

Though the House passed the bill, with Democrats largely opposed to the measure, the Senate never considered the bill.

Other attempts to reduce abortion access included efforts to reduce the time period in which a mother could receive an abortion from 24-weeks to 20-weeks. The bill would have prohibited abortions on fetuses that are “capable of feeling pain,” which the bill outlines would be fetuses aged 20-weeks or more, reducing the time in which a pregnant person could receive an abortion.

The other legislation which did not get the traction required that fetal remains be either cremated or buried.

In the end, the House and Senate did not prioritize those measures in the 2021 session, allowing the reproductive rights advocates can take a breather this year, though they expect future battles down the line.

“There’s an appetite for abortion bans in this state,” Lauren Brenzel, statewide director of organizing for the Florida branch of Planned Parenthood, said in a conversation with the Phoenix.

“Whether it be that 20-week ban or the fetal diagnosis abortion ban, I think we can expect to see those kinds of legislation back again.”

Republished with permission of the Florida Phoenix.