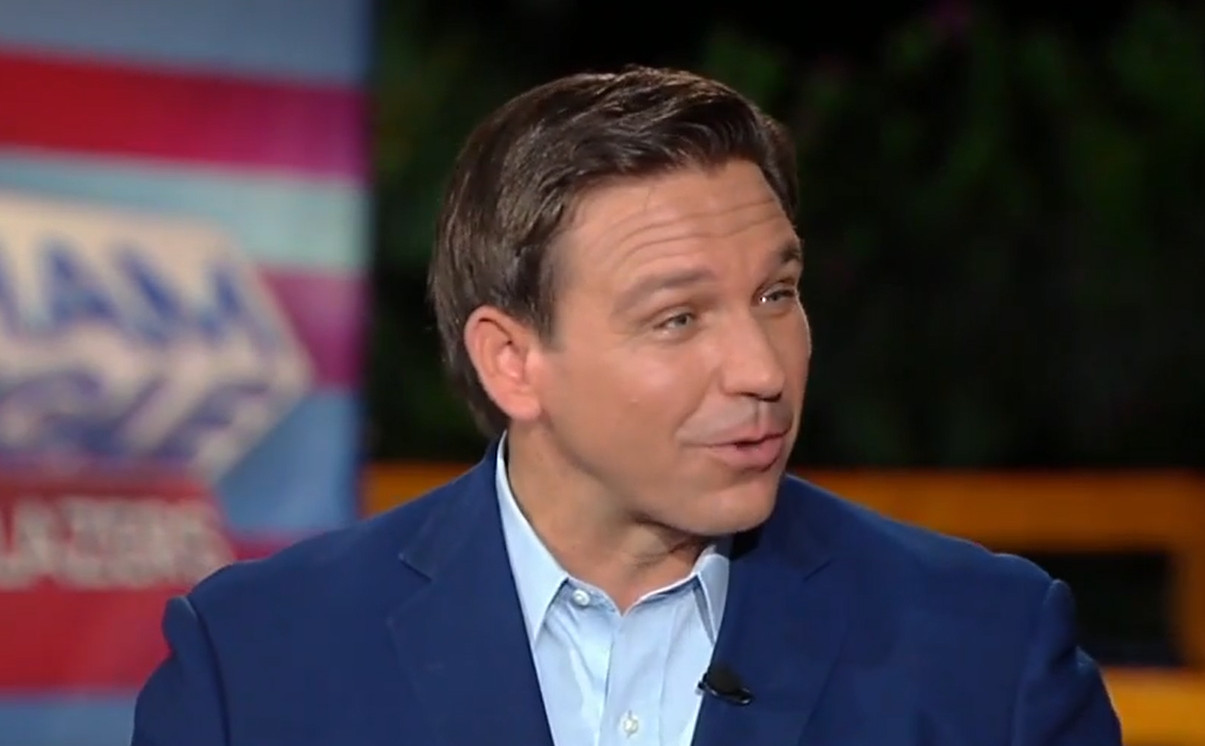 After this year’s Legislative Session, Gov. Ron DeSantis boasts strong job approval, according to a Florida Chamber of Commerce poll.

The Chamber released survey results from Cherry Communications showing 55% of voters approve of the job done by the Republican Governor. That compared to 40% who disapprove.

Moreover, 70% of voters surveyed give DeSantis good marks on his handling of vaccine distribution, while just 26% say he performed poorly there.

“As I’ve said for over a year, under the leadership of Gov. DeSantis, Florida continues moving in the right direction and serving as the national model for COVID-19 recovery while other states chose fear over facts,” said Mark Wilson, Florida Chamber of Commerce President and CEO. “Gov. DeSantis’ strong approval ratings show Florida’s voters and Florida’s business community are united around his leadership in protecting Floridians and Florida’s economy.”

Pollsters surveyed 602 respondents statewide between April 30 and May 8. The Legislative Session ended April 30.

There’s a clear partisan divide on DeSantis’ performance, with 88% of Republicans supporting the job he’s doing and just 6% who do not. That 82-percentage-point net approval among GOP voters comes as DeSantis’ national profile has skyrocketed during the COVID-19 pandemic, turning him into a top-tier candidate for President.

Along with that boost within his base, DeSantis has drawn detractors. About 73% of Democrats disapprove of the Governor’s performance, while just 22% approve.

But the Governor enjoys a net 20-percentage-point approval rating with the critical independent voters. About 57% of those say he’s doing a good job, compared to 37% who disapprove of his performance.

As far as vaccine distribution, even a plurality of Democrats praise him in that field. About 48% of Democrats approve of his job regarding that issue, compared to 46% who disapprove. Meanwhile, 91% of Republicans give him good marks.

With independents, DeSantis enjoys 74% approval and 22% disapproval of what he’s done with vaccines. That’s an overwhelmingly positive response to the greatest logistical challenge presented to the Governor so far in his first term in office. 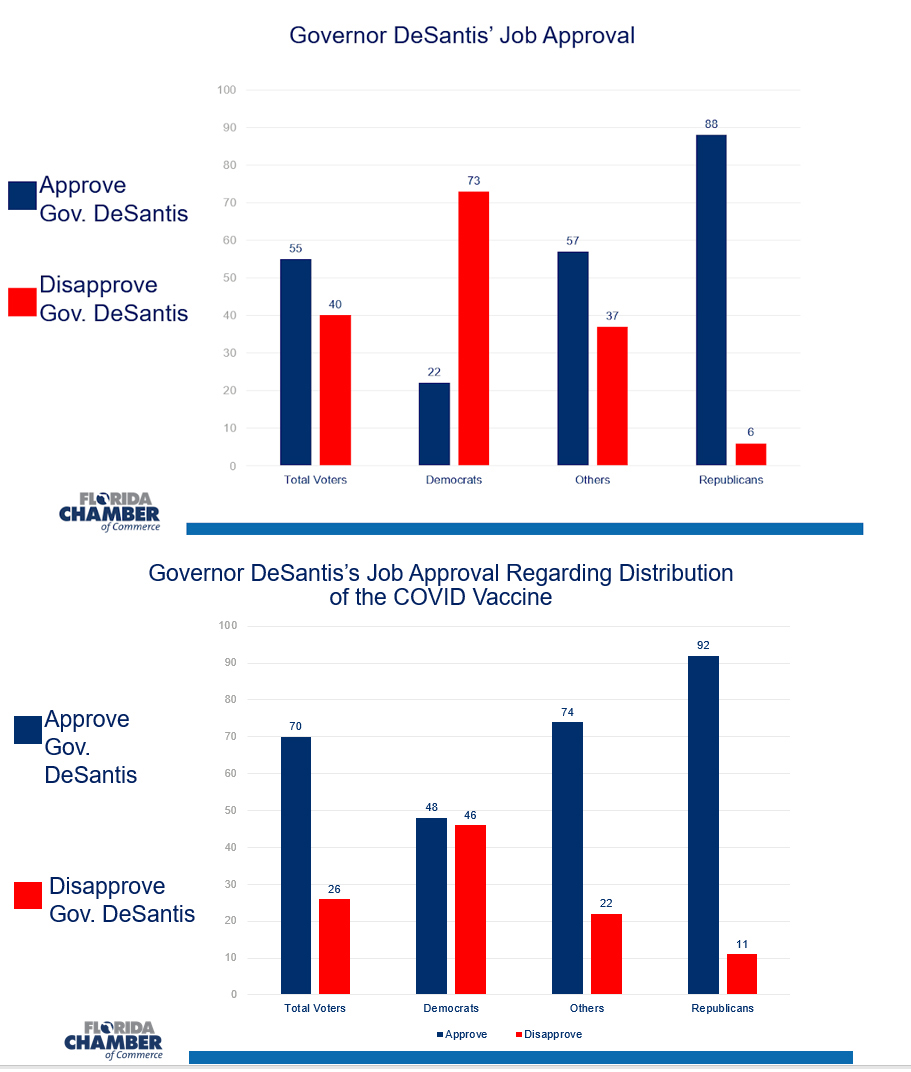