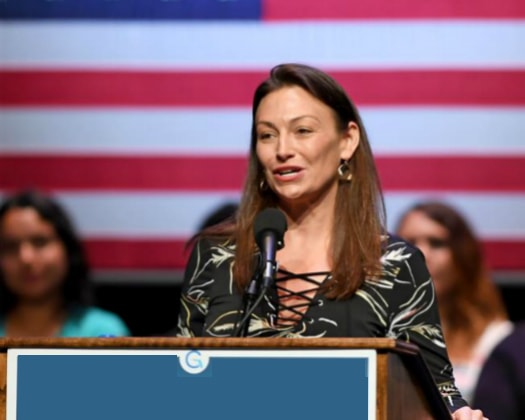 Agriculture Commissioner Nikki Fried yet again teased a Florida gubernatorial run with a video posted to Twitter on Wednesday.

This time, it’s a little different — there’s a date: June 1.

The video features several media clips describing her as an “early front-runner” and the “party’s best hope.” It also highlights speeches Fried delivered during her tenure as Florida’s only statewide elected Democrat.

In bold, the words Vision, Democracy, Power, and the phrase “Will of the People” are accentuated across the screen.

“It’s becoming clearer and clearer than Ron DeSantis needs to be a one-term Governor,” Fried tells MSNBC Host Joy Reid in the video.” We are getting very close to making a decision because the State of Florida and the People who live here deserve so much better than they’re getting from Ron DeSantis.”

Should Fried indeed announce her candidacy on June 1, the announcement will come as no surprise. She has long signaled her intent to run with a blitz of social media and cable news attacks against DeSantis. Among other pressure points, Fried’s berated DeSantis over his handling of the COVID-19 pandemic.

A Miami native, Fried holds a bachelor’s, master’s, and law degree from the University of Florida, where she also served as student body president.

Fried’s announcement will come weeks after U.S. Rep Charlie Crist announced his intent to return to the Governor’s Mansion — this time, however, as a Democrat.

Crist, who became the first Democrat to enter the race, was the Republican Governor of Florida from 2007 to 2011. He later became a Democrat and has represented Florida’s 13th Congressional District since 2017.

His campaign video accentuates his accolades as a Governor and Congressman. It also jabs at DeSantis’ legislative proposals and handling of the pandemic.

DeSantis championed several controversial proposals during the 2021 Legislative Session including an election overhaul bill and a measure to stiffen penalties against rioters. Known as the “anti-riot” bill (HB 1), the proposal outraged Democrats and social justice advocates.

“Gov. DeSantis’ vision for Florida is clear: if you want to vote, he won’t help you,” Crist said. “The truth is, Gov. DeSantis failed us. Just look at the terrible damage Governor DeSantis, and his allies in the Legislature caused during this Legislative Session.”

Nevertheless, Democrats knowingly concede they face an uphill battle in the Sunshine State.

Despite drawing arrows from across the aisle, DeSantis has ascended into stardom among conservative circles, in part for his pioneer approach to the COVID-19 pandemic.

DeSantis is also forecast as a possible presidential contender.