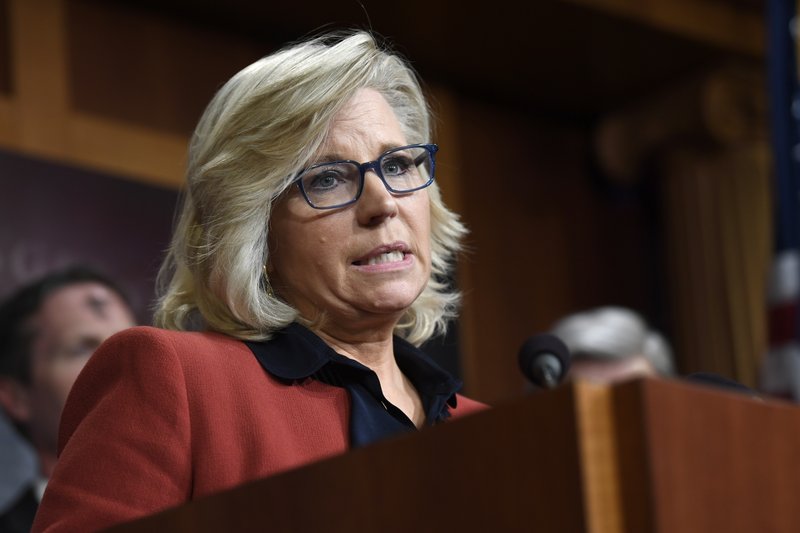 Many Florida members say it's important to unify the party ahead of the 2022 midterms.

U.S. Rep. Mike Waltz visited the White House as an adviser to then-Vice President Dick Cheney years before his election to Congress. But the St. Augustine Beach Republican reluctantly joined the majority of the House Republican caucus to remove Liz Cheney, the former Vice President’s daughter, as GOP conference chair.

“I have immense respect for Liz and have worked on a number of national security issues with her, but it’s time for a new direction for our conference.” Waltz said. “I look forward to supporting Elise Stefanik for House conference chair as she is an exceptional member who is an expert on the issues and an effective communicator.”

Cheney was removed through a voice vote with no roll call taken. But many members of Florida’s Congressional Delegation said they joined in her ouster, some settling scores dating back to before the election and others begrudgingly as they try and turn the page from 2020 division.

For U.S. Rep. Matt Gaetz, a Panhandle Republican right now suffering through unrelated scrutiny, the vote today marked a personal victory that has proven evasive. He has been calling for Cheney’s resignation as the No. 3 House Republican since last summer. After Cheney voted to impeach former President Donald Trump, Gaetz flew to Wyoming to campaign against her reelection.

“War without winning is the Cheney mantra,” Gaetz tweeted after her removal, digging both at foreign policy disagreements and the months-long effort to push her out as conference chair.

While none rivaled Gaetz’s enthusiasm for Chaney’s defeat, many said they too have doubted her ability to lead the conference for some time.

U.S. Rep. Byron Donalds, a Naples Republican, on May 5, told Just The News he had supported her removal months ago and that he supported it now.

“The predicament that Liz finds herself in is one she created for herself,” Donalds said. “There was obviously a conference vote a few months ago. She was able to survive that vote, but she just continued to go down the path she chose to go, which is not representative of the conference. I think that’s the issue at hand. I’ve been very clear for a long time that I think Liz needs to step down and needs to go. She chose to remain.

“Let’s be clear. Her position is not the position of the Republican conference, and that’s really what’s causing these issues.”

Most clearly, that has been shown in her continued conflict with Trump even as leaders flock to Mar-a-Lago to keep the ex-President relevant within the party. Even upon her removal, Cheney issued a statement saying she “will do everything (she) can to ensure that the former President never again gets anywhere near the Oval office.”

Trump, through the Save America PAC, ahead of the conference vote, cheered her removal.

“Liz Cheney is a bitter, horrible human being,” Trump wrote in a statement. “I watched her yesterday and realized how bad she is for the Republican Party. She has no personality or anything good having to do with politics or our Country.”

For many members, moving beyond such headline-making friction is the ultimate result of Cheney’s leadership ouster.

“I am grateful for Congresswoman Liz Cheney’s service as Chair of the House Republican Conference over the last two years; however, if Republicans want to take back the House in 2022, we must focus on the future,” said U.S. Rep. Neal Dunn, a Panama City Republican. “Congresswoman Elise Stefanik is committed to the goals of the party, and I’m confident she can lead the team to victory. I’m looking forward to working with Congresswoman Stefanik and the rest of our conference to defeat the Democrats’ radical agenda and take back the House.”

U.S. Rep. Kat Cammack, a Gainesville Republican, sounded a similar note in a tweet, less than a week after telling a Jacksonville radio station she would vote for Cheney’s removal.

“This morning, the House GOP voted to make a change in our Conference Chair, the top messenger for Republicans,” she said. “As I’ve said for months, we must be one team, one mission if we’re to take the House back in ’22. I thank Rep. Cheney for her leadership. Now let’s get back to work.”

“At this moment, I am focused on the gas shortages, increasing inflation, the border crisis, the violent attacks on Israel, and the fact that President (Joe) Biden wants to transfer U.S. technology to China by means of the World Health Organization,” the Miami Republican said. “I won’t participate in the attempts to shift focus from Biden’s disastrous first four months in office.”

“Our vote shows Republicans see the bigger picture — the party and our conference is united to win back the House in 2022 and fight back against the destructive, radical left policies coming from Nancy Pelosi and the Biden Administration,” he said. “I hope that our next conference chair will represent the majority of the Republican conference’s conservative values and embrace the America First Agenda that the (vast) majority of Americans support.”

And U.S. Rep. Vern Buchanan, co-chair of the Florida delegation, ultimately joined those who wanted a change in leadership. Buchanan spokesperson Sally Dionne said he voted to remove Cheney.

nextKevin Rader: You don’t have to be anti-farmer to be pro-environment