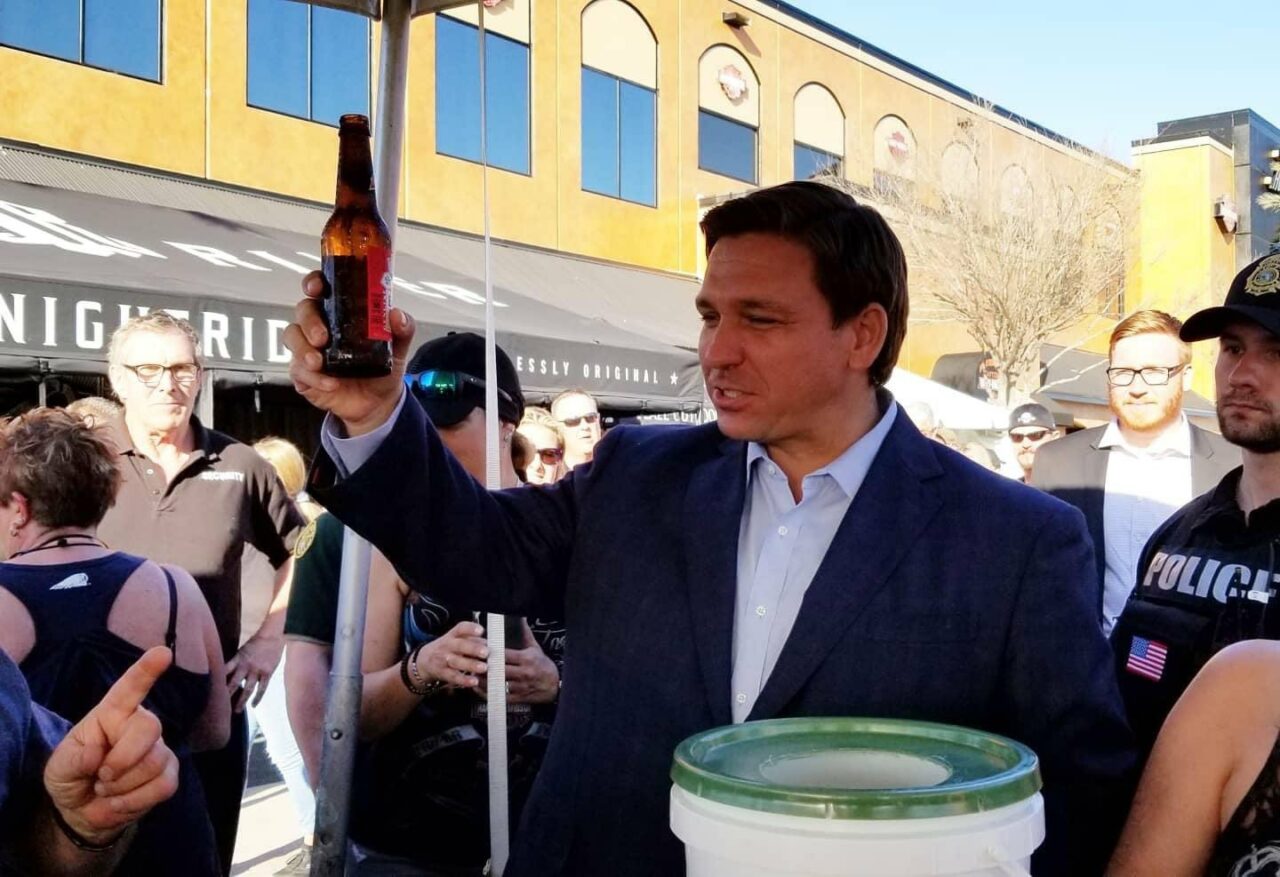 The pandemic-era order was set to end when the state of emergency runs its course.

A bill Gov. Ron DeSantis signed Thursday (SB 148) puts into law a pandemic-era executive order the Governor issued last spring that included so-called “alcohol to-go.” That measure helped restaurants that were forced to scale back operations during the early stages of the COVID-19 pandemic.

“This was like an existential crisis for folks in this industry,” DeSantis said, speaking at Houligan’s, a sports bar in Ormond Beach.

The version DeSantis signed is a compromise the Legislature reached on the industry-backed measure codifying much of that order. The bill, sponsored by Sen. Jennifer Bradley, includes limits on restaurants that can sell alcoholic drinks with take-home and delivery orders.

Additionally, the agreement will cut off the sale of to-go drinks — mixed or in bottles — when restaurants’ scheduled food service ends for the day or at midnight, whichever occurs first.

Drinks will need to be placed in secured containers and placed in locked compartments, vehicle trunks, or areas behind the last upright seats in vehicles. Restaurants will be prohibited from including alcoholic drinks in orders being delivered by people under age 21.

The measure passed the Senate unanimously before passing 111-1 in the House, where Polk City Republican Rep. Josie Tomkow carried the measure.

Houligan’s President Tim Curtis said he focused the restaurant on using a “Chick-fil-A-model” with two drive-thru lanes. That model, which includes eight servers, kept the business running on par with its normal peak hours.

“We didn’t miss a beat,” Curtis said. “Fridays night, 4 o’clock to 9 o’clock, without a single person in our restaurant, we were still doing the same level of sales.”

“Thank you to Gov. DeSantis for signing the alcohol delivery legislation into law, and to both Sen. Bradley and Rep. Tomkow, as well as House and Senate leadership, for prioritizing SB 148/HB 329 and ensuring that alcohol delivery remains a permanent option for Florida restaurants,” Correoso said. “The overwhelming, bipartisan support emphasizes the positive economic impact that alcohol delivery has had on restaurant owners and their ability to maintain successful businesses during COVID-19, while also helping to steady Florida’s local economies.”

“This is an issue of survival. The hospitality industry has been devastated by the pandemic,” Padgett said. “Some restaurants have closed, and they may never come back. For many that are hanging on and hanging in, alcohol to-go has made all the difference.”

Mixed drinks were a late addition when the Department of Business and Professional Regulation issued its emergency order allowing restaurants to send alcoholic beverages out with to-go food orders. DBPR initially declined to open the door for drinks to-go, but the department and the industry envisioned restaurants needing the high-profit margins they see on drinks such as margaritas.

DBPR Secretary Julie Brown, who joined the department in February, was on-site to tout the move to codify the rules.

“With this bill and permanently extending these options, Florida is recognizing responsible alcoholic beverage regulation while also being receptive to the realities of the modern business climate we’re in,” Brown said.

Americans were “told from on high” that restaurants and bars were dangerous for spreading COVID-19, the Governor said. However, he added that there was limited evidence on spread in restaurants, with only some examples from contact tracers. He called some businesses’ workarounds, such as outdoor tents with poor circulation, insane.

“The notion that this was like the big breeding ground for this, it just never was borne out in the data,” DeSantis said. “I think restaurants were targeted. I think it was very unfair.”

The U.S. Centers for Disease Control and Prevention still considers indoor seating full capacity without 6-foot spacing the highest risk for spreading COVID-19 in a restaurant. Florida has removed all state-level restrictions on businesses, and DeSantis has curbed local governments’ abilities to enforce pandemic precautions.

Lawmakers on both sides of the aisle see the current policy as a positive trial run for permanent legislation.

However, the current drinks to-go authorization ends when the pandemic state of emergency ends in late June, driving the need for a permanent bill. With his latest extension to the emergency order, DeSantis signaled it could be the state of emergency’s final extension.

The new law doesn’t kick in until July 1.

next'Are you kidding me?' Gov. DeSantis says no way to vaccine passports for cruises