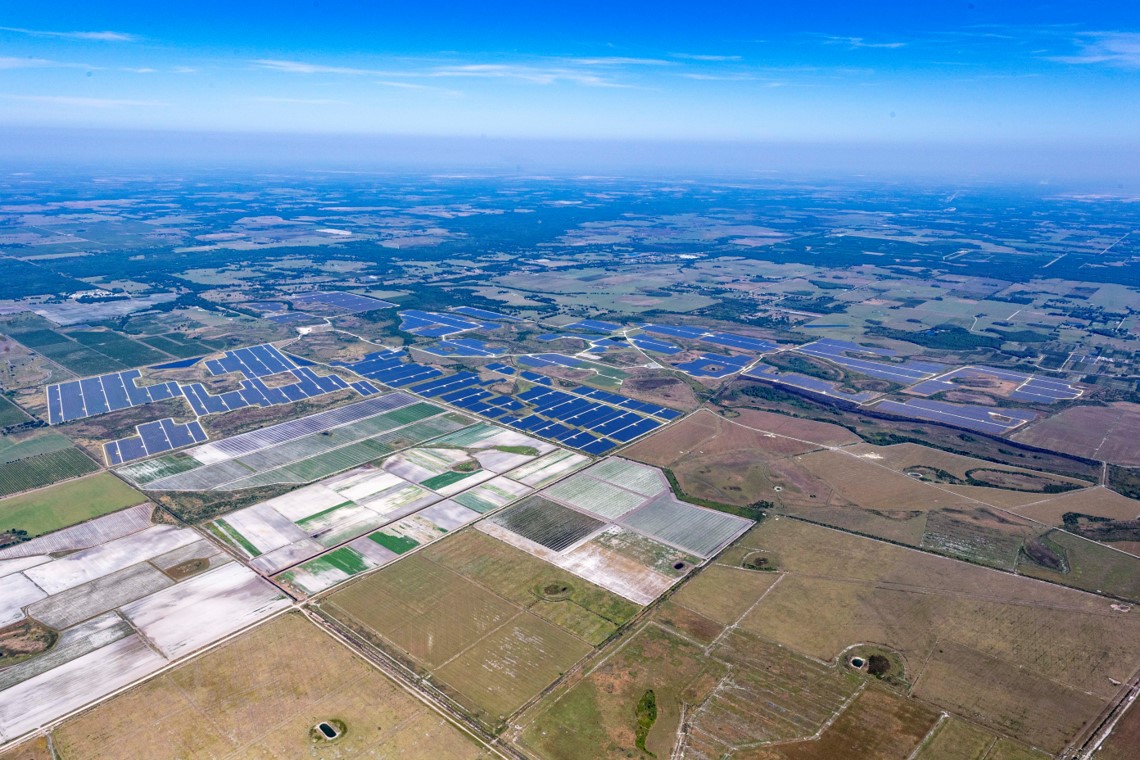 DeSoto is now the county with the most FPL solar energy centers in Florida.

The Rodeo Solar Energy Center houses about 300,000 solar panels and brings an additional 74.5 megawatts of power to the grid. It is built on land that FPL originally purchased in the 1960s.

The new plant’s location comes 12 years after the utility company launched its solar investments in the Sunshine State with the construction of the FPL DeSoto Next Generation Solar Energy Center.

The FPL DeSoto Next Generation Solar Energy Center, commissioned by former President Barack Obama, was the largest of its kind in the nation when construction wrapped in 2009. It was home to about 90,000 panels that worked to supply 25 megawatts of power to FPL customers.

DeSoto County has served as an innovative hub for FPL’s clean energy ideas and investments ever since.

“For more than a decade, FPL has been on a mission to turn the Sunshine State into a leader in clean energy and sustainability, and so much of it has been anchored in DeSoto County,” said FPL President and CEO Eric Silagy.

“But DeSoto County isn’t just home to millions of solar panels — it’s also a hub for clean energy innovation. Every time FPL has decided to disrupt the status quo, push the limits or test new ideas, DeSoto County has shown up as an eager partner. The FPL Rodeo Solar Energy Center may be the last solar center on this site, but we hope it’s just the beginning of many more innovative projects to come.”

Each of those centers produces 74.5 megawatts, and each is about three times the size of the Next Generation Solar Energy Center but still cost less to build.

“FPL has been a wonderful friend to this community, and it’s been a thrill to watch their clean energy transformation unfold right before our eyes in DeSoto County,” said DeSoto County Commissioner J.C. Deriso.

“When our journey began in 2009, we couldn’t have dreamed our legacy would kick off such a rapid solar expansion across the state, or that this county would be home to five solar energy centers and more than a million solar panels. I don’t know what the future holds, but I hope DeSoto County continues to be at the center of clean energy innovation.”