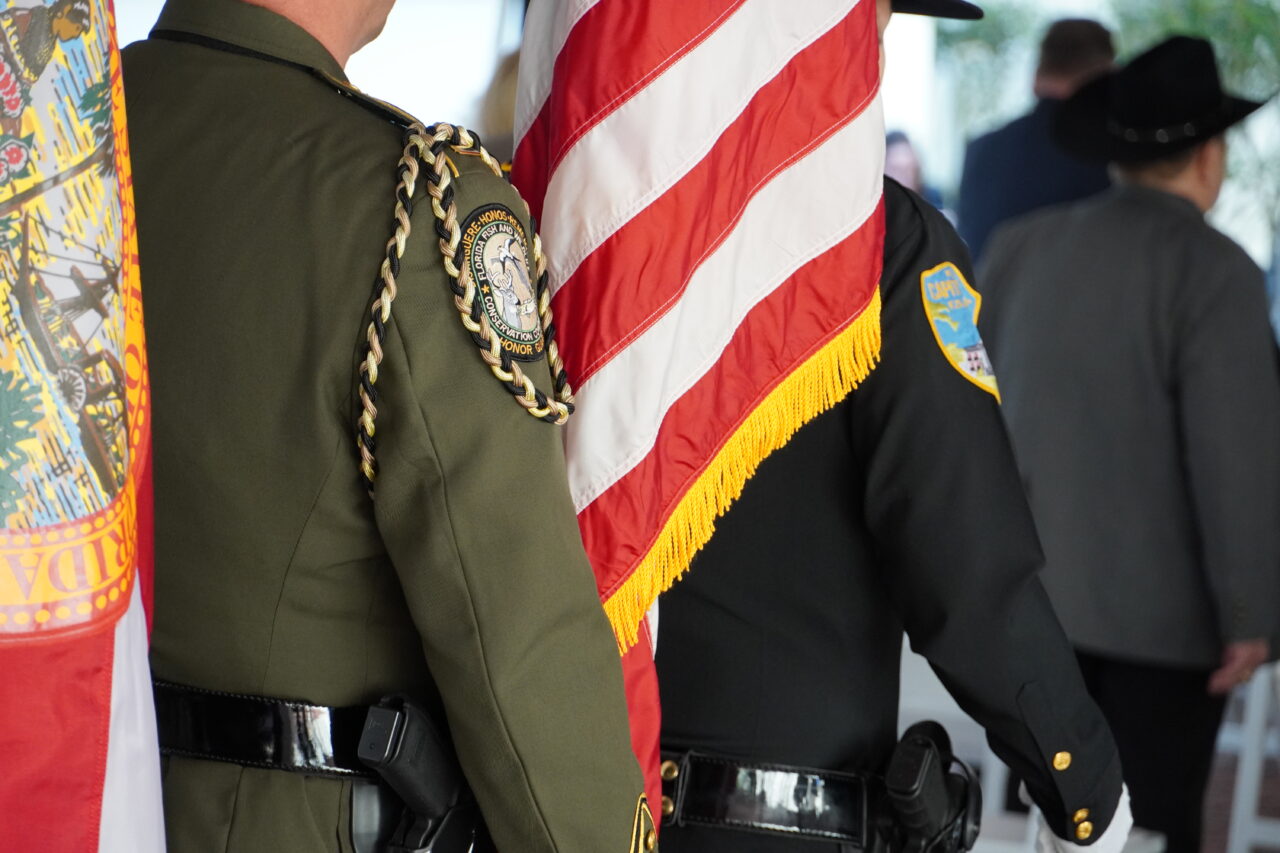 The 10 honorees boast more than 380 years of law enforcement experience.

Dozens gathered in the Capitol Courtyard on Saturday to welcome 10 law enforcement officers into the Florida Law Enforcement Officers’ Hall of Fame.

“These 10 honorees sitting before you have more than 380 years of law enforcement service …” Swearingen told attendees. “They were visionaries. They were champions. And that’s why we’re honoring them today.”

The Legislature created the Law Enforcement Officers’ Hall of Fame in 2014 to recognize the police community’s “exemplary accomplishments” within the state.

To be inducted, nominees are first nominated by multiple law enforcement groups and are then selected by a committee. After that, Gov. Ron DeSantis and the Florida Cabinet review the nominees and make a final determination.

“While some want to ‘defund the police’ in other parts of the country, in Florida, we unapologetically support our law enforcement community,” DeSantis said in a statement.

Glover’s accomplishments, among others, include serving as Jacksonville’s first hostage negotiator. Duval County voters elected Glover as Sheriff of the Jacksonville Sheriff’s Office in 1995.

Speaking to attendees, Glover noted the criticism and microscope law enforcement today is operating under.

“We’ve been here before and we’ve met the challenges …” Glover said. “And each time we through those challenges in law enforcement, we came out better as a profession.”

Uzzell began her law enforcement career in 1981 with the Tallahassee Police Department. She later became the Director of FDLE’s Criminal Justice Information Services.

“This career has definitely been a family affair and I appreciate my family,” Uzzell said.

In all, 30 law enforcement officers have joined the state’s hall of fame.

Other new inductees include:

A full list of inductees can be found online.