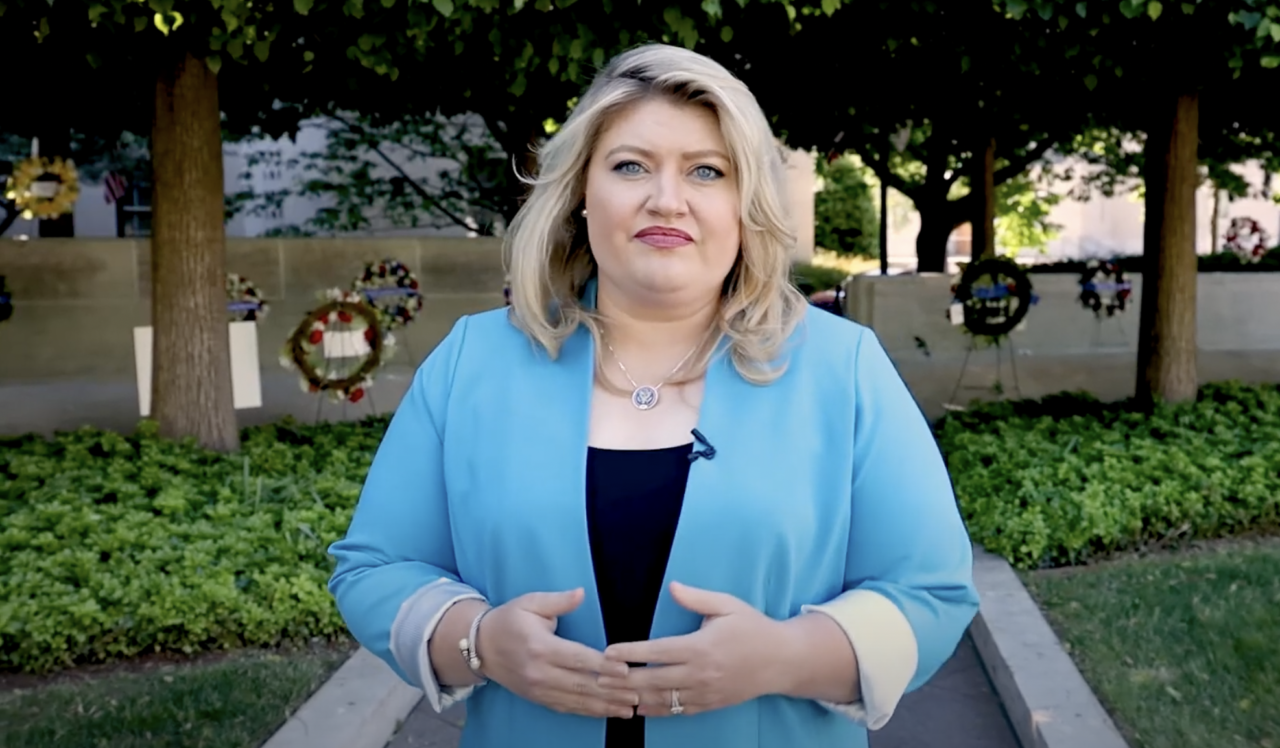 “There is no doubt we find ourselves standing in the breach, holding the line between lawlessness and order."

In her address, the Gainesville Congresswoman spoke in honor of law enforcement officers and their families, a nod to National Police Week.

“As the wife of a firefighter and swat medic — I am humbled and honored to deliver the first Republican address of the year to not just my colleagues here in Washington — but to Americans and LEOs all across this incredible country of ours,” Cammack said in the address.

Cammack delivers the four-minute address at the National Law Enforcement Officers Memorial, emphasizing a message of law and order, while also taking a jab at “defund the police” — a slogan among the far-left that arose from protests against police brutality last summer.

“As we celebrate and thank our law enforcement officers from across the nation — my thoughts turn toward home. I think of the brave men and women in North Central Florida who uphold law and order every day, despite a growing call for their defunding,” Cammack said. “These courageous men and women — and the families that support them — continue to be an inspiration to me and my family.”

“There is no doubt we find ourselves standing in the breach, holding the line between lawlessness and order,” she continues.

“Please know that in the midst of these very painful and uncomfortable conversations, there is a thin blue line army that is growing by the day,” Cammack said. “It is made up of Americans from all walks of life who stand in defense of our police and their families.”

Cammack continued to press the point of the GOP being the party of law and order — criticizing Capitol Hill Democrats in the process.

“While Democrats on Capitol Hill have consistently voted to defund the police, Republicans have continued to stand up as the party of law and order and support a well-funded, well-trained community of law enforcement officers,” Cammack said. “We will continue being one team, one mission as a collective of loud voices and advocates for our first responders and law enforcement officers all across this country. I welcome any members regardless of party affiliation to join in this effort.”

The message of the first Republican Address highlights what has seemingly become a focal issue between the two parties following a wave of protests last summer sparked by the killing of George Floyd by police officer Derek Chauvin. The protests brought with them calls to reexamine law enforcement, with some suggestions to “defund the police,” prompting response from conservative lawmakers.

In response to the protests, Florida lawmakers passed an anti-riot bill (HB 1), a measure against violent protests that Democrats and other critics say will disproportionately affect minority protesters.