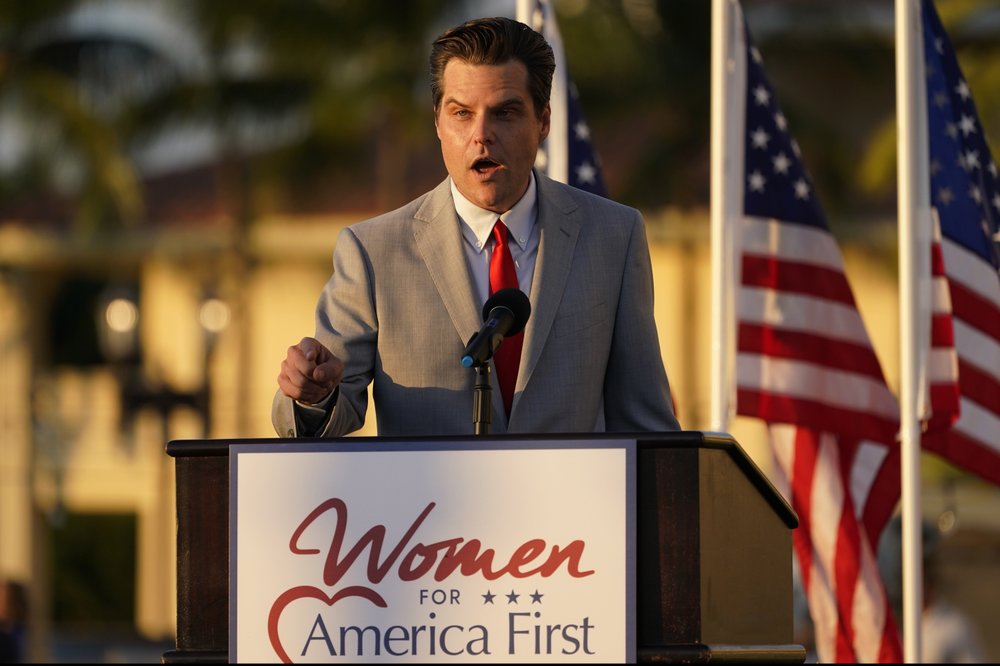 Greenberg pleaded out, but Gaetz is flying out later this week.

His former “wingman” on Monday officially pleaded guilty to sex trafficking, but a confident U.S. Rep. Matt Gaetz will continue his roadshow.

The Friday event will be at the Marriott in Mesa, Arizona, with a 6:30 p.m. start.

Gaetz continues to go forward with a robust schedule of speaking engagements, and it is clear that Joel Greenberg‘s plea deal won’t abridge that any more than reports of the plea deal did last weekend, when Gaetz went to the Cleveland, Ohio area.

Despite a lot of media reporting and speculation, the controversial Gaetz has yet to be formally accused of anything by federal prosecutors.

He faces no charges, though some speculate that Greenberg, who now feels “remorse,” may attempt to incriminate the Gaetz, a former close associate and boon companion, as part of the plea deal in which Greenberg admitted to trafficking a minor to adult men for paid sex.

Gaetz has not been named in any documents related to the plea deal.

In Ohio, Gaetz said again the accusations were false, and suggested they distracted from reinstituted congressional earmarks, as reported by NBC News.

Floridians in the Villages the week before were treated to Gaetz’s roadshow with Greene, a Republican from Georgia.

Gaetz referred to himself there as a “wanted” man, a “canceled” man, but a “Florida man,” a line practiced from his heyday on the Trump rally circuit of the pandemic election of 2020.

Unless things change rapidly between now and Friday, he will be able to continue using those lines.

Reportedly, federal investigators are probing a 2018 trip Gaetz took with Jason Pirozzolo and Halsey Beshears to the Bahamas.

Prosecutors with the Justice Department’s Public Integrity Section reportedly are examining whether Gaetz took gifts, including travel and paid escorts, in exchange for political favors.

Gaetz denies any wrongdoing and has not been charged with any crimes or presented with formal charges related to the widely-reported inquiry.