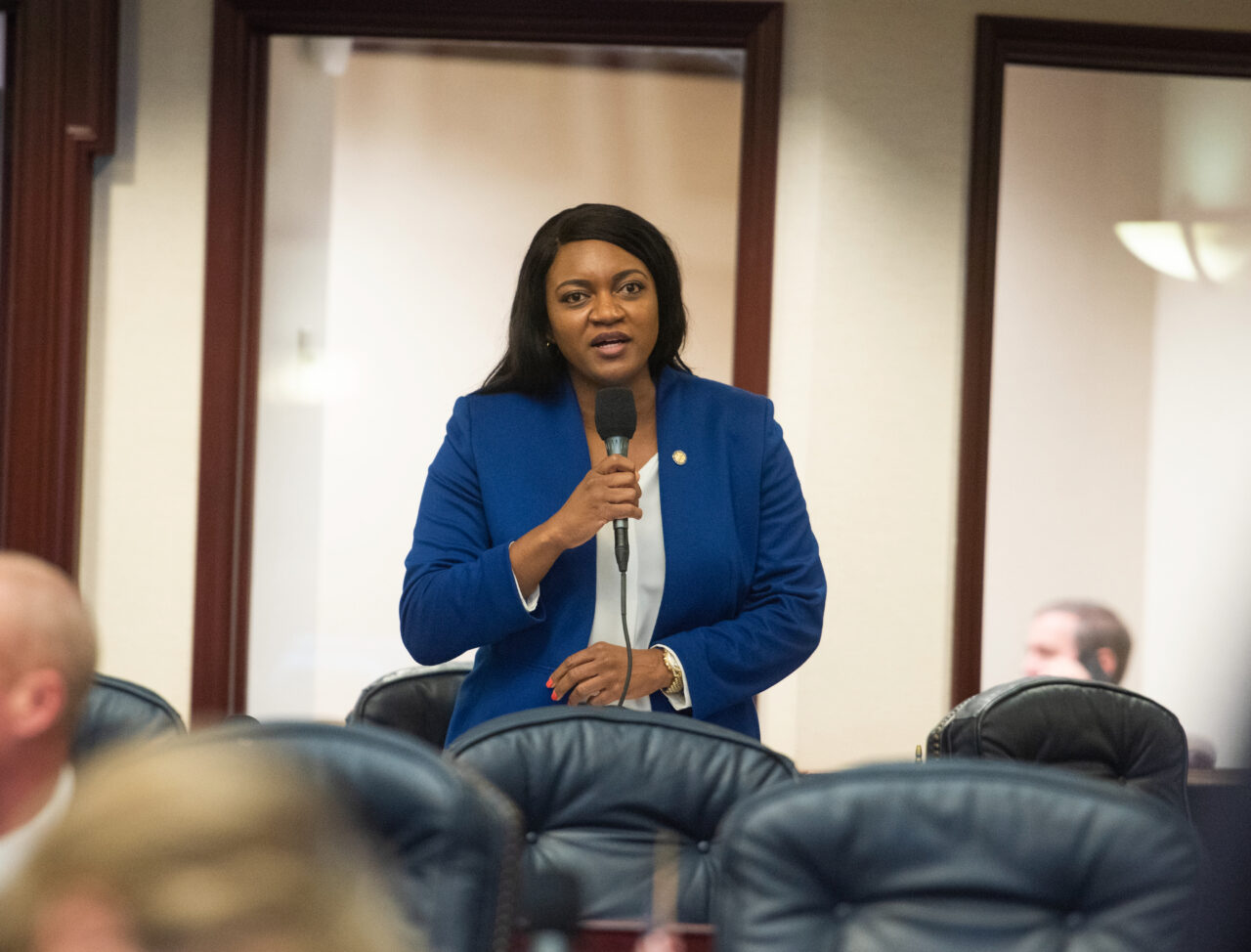 Driskell, an attorney, will be the first Black woman to lead the Caucus.

While in Tallahassee for the Special Session, the House Democratic Caucus made key leadership decisions Wednesday, one of which will make history.

Tampa Rep. Fentrice Driskell was unanimously elected to lead House Democrats for the 2024-2026 term. Driskell, a lawyer, will be the first Black woman to lead the Caucus.

House Democrats also voted Rep. Ramon Alexander to lead the Caucus in the absence of Rep. Ben Diamond, who was slated to lead the lower chamber Democrats for the 2022-2023 term, but is leaving his state position to run for a congressional seat vacated by Charlie Crist, who is running for Governor.

Driskell is already serving as the House Democratic Caucus Policy Chair for the 2020-22 term. This past Session she championed a police reform bill and led the House opposition to House Bill 1.

“I am honored the House Democratic Caucus elected me to be their Leader designate for the 2024-26 cycle,” Driskell said in a written statement.

“As Policy Chair, I worked hard to strengthen our Caucus through focused and inclusive leadership that led to increased unity within our ranks. It’s not lost on me that the Caucus chose to make history and elect the first Black woman to lead our Caucus. My colleagues have placed their trust in me, and now I look forward to rising to the occasion and working closely with them to continue making history for the betterment of Florida.”

Driskell graduated from Harvard for undergraduate studies and received her law degree from Georgetown.

Alexander, a Tallahassee representative, was unanimously chosen to replace Diamond to lead the Caucus for the 2022-2023 term.

“I appreciate the trust that members have placed in me to serve in this role. I am confident that the election today shows a united House Democratic Caucus, and I am ready to lead the way to meet the challenges ahead,” Alexander said in a written statement.

Alexander, a FAMU grad, was elected to the Florida House in 2016 and, according to a press released from House Democrats, is the first Tallahassee-area Representative to serve in a leadership role since Donald L. Tucker was Speaker of the House from 1974-1978.

Alexander is serving as the House Democratic Caucus Whip for the 2020-22 term.

The Democratic Leadership position in the House is currently shared by Co-Leaders Evan Jenne and Bobby DuBose. Both released statements on the new leaders.

“I’m proud of the choices this Caucus made today. By making Representatives Ramon Alexander and Fentrice Driskell Leader designates for the next two terms, they have made sure that strong, principled individuals will be at the forefront of our Caucus into the foreseeable future,” Jenne said.

“I congratulate my colleagues Representatives Ramon Alexander and Fentrice Driskell for rising to the task of leading our Caucus for their respective terms. I’m proud of our strong Caucus for coming together to make these important choices. The future of our Caucus is in extremely good hands. If their work ethic is any indication of their future success, then I strongly believe they will continue tirelessly fighting for all Floridians,” DuBose said.

nextAshley Moody not backing down from CDC cruise suit