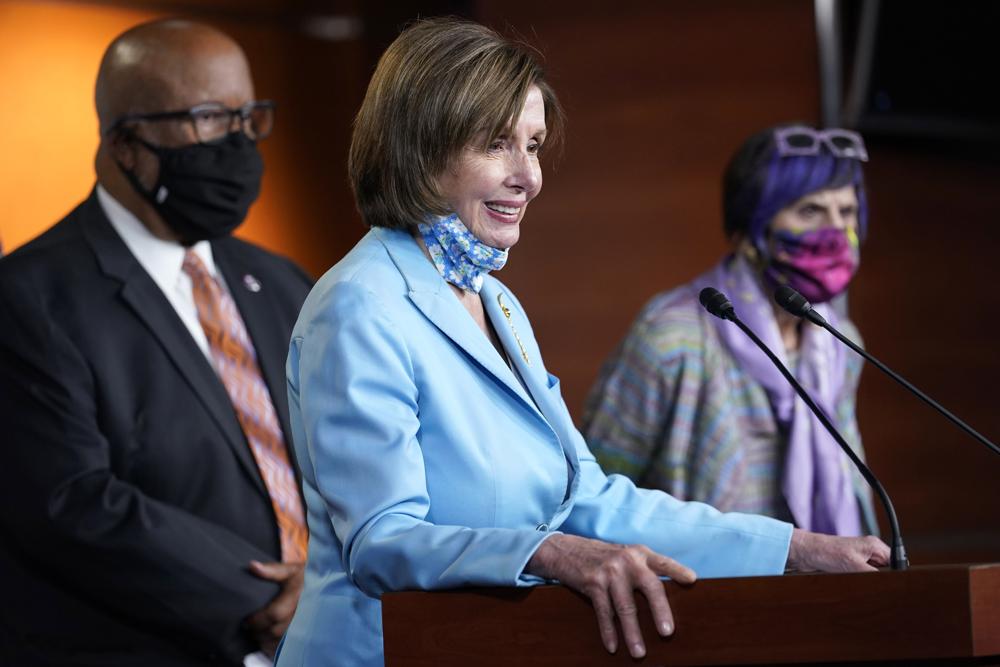 Carlos Gimenez and Maria Elvira Salazar were the only Florida Republicans to favor further investigation.

The House voted to create an independent commission on the deadly Jan. 6 insurrection at the U.S. Capitol, sending the legislation to an uncertain future in the Senate as Republican leaders work to stop a bipartisan investigation that is opposed by former President Donald Trump.

Democrats say an independent investigation is crucial to reckoning what happened that day, when a violent mob of Trump’s supporters smashed into the Capitol to try and overturn President Joe Biden’s victory. Modeled after the investigation into the Sept. 11, 2001, attacks, the legislation would establish an independent, 10-member commission that would make recommendations by the end of the year for securing the Capitol and preventing another insurrection.

The bill passed the House on Wednesday 252-175, with 35 Republicans voting with Democrats in support of the commission, defying Trump and House Republican leader Kevin McCarthy. Trump issued a statement urging Republicans to vote against it, calling the legislation a “Democrat trap.”

Reps. Carlos Giménez and Maria Elvira Salazar, both Miami Republicans, voted for the legislation, the only Florida representatives to cross party lines. Rep Dan Webster, a Clermont Republican, did not vote.

Senate Republican leader Mitch McConnell is trying to prevent defections among his own ranks, echoing McCarthy’s opposition in a Senate floor speech Wednesday morning. Both men claimed the bill was partisan, even though membership of the proposed commission would be evenly split between the parties.

The January insurrection has become an increasingly fraught topic for Republicans, with a growing number in the party downplaying the severity of the worst attack on the Capitol in more than 200 years. While most Republicans voted against forming the commission, only a few spoke on the floor against it. And the handful of Republicans who backed the commission spoke forcefully.

“This is about facts — it’s not partisan politics,” said New York Rep. John Katko, the top Republican on the House Homeland Security Committee who negotiated the legislation with Democrats. He said “the American people and the Capitol Police deserve answers, and action as soon as possible to ensure that nothing like this ever happens again.”

Rep. Fred Upton, a Michigan Republican, said that Jan. 6 “is going to haunt this institution for a long, long time” and that a commission is necessary to find the truth about what happened. He recalled that he “heard the shouts, saw the flash-bangs, smelled the gas on that sorry day.”

Democrats grew angry as some Republicans suggested the commission was only intended to smear Trump. Several shared their own memories of the insurrection, when rioters brutally beat police, broke in through windows and doors and sent lawmakers running. Four of the rioters died, including a woman who was shot and killed by police as she tried to break into the House chamber. A Capitol Police officer collapsed and died after engaging with the protesters, and two officers took their own lives in the days after.

“We have people scaling the Capitol, hitting the Capitol Police with lead pipes across the head, and we can’t get bipartisanship? What else has to happen in this country?” shouted Rep. Tim Ryan, an Ohio Democrat, on the floor just before the vote. He said the GOP opposition is “a slap in the face to every rank and file cop in the United States.”

The vote was yet another test of Republican loyalty to Trump, whose grip on the party remains strong despite his election defeat. House Republicans booted Wyoming Rep. Liz Cheney from their leadership last week for her criticism of Trump’s false claims, installing a Trump loyalist in her place. Cheney, in turn, suggested to ABC News that a commission could subpoena McCarthy because he spoke to Trump during the insurrection.

House Speaker Nancy Pelosi, a California Democrat, called McCarthy’s opposition to the commission “cowardice.” She released a February letter from the GOP leader in which he asked for an even split of Democrats and Republican commissioners, equal subpoena power and no predetermined findings or conclusions. The bipartisan legislation accommodates all three of those requests, she said.

“Leader McCarthy won’t take yes for an answer,” she said.

In the Senate, McConnell’s announcement dimmed the prospects for passage, as Democrats would need at least ten Republicans to vote with them. But Senate Majority Leader Chuck Schumer, a New York Democrat, vowed to force a vote on the bill, charging that Republicans are “caving” to Trump.

Schumer said that Republicans are trying to “sabotage the commission” and are “drunk” off Trump’s baseless claim that the election was stolen from him. That false assertion, repeated by the mob as the rioters broke into the Capitol, has been rebuked by numerous courts, bipartisan election officials across the country and Trump’s own attorney general.

Like in the House, some Senate Republicans have suggested they will support the legislation.

Utah Sen. Mitt Romney said Tuesday that given the violent attack, “we should understand what mistakes were made and how we could prevent them from happening again.” Louisiana Sen. Bill Cassidy said he doesn’t agree with McConnell that the bill is slanted toward Democrats and “I’m inclined to support it.”

Maine Sen. Susan Collins, a Republican, said that she supports the idea of a commission but that the House bill would need adjustments.

Others have pushed their colleagues to oppose the commission. Missouri Sen. Roy Blunt, the top Republican on the Senate Rules Committee, is working on a report with his Democratic colleagues that will include recommendations for security upgrades. He said an independent investigation would take too long and “frankly, I don’t think there are that many gaps to be filled in on what happened on Jan. 6, as it relates to building security.”

South Dakota Sen. John Thune, the No. 2 Republican in the Senate, cited concern in the caucus that the investigation could be “weaponized politically” in the 2022 election cycle.

“I want our midterm message to be about the kinds of issues that the American people are dealing with,” Thune said. “It’s jobs and wages and the economy, national security, safe streets, strong borders and those types of issues, and not relitigating the 2020 election.”

Separately Wednesday, aides to Rep. Jamie Raskin, a Maryland Democrat, circulated a letter they said was from a group of around 40 to 50 anonymous U.S. Capitol Police officers who had been speaking with the congressman.

“It is inconceivable that some of the Members we protect would downplay the events of January 6th,” the letter reads. “It is a privileged assumption for Members to have the point of view that ‘it wasn’t that bad.’ That privilege exists because the brave men and women of the USCP protected you, the Members.”

The letter was quickly repudiated by Capitol Police leaders, who said the agency doesn’t take any position on legislative matters.

Raskin said in an interview Wednesday evening that the officers approached his office with the letter, and that they and their families have been traumatized about what happened on the 6th. Raskin said “they can’t believe there is dissension in the Congress” about the simple facts of the insurrection.

nextSunburn — The morning read of what’s hot in Florida politics — 5.20.21