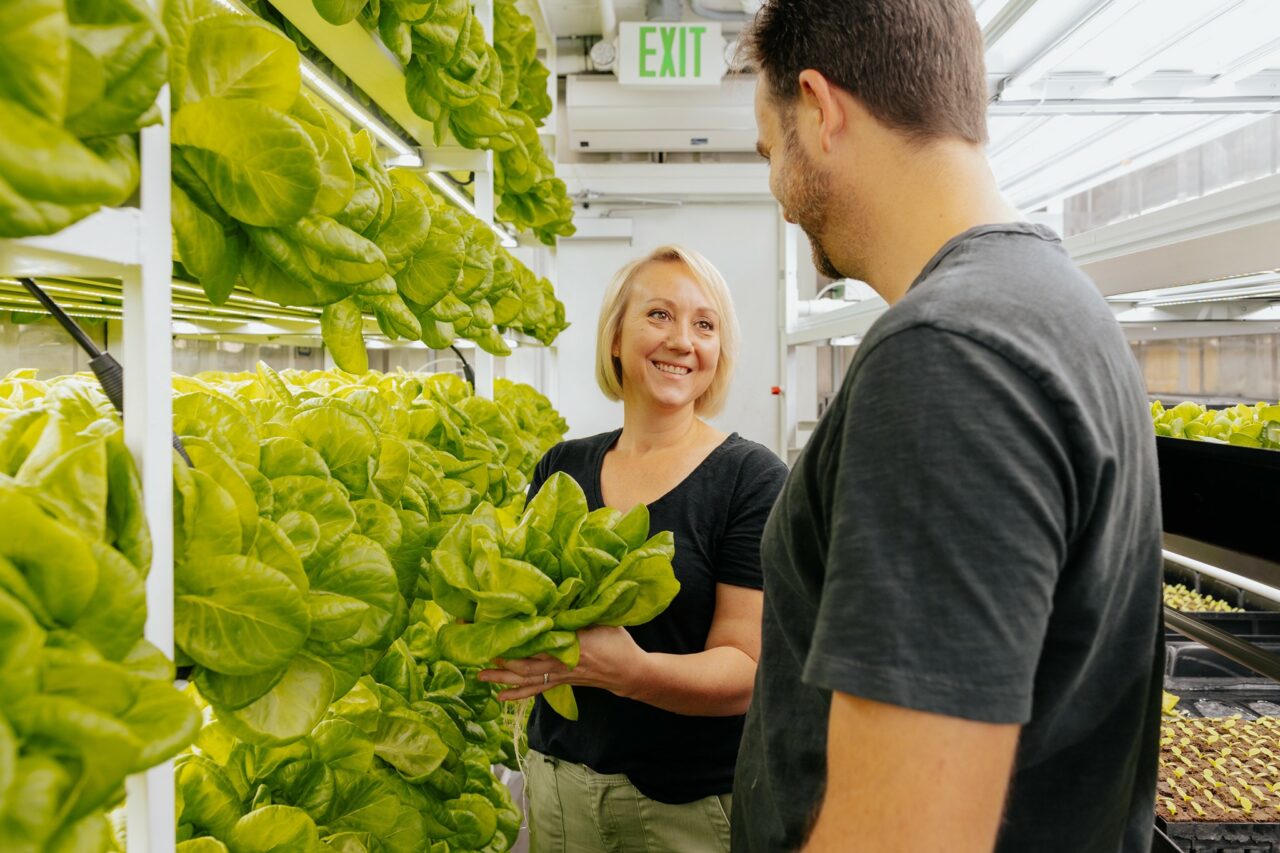 Brick Street Farm is also the only female-founded and led company in the vertical farming industry.

“This will help both Tampa and St. Petersburg and the whole Tampa Bay region over and over and over again,” Fried said Thursday. “This is a perfect example of how government is helping facilitate business development, while serving the greater good in our communities.”

“This opportunity with Brick Street Farms brings together all the things we value, just in a more compact footprint than we’re used to,” said Lykes Brothers Vice President Mallory Lykes Dimmitt.

The two organizations first connected at the Florida-Israel Agricultural Innovation Summit, which led to their eventual partnership. Brick Street Farms plans to expand through the help of the partnership, planting Brick Street Farm hubs throughout Tampa Bay and eventually across urban centers across the East Coast.

The hubs are self-contained, environmentally sustainable shipping containers that grow between 16 and 20 acres of farmland on 1/3 acre lots. The centers, which are climate controlled and minimize water usage, provide on-site farming and retail shopping.

“What an incredible approach this is, and it quickly will become a best practice worldwide, because it really encompasses the full circle,” Castor said. “Any question that you have, any problem that our community faces, this approach solves that.”

Brick Street Farm is also the only women-founded and led company in the vertical farming industry, Kriseman noted.

“It’s really a such an amazing opportunity for this community, for here in St Pete and for Tampa Bay, and I know that the vision is gonna continue to get carried throughout the entire state,” Fried said. “It really will inspire so many people across our entire state to think outside the box, literally.”