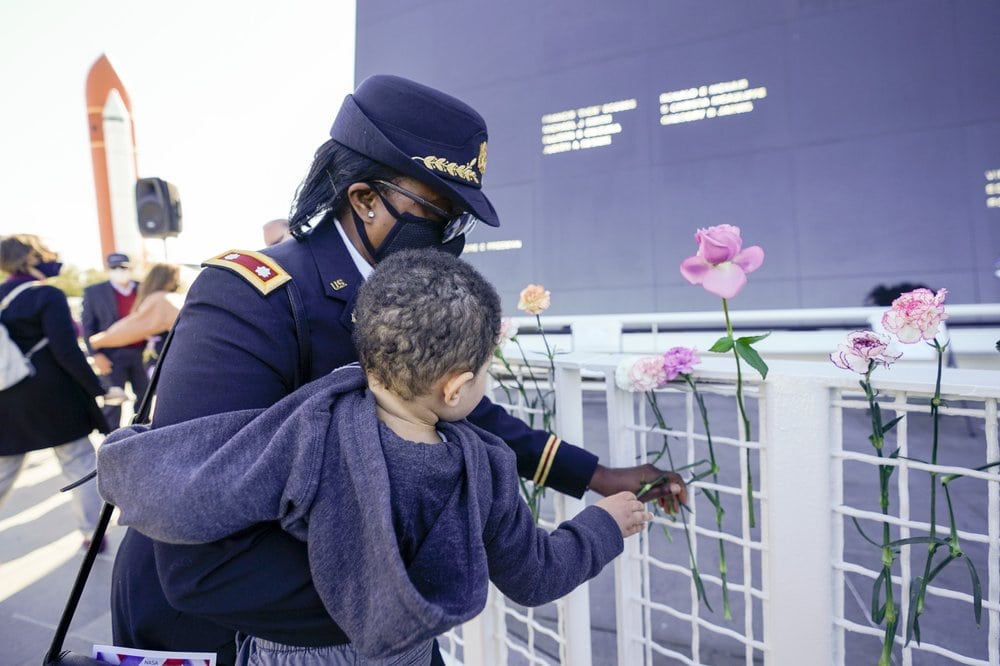 Expect flags at Florida’s government buildings to be at half-staff on Memorial Day, according to a proclamation issued by Gov. Ron DeSantis.

Monday will mark the 153rd observance of Memorial Day.

When Memorial Day became a nationally recognized holiday, Maj. Gen. John A. Logan, in 1868 three years after the Civil War ended, declared that Decoration Day, as Memorial Day was first known, should be observed on May 30. That date was chosen because flowers would be in bloom all over the country, according to the U.S. Department of Veterans’ Affairs. The first large observance was held that year at Arlington National Cemetery, across the Potomac River from Washington, D.C.

Where the tradition started before it became a national event is unclear. The U.S. Department of Veterans’ Affairs recognizes that approximately 25 places claim to have originated the holiday, usually through springtime tributes to Civil War soldiers. In 1966, Congress and President Lyndon Johnson declared Waterloo, N.Y., the “birthplace” of Memorial Day.

While the day for many years was intended to honor fallen Civil War soldiers, after World War I the day was expanded to honor all veterans who died in all American wars.

DeSantis’ direction requires flags at all local and state buildings, installations, and grounds throughout the State of Florida to be lowered to half-staff from sunrise until noon on May 31.

“On Memorial Day, we honor the heroes of the United States Military who made the ultimate sacrifice for their country. We shall never forget the selfless bravery of the men and women who laid down their lives to protect their fellow citizens. Our hearts are heavy with gratitude for their unwavering commitment to protecting this nation’s highest ideal of freedom in the face of grave danger,” DeSantis said in a written statement.

There are 1.5 million veterans living in Florida.

Haley Brown is a capitol reporter for FloridaPolitics.com. Her background includes covering the West Virginia Legislature for a regular segment on WVVA-TV in Bluefield called Capitol Beat. Her reporting in southern West Virginia also included city issues, natural disasters, crime, human interest, and anchoring weekend newscasts. Haley is a Florida native. You can reach her at hale[email protected]

previousBlake Dowling: Plenty of places to overshare; Venmo isn't one of them

nextState investigators side with Jimmy Patronis over Ron Rubin's counterpunch