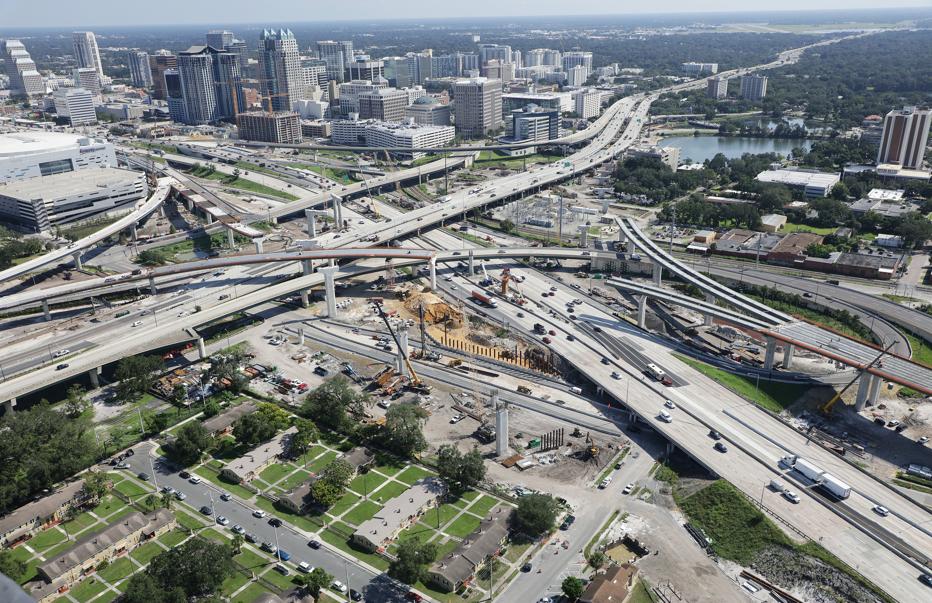 Five Democrats, three Republicans signed a letter backing I-4 Beyond The Ultimate Project.

The I-4 corridor holds legendary status as Florida’s swing district. Now the bipartisan group of lawmakers headquartered around the interstate joined together to support investment in improvements.

Reps. Darren Soto, a Kissimmee Democrat, and Michael Waltz, a St. Augustine Beach Republican, led a letter to President Joe Biden and Transportation Secretary Pete Buttigieg backing the I-4 Beyond The Ultimate Project.

The lobbying comes as Congress negotiates a major infrastructure bill. It’s important, the Representatives write, that Florida’s most prominent highway be included in any deal.

“The I-4 Beyond the Ultimate Project would significantly benefit from federal investment,” the letter reads. “The project is widely supported but is facing an elongated project schedule as a result of budgetary limitations. We want to make you aware of the project’s importance to our constituents and to the economy of the State of Florida.”

Democratic Reps. Kathy Castor, Charlie Crist, Val Demings and Stephanie Murphy also signed onto the letter. So did Republican Reps. Scott Franklin and Bill Posey. Collectively, they represent every mile of I-4 from Tampa Bay to Daytona Beach, as well as nearby districts on both coasts.

As the region grows in population, the representatives argue it’s important Washington not ignore this interstate contained within a single state.

“As you are undoubtedly aware, Florida, with over 21 million residents, is the third most populated state in our union. Florida is also a travel destination for millions of non-residents. Last year, 86 million people came to visit the state. In 2019 the number of total visitors was 131 million . A large share of Florida’s growth has been in Central Florida. According to the U.S. Census Bureau, Central Florida is the state’s fastest growing region.”

With most expecting Florida’s Legislature to locate a new Congressional District in Central Florida next year, the region will likely only grow in political clout.

“Unsurprisingly, this growth places a strain on our existing infrastructure. Interstate 4 (I-4) stretches 132 miles from Volusia through Seminole, Orange, Osceola, Polk, and Hillsborough counties. There is no doubt that I-4 is crucial in connecting Central Florida from coast to coast,” the letter reads. “Therefore, we believe your administration should make the I-4 Beyond the Ultimate project a priority.”

Crist, a candidate for Governor, said the region is not just politically important, but worthy of federal investment because of its commercial importance.

“We welcome those near and far to visit our beautiful Sunshine State, but we must have the necessary infrastructure to support all of our residents and guests,” Crist said. “With Central Florida’s growth and tourism, improvements to the I-4 corridor have been necessary and long-awaited — it’s time to make our highway safer and Central Florida more accessible.”

previousState investigators side with Jimmy Patronis over Ron Rubin's counterpunch