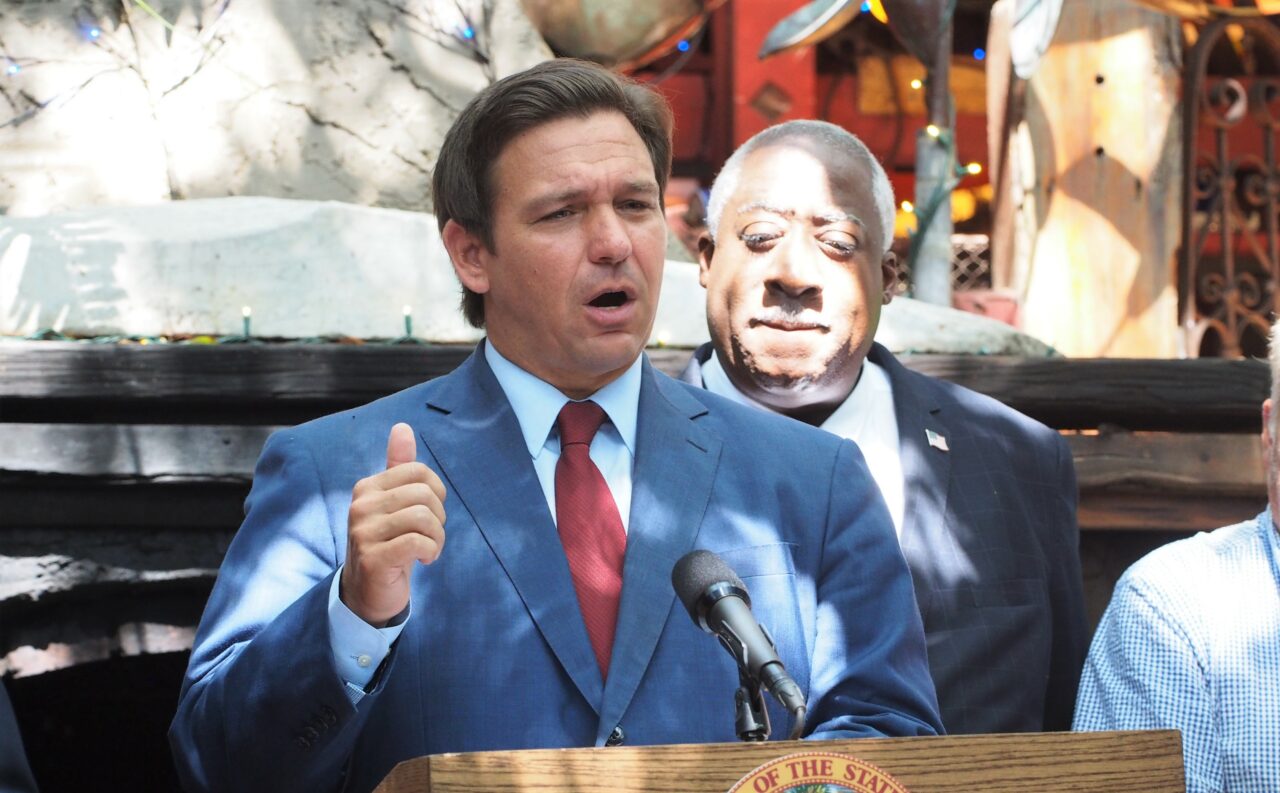 And he's not happy about it.

Gov. Ron DeSantis is blaming the federal government for his biggest veto, a $1 billion emergency fund that was his idea.

At the signing of the $101.5 billion budget Wednesday, DeSantis said the fund’s creation, which was to be paid for using federal funds from the American Rescue Plan (ARP), would have caused a “fight” with the federal government.

“We were going to run into the risk of having the feds come after us for it,” DeSantis said.

While nothing in the ARP statute directly prohibits the fund, DeSantis said “subsequent administrative guidance” from the federal government indicated the emergency fund, the creation of which was his idea, was something they would “fight over.”

“The problem is, between the time I called for it, and the Legislature passed it, and the present, the federal government issued guidance on how you could use the funds,” DeSantis explained.

After the Florida Legislature passed the state’s budget at the end of April, the U.S. Department of the Treasury issued guidance on May 10 about using $350 billion of ARP money earmarked for state and local governments. The federal guidance states the relief money should be used to support COVID-19 response efforts, for “immediate economic stabilization” and to address “systemic public health and economic challenges that have contributed to the unequal impact of the pandemic.”

DeSantis and the Florida Legislature planned to set aside $1 billion of Florida’s ARP money for an emergency fund to be used at the Governor’s discretion during emergencies like pandemics or hurricanes. Proposed state laws surrounding the new fund stipulated it would be used to “prepare or respond to a disaster declared by the Governor as a state of emergency that exceeds regularly appropriated funding sources.”

But with the latest federal guidance, DeSantis said, the ARP money would be considered a “grant” subject to normal procurement, which he described as “bureaucracy” that would not mesh with the quick-moving nature of emergency response funding.

Additionally, guidance from the federal government indicated the state could not use the money to meet future needs, which was the purpose of the rainy-day emergency fund.

The new federal ARP guidance also affected another $350 million of ARP funds the Florida Legislature planned to set aside in a budget stabilization fund. DeSantis also vetoed that line item.

“I couldn’t in good conscience put that money in there knowing that it was not going to be able to be used for that, and if we did, it was going to be going to be clawed back by the federal government,” DeSantis said.

Unspent ARP funds will be allocated next fiscal year. Federal guidelines for ARP funds say the state has until 2024 to spend the money.

DeSantis said he’s not giving up on his idea to create the emergency fund.

“I do think having an emergency response fund separate from general revenue is a good idea,” DeSantis said, indicating he would “see what we can do” in the next Legislative Session.

While on the subject of ARP funding Wednesday, DeSantis lamented that the federal government is sending relief funds in increments rather than a lump sum. So far, of the ARP funds earmarked for state and local governments, Florida has been sent $4.4 billion of an expected $8.8 billion.

“We only got half the money upfront,” DeSantis complained.

“They do whatever they can to hurt states like Florida and to help states that were locked down,” DeSantis theorized, referring to American Rescue Plan funding that was distributed partly based on state need as determined by the unemployment rate.

During committee hearings on the fund this past Session, Republicans said a separate fund would make it easier to track emergency spending and allow the Governor to more quickly respond to disasters, like the pandemic or hurricanes. Democrats called it a slush fund for the Governor, but floor votes in both chambers show most members of both parties supported the fund.