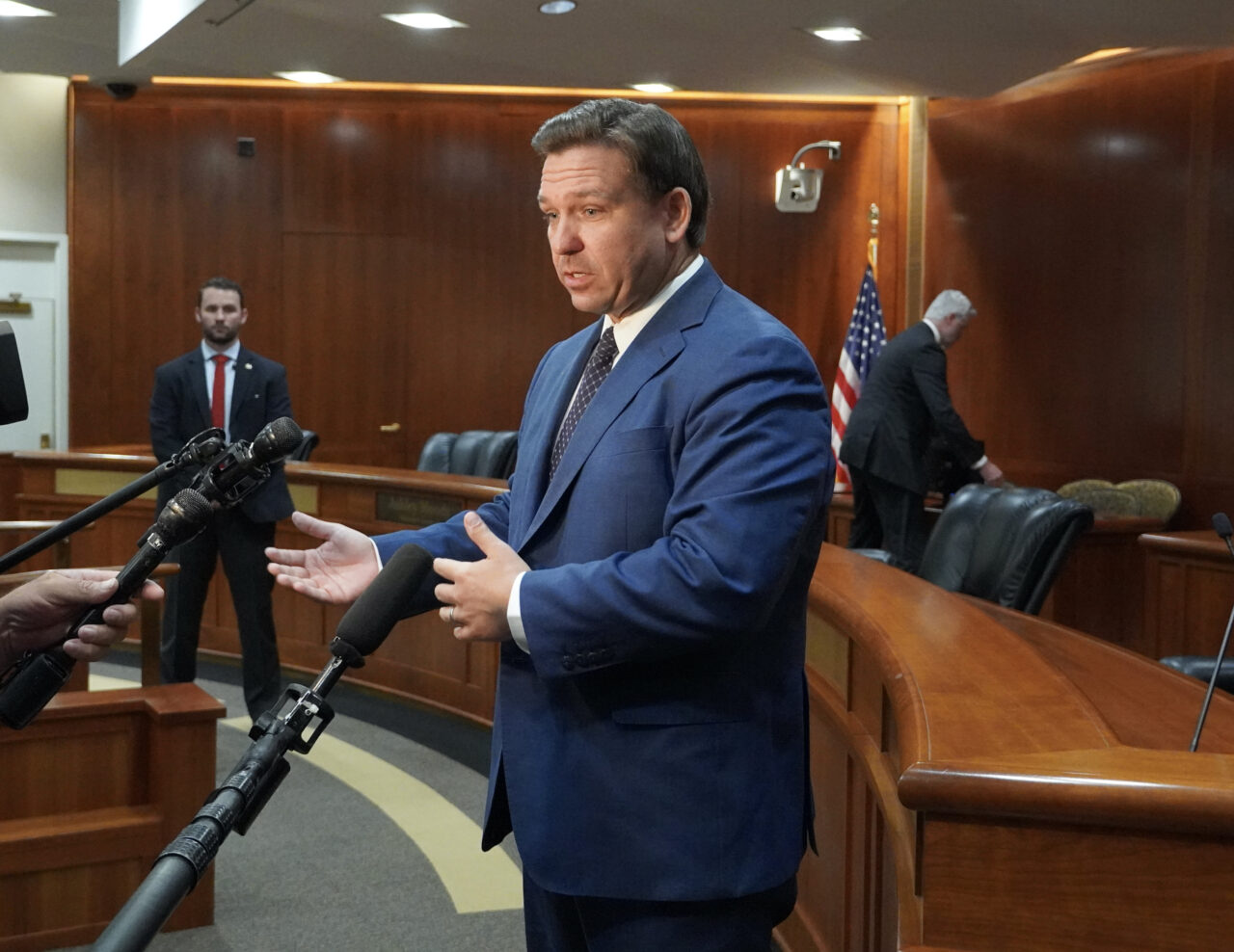 DeSantis trashes the funding, but cashes the checks.

Gov. Ron DeSantis has had somewhat complicated messaging regarding federal coronavirus aid, and a new spot from national Democrats highlights a perceived inconsistency.

The DNC War Room published the minute-long ad on Twitter Wednesday evening. The claim: DeSantis is “the latest Republican to tout provisions of President Biden’s American Rescue Plan after opposing it.”

The ad came out just hours after DeSantis signed the fattest budget in state history at a New Smyrna Beach restaurant called “The Garlic.”

Soundbites from Fox News and a Capitol presser populated the first half of the spot, with DeSantis decrying “nonsense” in the bill, which was “Washington at its worst,” a “Christmas tree” for those programming the funds from the $1.9 trillion American Rescue Plan.

The spot fast forwards from those earlier concerns to a local reporter noting DeSantis touting “more funding across the board,” a feature of budget events earlier Wednesday. Then came a reminder that Republicans did not vote for the American Rescue Plan.

Florida’s $101.5 billion budget for FY 21-22 is $9.3 billion larger than the current year’s $92.2 billion budget, a more than 10% increase fueled in no small part by federal virus aid from the last two presidential administrations. The current budget reflects $8.8 billion in virus aid, using a formula DeSantis and other Republicans have framed as biased toward “blue states.”

The money helps in a number of areas, including education. Education Commissioner Richard Corcoran said earlier this year that Biden’s virus aid package amounted to “more than a third, close to a half of our total K-12 budget.”

Meanwhile, DeSantis is framing the budget document as reflective not of federal largesse, but Florida innovation.

“I think the budget really reflects a state government that is meeting the core concerns of Floridians,” DeSantis said at the signing in New Smyrna Beach.

At a second event across the state in Zephyrhills, Senate President Wilton Simpson lauded DeSantis’ “light touch” with the veto pen, a year after the infamous “Red Wedding” budget left a lot of projects vetoed amid pandemic uncertainty.

The federal printing press is on, of course, and the Biden aid has been a boon for incumbents.

That includes Republicans like DeSantis, who trash the funding then cash the checks. DeSantis notes “the bill’s going to come due” for Biden economic policies in the form of higher interest rates, inflation, and other issues, but like every other leader in America, he won’t turn down the cash influx.

“Here’s a fact check for Gov. DeSantis: the funding that made this budget possible was delivered by the American Rescue Plan I fought for in Congress alongside President Joe Biden,” Crist said in a statement. “Without the American Rescue Plan, Florida would be facing harsh budget cuts — but Gov. DeSantis is so focused on dividing Floridians for personal gain that he can’t admit that. He can’t tell the truth.”

Meanwhile, Sen. Rick Scott, who immediately preceded DeSantis as Governor, goaded governors and mayors to give back virus relief money they might not need.

“It doesn’t make any sense,” as POLITICO reported from a Capitol press conference in March.

“If Florida were to send the money back, (Treasury Secretary Janet) Yellen is going to send it to Illinois, California, New York or New Jersey. I don’t think that would make sense for Floridians — for us to be giving even more money to the blue states that (are) already getting such a big windfall in this bill.”

.@GovRonDeSantis is just the latest Republican to take credit for President Biden’s American Rescue Plan after opposing it.

Don’t worry, we’re here to hold them all accountable. pic.twitter.com/YVCv9OF9xy