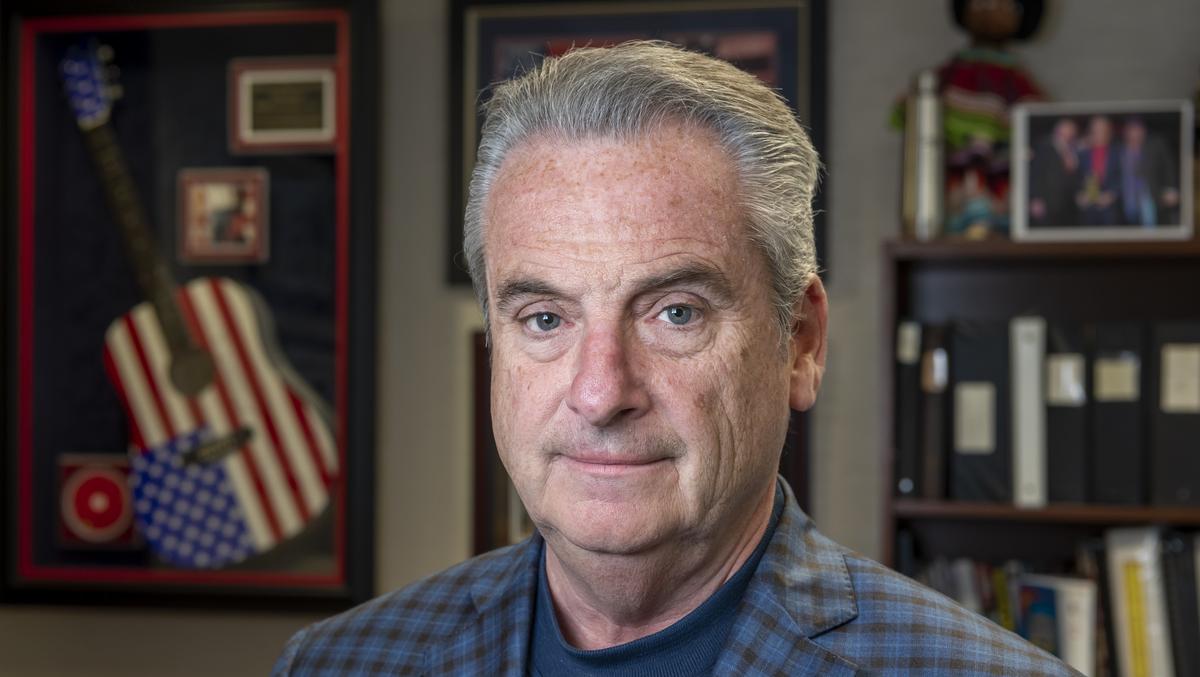 But his biggest coup might be a 30-year agreement, known as a “Compact,” that includes opening the door to sports betting in Florida.

Allen was instrumental in nailing down the deal between Gov. Ron DeSantis and tribal Chairman Marcellus Osceola Jr. in April and persuading lawmakers to approve the plan during a Special Session last month.

Under the Compact, the Seminoles have agreed to pay the state $2.5 billion over the first five years in exchange for having control over online sports betting throughout Florida. The Tribe also will get other benefits, such as being able to offer craps and roulette at its casinos.

The sports-betting provision, however, is expected to be challenged in court. In addition, the U.S. Department of the Interior must approve the compact, and some experts say the agreement runs afoul of federal law authorizing gambling operations on tribal lands.

The agreement replaces a 2010 Compact that gave the Tribe the “exclusive” right to operate banked card games, such as blackjack. But the Seminoles in 2019 stopped paying the state about $350 million annually because of a drawn-out dispute over “designated player” card games offered at pari-mutuels throughout Florida.

Allen, 60, has more than four decades of experience in the gambling industry, and the Tribe’s casino operations have expanded in Florida, throughout the country and internationally under his tenure at Seminole Gaming.

The News Service of Florida has five questions for Jim Allen:

Q: You’ve been trying to finalize a revised compact with state leaders for at least five years but have encountered roadblocks in the executive or legislative branches. What made the difference this year?

Allen: You know, I think that, in any piece of legislation, whether it be here in Florida or any state, I just think that’s part of the normal process, getting the three branches of government to come together. I do think, to be fair, the tribe’s revenue share being reinstated — you know, they can obviously generate billions of dollars for the state of Florida — and our desire to do that was the initial first step. I do think that when COVID obviously shocked the world, and how much budget deficits may or may not occur, whether it be in the state of Florida or so many states, and the unknown, as to how much assistance would come from the federal government, I do think that also contributed to both parties saying, let’s look at a situation that, if the Tribe reopens, obviously gets back to its previous business levels, there can be a minimum ($400 million) or $500 million-a-year solution.

Q: Sports betting has been one of the compact’s most controversial provisions for some people and most exciting features for others. Will the tribe’s plans for onsite sports betting include sports rooms similar to those offered in casinos in Las Vegas and Atlantic City?

Allen: Yes. The reality is, if you go to Las Vegas and if you walk by the sports book, the greatest percentage of time, the sports book is empty. That’s not me stating that. I think any of the CEOs of all the major gaming companies would say the same thing. So, there is not a lot of business volume on a 24-hour basis. However, when you have events — like what’s going on now, the NBA playoffs, football games, March Madness, a Kentucky Derby or a major horse race, those type events — these rooms are absolutely packed. So, I think to offer the entertainment amenity is something we’re looking forward to do, but the concept of someone sitting in the sports book placing a bet on whether the Tampa Bay Rays beat the Yankees today, we don’t think there’s going to be a lot of foot traffic there.

Q: Could you describe how online sports betting could shape Florida’s gambling environment?

Allen: Well, obviously Florida is a very large state with a population that’s projected to increase. So I do think there’s upside that, if sports betting is deemed to be legal through all the different challenges that may or may not occur, it’s clearly a business that has a lot of potential and upside. Our problem is that if you look at the illegal sports betting in online gaming sites, there is billions of dollars that’s occurring on an annual basis already from the citizens of the state of Florida. So part of our message to the leadership of the state was it’s happening anyway. It’s not regulated. Many, many times these sites are just a magnet for offshore activity that may or may not include money laundering and many other illegal activities. So why not offer the product, because clearly the citizens have told us they want it. Why not offer the product in a regulatory environment that has integrity, then obviously the state can reap the benefit of revenue share associated with that, and that is the catalyst for the Tribe to reinstate its revenue share nine years earlier than it was legally required to do.

Q: How big of a role is Hard Rock Digital playing in the evolution of the Seminoles’ gaming business, and what impact will the Florida compact have on those endeavors?

Allen: I think the answer to that is very similar for most companies in the space. If you look at any studies, if you look at your children or your grandchildren, most of them know their way around a smartphone easier, quicker than most people in their 40s, 50s and 60s and above. So, clearly the world is going digital, and we believe, as an industry — not just Seminole Hard Rock — that is where the gaming business is going in the next five to 10 years. So certainly, Hard Rock Digital is the vehicle that we will utilize to expand and fulfill the need in that space, not just here in Florida, but we already operate in New Jersey and Indiana and Iowa and other states. We will continue to do that on a global basis.

Q: What’s your vision for the Seminoles’ casino operations in Florida over the next 30 years, the duration of the compact?

Allen: I think that question has two different answers. One is obviously, what happens through this legal process that most likely will commence sometime in the next 60 days to six months. So based upon that, that will drive a decision on strategy that certainly will affect the online sports betting market. And then, obviously, the expansion of the land-based business, I think it’s a little premature to say when that may occur, because fundamentally we’re still living in a COVID environment and fundamentally there’s still a lot of people receiving subsidies from the state or the federal government and many of these will expire the latter part of this month and, at least at this time, many more expiring in September. So I think there needs to be a true leveling off of the COVID impact. Clearly, inflation is a concern. Clearly, changes in tax structure, as to what that does to markets that will affect 401(k)s and people’s individual net worth. That ripple effect needs to occur. What that does, then we have a leveling of the business, then I think we can have a more intelligent conversation on whether or not it makes sense to expand and spend another $1 billion or $2 billion creating another destination resort.