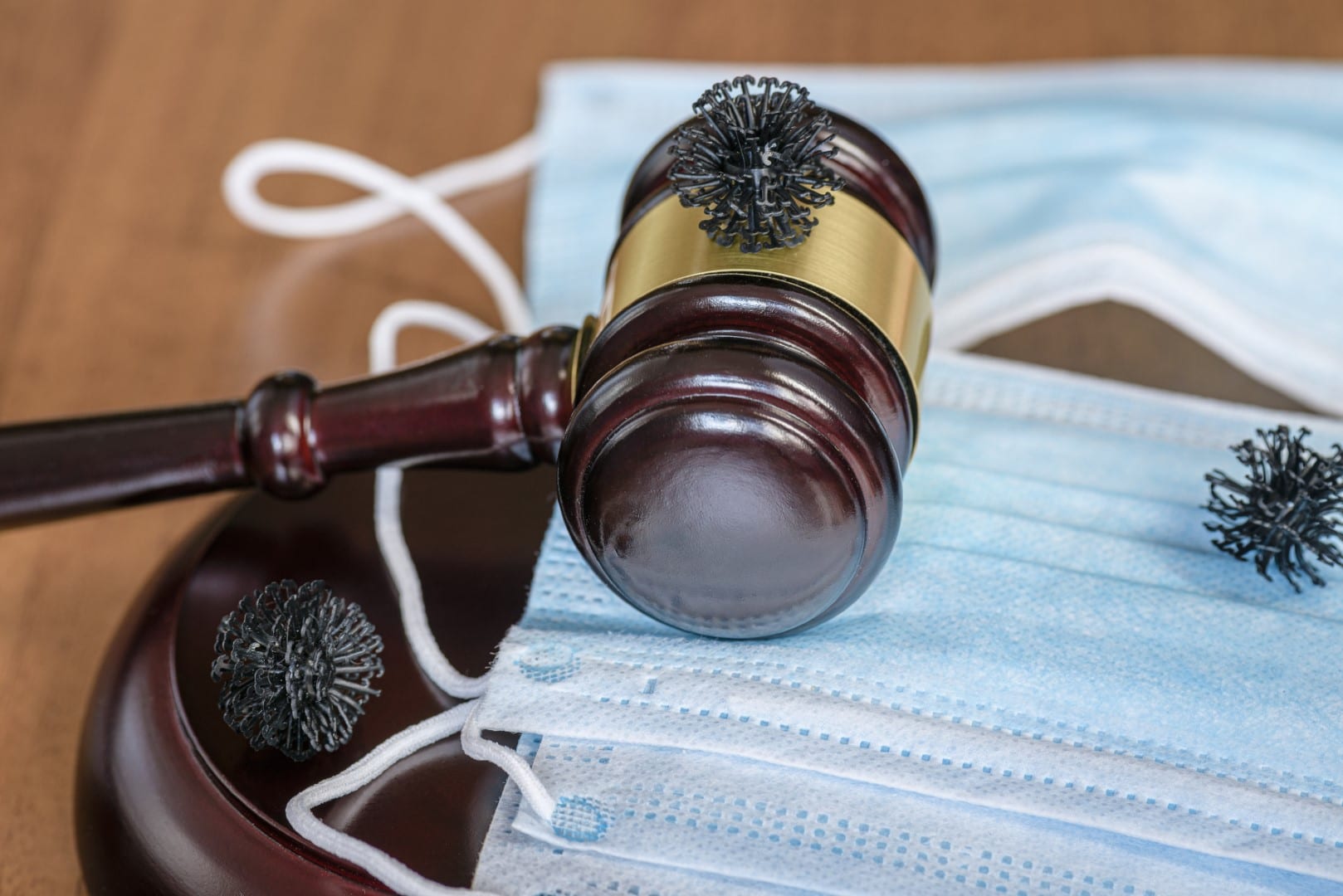 The majority stopped short of declaring the requirement unconstitutional.

Pointing to privacy rights, a divided state appeals court Friday overturned a circuit judge’s decision last year that allowed Alachua County to keep in place a mask requirement to try to prevent the spread of COVID-19.

A panel of the 1st District Court of Appeal, in a 2-1 decision, said Alachua County Circuit Judge Donna Keim did not properly consider the privacy rights of plaintiff Justin Green before she rejected a request for a temporary injunction against the mask requirement.

“The trial court simply looked at the right asserted by Green too narrowly, relying on the wrong privacy jurisprudence,” said the 13-page majority opinion, written by Judge Adam Tanenbaum and joined by Judge Robert Long. “The right to be let alone by government does exist in Florida, as part of a right of privacy that our (Florida) Supreme Court has declared to be fundamental. … (The Supreme Court) has construed this fundamental right to be so broad as to include the complete freedom of a person to control his own body. Under this construction, a person reasonably can expect not to be forced by the government to put something on his own face against his will. Florida’s constitutional right to privacy, then, necessarily is implicated by the nature of the county’s mask mandate.”

The majority stopped short of declaring the Alachua County requirement unconstitutional but sent the case back to the lower court for reconsideration.

Judge Joseph Lewis, in a 15-page dissent, sharply criticized the majority decision, writing that a “person’s privacy right is not absolute and is not to be considered in isolation, without regard for the circumstances under which the right is asserted.”

“As the trial court aptly stated, a person’s right to be let alone is no more precious than his fellow citizen’s right not to become infected by him with a contagious, airborne, and potentially fatal virus,” Lewis wrote. “The mask mandate is in no way an attempt by the government to control a person’s body, as found by the majority. The mask mandate is not compelled medical treatment, and the wearing of facial covering does not alter one’s physical person. Rather, the mask mandate is a temporary and de minimus interference with a person’s public interactions in response to a global pandemic.”

Lewis also argued that the case is moot because Gov. Ron DeSantis in early May issued an executive order that prevented Alachua County and other local governments throughout the state from requiring masks.

“The effect of the majority’s disposition could lead to the trial court’s constitutional analysis of a non-existent order,” Lewis wrote. “The trial court could not grant appellant’s (Green’s) requested relief of an injunction enjoining the county from enforcing the mask mandate contained in its emergency order because that order is no longer in effect, and so there is no enforcement to be enjoined.”

Tanenbaum and Long, who were appointed to the appeals court by DeSantis, disagreed that the case was moot, raising the possibility that Alachua County could try to impose a mask requirement in the future.

“Because of the nature of the various emergency orders that we have seen and the county’s continued commitment to public mask wearing, we are not convinced that this is the last that we will see of this issue,” Tanenbaum wrote in a footnote.

Later in the opinion, however, the majority appeared to acknowledge that the circuit judge might not have a case to reconsider.

“We remand for a new proceeding that presumes the unconstitutionality of the mask mandate, in the event there still is some mask mandate that remains to be litigated,” the opinion said.

Alachua County, which required people to wear masks at businesses such as grocery stores and restaurants, was one of numerous local governments across Florida to approve such mandates to try to curb COVID-19. Green, who operates a nursery business, took the lawsuit to the Tallahassee-based appeals court after Keim refused to grant a temporary injunction in May 2020.

Lawsuits also were filed against mask requirements in other parts of the state, with the 4th District Court of Appeal in January rejecting a challenge to a Palm Beach County mandate.

In the ruling Friday, Tanenbaum and Long relied heavily on a 2017 Florida Supreme Court decision blocking a law that sought to require women to wait 24 hours before having abortions.

“(As) we are told we must do, we will follow (and expect trial courts to do the same) what the Supreme Court made quite clear, repeatedly, in that case: The right of privacy is a ‘fundamental’ one, expressly protected by the Florida Constitution, and any law that implicates it ‘is presumptively unconstitutional,’ such that it must be subject to strict scrutiny and justified as the least restrictive means to serve a compelling governmental interest,” Tanenbaum wrote.

But Lewis, who was appointed to the appeals court by former Gov. Jeb Bush, took issue with the majority’s reliance on the precedent from the abortion case.

“It would be irrational, and downright repugnant, to liken a woman’s fundamental right to choose to end her pregnancy or an unnecessary interference with that right, which is indisputably a deeply personal decision and involves bodily integrity and personal autonomy, to a requirement that a person wear a facial covering when interacting with members of the public during a pandemic so as to curtail the spread of a contagious virus,” Lewis wrote.