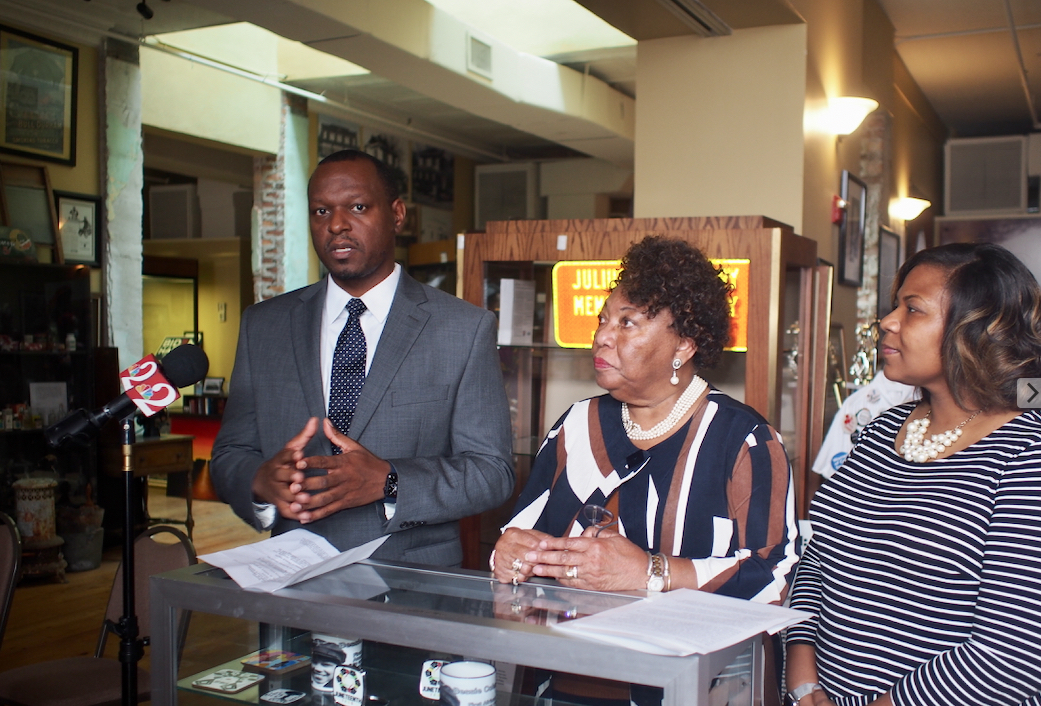 Florida now supports Black history in museums, and should do so in schools, they said.

Want to know why critical race theory education is important? Democratic Sen. Randolph Bracy and Democratic Rep.Geraldine Thompson challenged those wondering Monday to visit the Wells’Built Museum in Orlando or some other Florida museum of African American history and culture.

Look closely at old photographs and artifacts. Read some of the articles in the displays. Watch some of the videos. Explore the generations past in Florida, when Orlando’s African American community, its leaders and institutions like the old Wells’Built Hotel, and their struggles and achievements, all were segregated into the west side of town, out of sight from Orlando’s White communities — and barely known through the history taught in schools.

“Last week the State Board of Education passed a resolution prohibiting instruction on critical race theory. And that is to minimize and actually to disregard the role and the impact that race has had in our society,” Thompson said.

Author “James Baldwin said that you can’t fix what you won’t face. And we won’t face that race has been a big part of American society, and we’re still dealing with the present effects of past discrimination, the vestiges,” she added.

Bracy, who is running for the open congressional seat to represent Florida’s 10th Congressional District in Orange County, said the fight to provide critical race history is an ongoing one and must continue.

“It’s important to teach to teach our histories,” Bracy said. “I had a bill last year requiring the teaching of the Ocoee Massacre in our schools. So I think this history is important and we will continue to fight on it.”

Thompson, the Windermere lawmaker who founded and runs the Wells’Built Museum in the old hotel building, gathered with Bracy and his sister, LaVon Bracy Davis, chair of the Florida Council on Arts and Culture, to hail the $30 million in federal stimulus money lawmakers appropriated as matching grants to help Florida’s African American museums like the Wells’Built.

Bracy said he worked with Senate President Wilton Simpson and drew consultation from Thompson to get the money into the budget as a way to spread federal relief from the $1.9 trillion COVID-19 economic stimulus into African American arts and culture. Bracy called the grant program historic and a “once in a lifetime” opportunity for usually under-resourced African American museums.

If Wells’Built gets a grant, Thompson envisions adding some modern technology to the museum, as well as to do some basic upgrades.

“There are so many places like the Wells’Built throughout the state of Florida that are deteriorating, that need attention, need maintenance, and need upgrading,” Thompson said.

Bracy Davis expressed joy at the thought of what the grants, which could provide up to $1 million per museum, could do for many institutions struggling to hold on.

The Florida Council on Arts and Culture will sort through applications and award the grants.The application process should open soon, she said.

“We’re delighted. This is beyond unprecedented,” said Bracy Davis, who has been on the council for eight years. “This is phenomenal.”

Yet Thompson and Bracy could not look away from the irony that they were celebrating a victory for African American history education at the same time Gov. Ron DeSantis and other Republicans were demonizing critical race theory as something horrible that must not be taught in Florida schools.

Critical race curriculum is not horrible; it’s enlightening, Thompson and Bracy argued. It’s not intended to push away anyone else’s history, it’s intended to supplement and broaden, they said.

“All of us have heard recently about a discussion about critical race theory and whether students should learn about race and ethnicity, and dark days going back to segregation, slavery and Jim Crow. And I think those things are important in terms of understanding of where we come from,” Thompson said.

“To a large extent this is all political and is aimed at the Governor’s reelection campaign in 2022 and ambitions that he may have to run for President in 2024. And because this is not being taught in Florida at the present time, but you make an issue of it as if it is, it just says to me it’s all political rhetoric,” Thompson said.

She pointed to the Wells’Built Hotel, built in 1929. Traveling African Americans could not stay in other hotels in Orlando because of legalized segregation. Dr. William Monroe Wells first got a building permit for an African American hotel, but he could not get banks to invest, so he self-financed the project, requiring several years to do so. It went on to host a wide variety of prominent African Americans who had been barred from other Orlando hotels for decades, including Count Basie, Ella Fitzgerald, Jackie Robinson and civil rights lawyer and future Supreme Court Justice Thurgood Marshall.

“This is the physical evidence of the contributions that African Americans made to this country and by saying that we’re not going to teach it, we’re teaching it, at places like the Wells’Built, where people can come and learn about what Orlando and Central Florida was like during a time that many people don’t want to remember,” Thompson said.