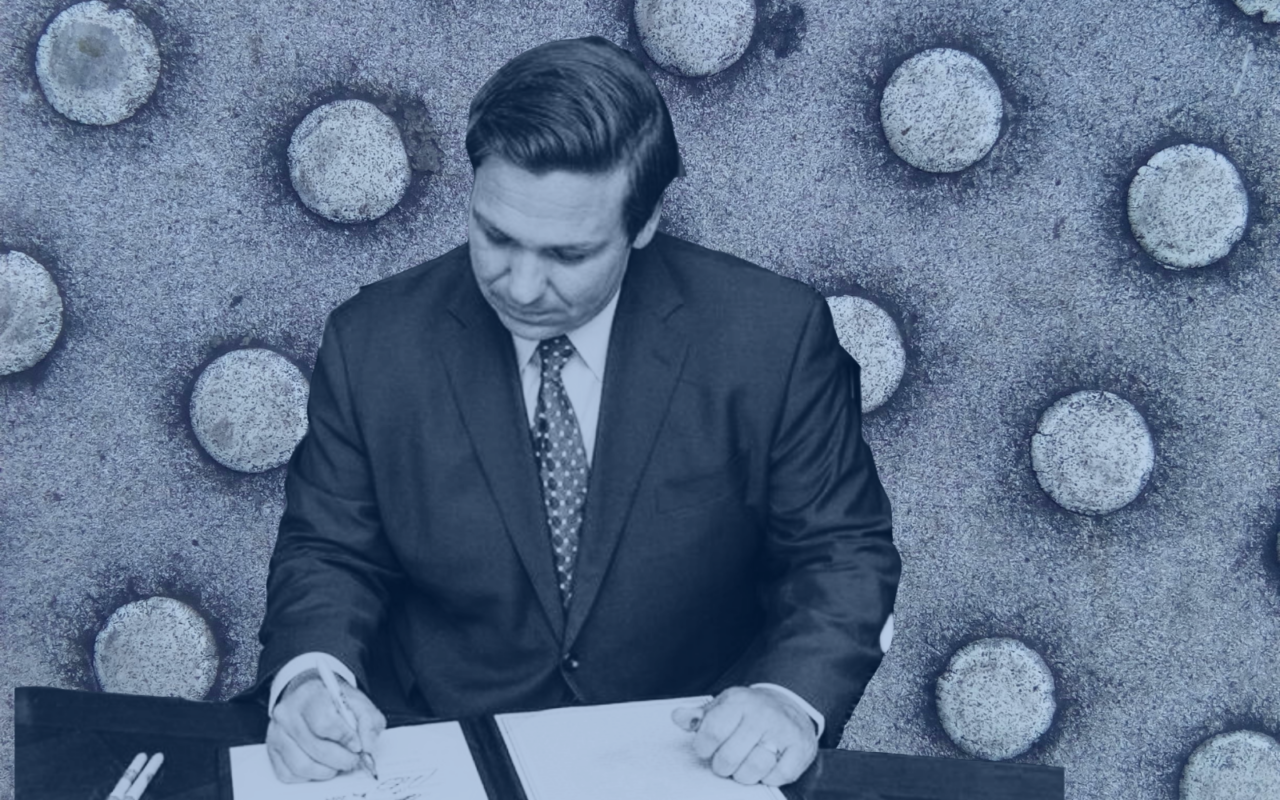 DeSantis also pardoned a couple who had been arrested for refusing to follow local COVID-19 guidelines.

Gov. Ron DeSantis took his previous crackdown on COVID-19-related fines a step further by making sure anyone left with such a fine will not have to pay it.

“This action is necessary so that we can recover, have a good transition to normal operations and also just a recognition that a lot of this stuff was way, way overboard,” DeSantis said.

At an Executive Clemency Board meeting Wednesday, DeSantis proposed supplementing a previous executive order issued in March with another statewide remission of fines for any businesses fined because of COVID-19 restriction violations that were not covered under his previous order.

After the meeting, Fried issued a written statement.

“I voted today to uphold our laws, while our so-called pro-law enforcement Governor is actively encouraging people to break the law with politically-motivated stunts like this. We’ve seen what happens when rogue citizens are empowered by misguided leaders,” Fried said in part of the written statement.

After that motion, DeSantis pardoned a couple facing charges over refusing to enforce a mask ordinance at the gym they owned in Broward County.

Mike Carnevale and his wife, Jillian, owned a gym called Fitness 1440 in Plantation. Carnevale was arrested three times last summer for defying an emergency mask order and appeared before a judge in March over the charges.

In May, DeSantis granted Carnevale a 60-day reprieve.

“Imagine, like, we see all these criminal activities that’s actually going on that we need to be stronger on, and yet we’re wasting time for somebody that’s owning a gym,” DeSantis said.

DeSantis, who during the pandemic closed all gyms in Florida from March 20 through mid-May 2020, seemed to indicate a reversal from his previous position, now saying exercise was an essential part of staying healthy to avoid COVID and gyms never should have been closed.

“Just understand, if you’re in good shape you’re going to handle COVID 99.99% of the time, and so they’re telling you, close people’s gyms, have them eat takeout and watch Netflix all day. That’s not good for health. So, one of the best things you could do for COVID is to be in good health,” DeSantis advised.

Carnevale received a full pardon at Wednesday’s clemency hearing. Fried was the sole Executive Clemency Board member to vote against the pardon.

“Local leaders made choices to protect health, safety, and local economies during an unprecedented health crisis. We cannot allow this Governor to turn Florida into a ‘cradle of insurrection’ while we have hundreds of thousands of deserving Floridians waiting for relief from their fines and fees to regain their right to vote,” Fried said in her written statement, using the term ‘cradle of insurrection to refer to a report that said Florida, so far, has the most arrests from the January 6 riot in Washington, D.C.

The Carnevales are raising money off the issue. They appeared in a Fox News segment and have started a Go Fund Me called “Mike and Jillian Carnevale Fight For Your Freedom” to raise $25,000 to go toward “fighting for your freedom and wellness, and empowering the health of our community with a new gym.”

“I’m here today to say that health and wellness has always been one of our foundational responsibilities to ourselves, it has never been role of government to be legally and lawfully enforcing and dictating health and wellness,” Carnevale said.

previousLast Call for 6.16.21 — A prime-time read of what’s going down in Florida politics