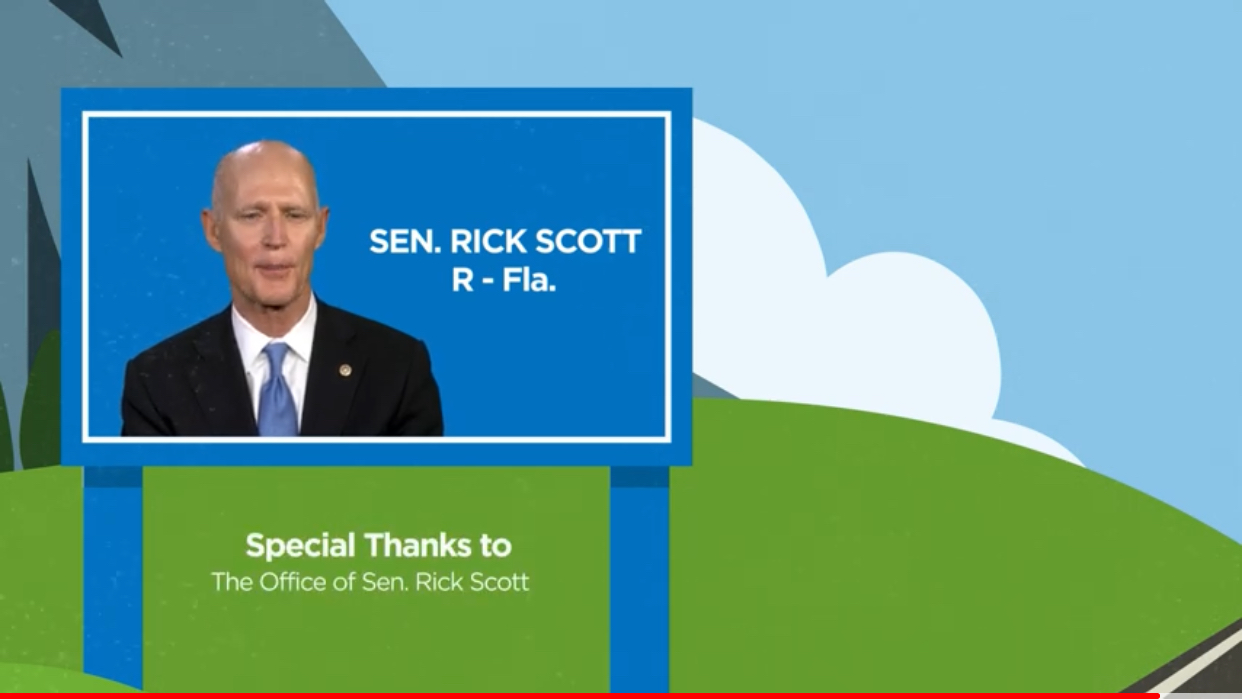 Rick Scott has been many things: a Governor, a Senator, and now a narrator of a cartoon warning about the perils of the national debt.

Scott has warned about unsustainable deficit spending especially as federal expenditures spiked during the pandemic, but not until now have those warnings featured as part of an animated series.

The cartoon begins with Scott’s disembodied voice urging viewers to imagine being on a road trip, but gas runs short.

“Your friends decide to ride with the windows down and the AC blasting, and to take some extra detours,” Scott says as the old-style Volkswagen van detours toward an elephant museum.

Scott relates this highway profligacy to the spendthrift ways of Democratic Washington.

“Government spending is pedal to the metal,” Scott warns, before the car breaks down.

“America’s tow truck bill is going to be a serious one,” he adds.

“America is in a debt crisis thanks to decades of wasteful Washington spending. As our national debt nears $30 trillion, we are seeing substantial increases in inflation, which means the prices of every day goods are going up for families in Florida and across the nation. Government shouldn’t work this way. We can get this spending and debt under control and make sure that our debt doesn’t continue to stack up without accountability,” Scott contended, before working toward a call to action.

“It’s all up to us, and I’m proud to partner with the Heritage Foundation for a new series: Road Trip on a Budget, to highlight how we can work together to put America back on a fiscally responsible path forward. Tune in!”

“When politicians talk about the national debt and the deficit, most Americans’ eyes glaze over. It’s just not a relatable topic to most people, and discussions often get too far into the weeds. But the fact is, excessive government spending and debt will eventually affect every single American, especially our children and grandchildren, in the form of higher taxes, a slower economy, fewer jobs, and higher prices for nearly everything. The American people deserve to know how rampant government spending is affecting their future. What Heritage and Sen. Rick Scott have done with the ‘Road Trip on a Budget’ series is package this kind of critical knowledge in a format that’s understandable, compelling, and accessible to everyone,” James enthused.