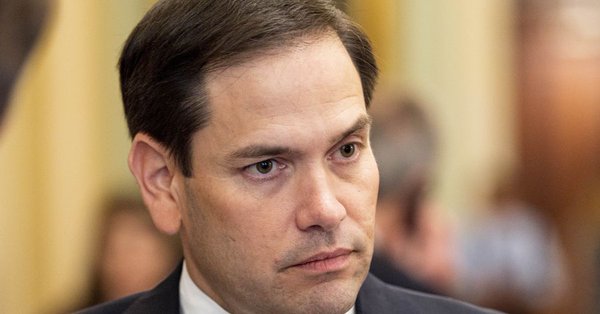 The Senator worries Biden can't stand up to Putin.

The Senator, who has expressed concerns about the President’s ability to do the job before, described a “tightly scripted” Biden and a Vladimir Putin eager and willing to test the American President.

“Given what we’ve seen recently from the President, I think it’s probably not a wise choice to put him in that situation, either one,” Rubio summarized.

The Senator made the comments on the Newsmax television network’s Stinchfield program, where he continued to depict the Biden/Putin faceoff as a mismatch where America was disadvantaged.

“My guess is that Biden was very tightly scripted. They had to write things out for him. Put things on a piece of paper,” Rubio said.

When asked about whether he was “concerned” about Biden’s “weakness,” Rubio said he was.

“I’m concerned simply because once Putin has sized him up, he’s going to ask himself ‘I’m going to test this guy. How far can I go? What can I do?'”

“I think what he wants to size up is ‘what is this guy’s pain tolerance? What is he willing to put up with in order to preserve a deal or in order to avoid a conflict or in order to, you know, not have a hassle on his hands that he has to deal with.”

“That’s one of the things he’s looking at, and he’s going to play that,” Rubio added. “I’m most certain he went in looking for an assessment, a personal assessment, as to what was Biden willing to put up with and not put up with. How far can I push this guy?”

For Putin, this is a “zero-sum game,” Rubio said, with Putin’s goal to “embarrass and frustrate” American aims.

Rubio continued to cast aspersion on the President’s competence Thursday, during an appearance on the Fox Business Channel’s “Mornings with Maria.”

Pointing out the Biden decision to present Putin with a list of targets off limits for cyberattacks, the Senator suggested that Putin may think “this guy may not be in full control” of the Presidency.