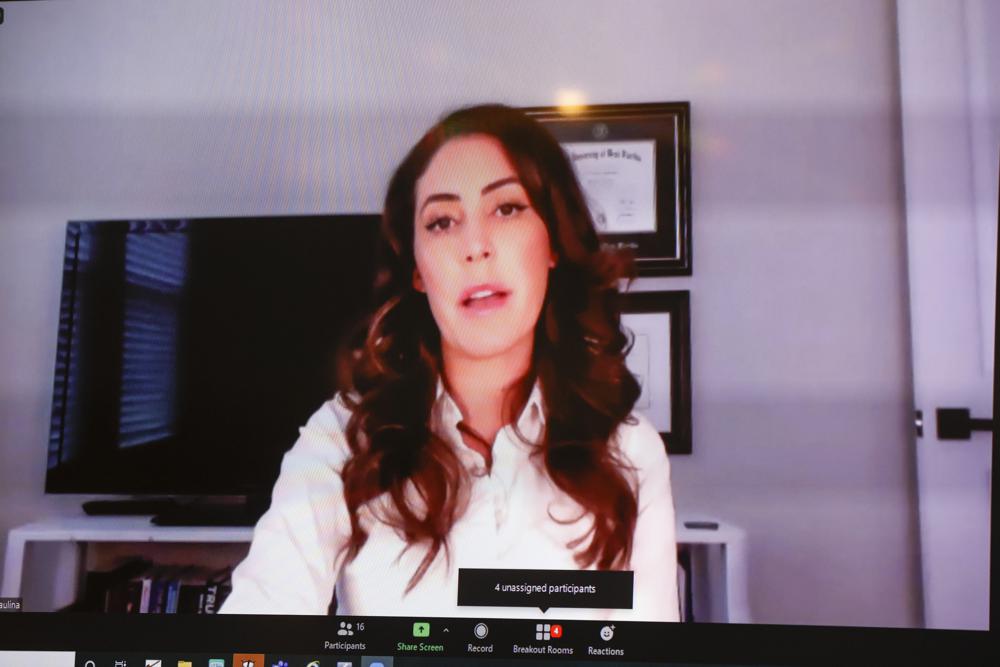 A reported recording of William Braddock discussing a 'hit squad' is not yet public record.

Claims by a Republican congressional candidate that another GOP hopeful plotted to kill her landed Tuesday in a Florida courtroom.

Anna Paulina Luna, who plans to run for Florida’s 13th Congressional District seat after losing a race for the slot in 2020 to Democratic Rep. Charlie Crist, contends in court documents that GOP challenger William Braddock is stalking her and wants her dead. Luna has filed a petition for a permanent restraining order. Pinellas County Circuit Judge Doneene Loar had previously granted a temporary restraining order for Luna and a conservative activist and friend of hers, Erin Olszewski, after the allegations surfaced.

In court Tuesday, Braddock, who has already filed as a GOP candidate, told a judge he opposes the injunction and wants to “obtain, review and validate” any evidence against him. He did not directly address the accusations but has denied them in the past and called them politically motivated.

“I don’t know what they have,” he said in court.

Loar agreed to delay the hearing until July 9 to allow both sides to exchange evidence. She said the temporary restraining orders against Braddock and Olszewski will remain in effect, and she cautioned him to not violate them.

In her petition, Luna claims she received text messages recently between Braddock and some associates in which he allegedly said he wanted to “take me (Luna) out.” She also said others told her “that means he intends to kill me.”

“I do not feel safe and I am currently in fear for my life from Mr. Braddock,” Luna said in her petition.

The case took a darker and somewhat bizarre turn last week when Politico reported that Olszewski had secretly recorded a phone call with Braddock earlier this month in which he says the alleged “Russian and Ukrainian hit squad” could kill Luna within 24 hours.

“Luna’s going to go down and I hope it’s by herself,” Braddock says in the recording, according to Politico, which said it had obtained the recording. “For the better or the good of the majority of the people, we’ve got to sacrifice the few.”

According to the report, Braddock described the “hit squad” as being armed for “close-battle combat” to make sure nothing was left to chance.

“No snipers. Up close and personal. So they know the target has gone,” Braddock said, according to the Politico report. The online news site quoted Braddock as saying he hadn’t heard the recording and that there there was no proof it was him on it.

The recording was not mentioned in Luna’s petition or in Tuesday’s hearing, which was conducted by video conference. Politico said Olszewski turned the recording over to law enforcement officials, who declined to release any information to The Associated Press, citing an ongoing investigation. No criminal charges have been filed.

Olszewski did not respond to phone calls and emails from the AP. Her attorney, Katherine Yanes, said in an email Tuesday that they were pleased with the judge’s ruling keeping the injunction in place but had no further comment.

In 2020, Luna lost by about 24,600 votes to the far better-known Crist in the District 13 congressional race in Pinellas County. Crist, a former Republican Florida governor who has held several other high-profile offices, is running for Governor in 2022 as a Democrat.

A slew of candidates are running for the district, which could be key to determining which party controls the U.S. House after next year’s elections.

Among the other candidates in the race are Democratic state Reps. Ben Diamond and Michele Rayner. More candidates are expected to join the campaign.

nextSunburn — The morning read of what’s hot in Florida politics — 6.23.21