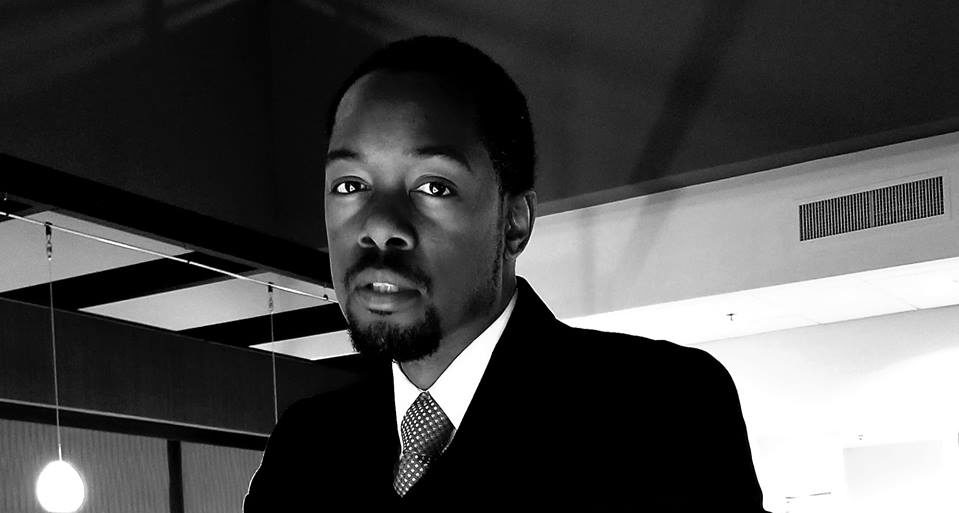 Even with Val Demings in the race, the Sebring underdog sees a path to victory.

When the effort had barely begun to retire Marco Rubio, Sebring Democrat Allen Ellison said he was up to the challenge. A two-time candidate for Congress in the deep red Florida Heartland, Ellison announced back in December that he could be the bright new face to take on a two-term incumbent. With a background part Jaime Harrison and part Jon Ossoff, Ellison jumped in with rigor and raised more than $120,000 in the first four months of his candidacy.

Of course as summer heats up, Ellison is no longer the most experienced campaigner in the Democratic primary. He’s not the only prominent Black candidate in the race since Rep. Val Demings jumped in. He’s not even the most famous guy-who-when-you-call-him-you-can-call-him-Al since former Rep. Alan Grayson jumped in. But he’s convinced he has the drive, knowledge and back story to make it to the U.S. Senate this year.

“I know we definitely have to step up our media outreach,” Ellison said. “I think we are going to have to work even more aggressively than we already are on voter outreach. But for the most part, we are doing our part to reach voters in a way only we can.”

Ellison hopes his early entry means something. At this point, eight Democrats have filed for Senate in the 2022 cycle. As of the end of March, Ellison reported $28,553 in remaining cash on hand, more than anyone in the race except Rubio. While Demings has since moved her House campaign account into the Senate race and brought with it more than a million in cash, Ellison believes he can raise the funds for a competitive race.

More important, in his eyes, he’s developing relationships with voters now. A team of volunteers worked with Ellison has reached out to voters statewide not only to educate them abut the candidate but about what federal programs and services could assist them with various challenges in their lives. Licensed attorneys will place calls to federal agencies on behalf of individuals unable to access benefits. Letters will be written and sent on citizens’ behalf about unemployment, health care and any number of matters.

In one sense, stepping up has been the hallmark of Ellison’s involvement in politics. Democrats in 2018 found themselves in an unexpected bind after the sudden death of April Freeman, the Democratic nominee for an open House seat. Ellison jumped in, prepared to pay his own qualifying fee and self-finance the campaign, unable to access Freeman’s account. He lost to then-state Sen. Greg Steube, who would go on to beat Ellison again in 2020.

After running for that seat twice, Ellison at this point sees a greater chance at success running in a wide field of challengers against a two-term incumbent in a statewide race than he would filing in Florida’s 17th Congressional District. But he’s grateful for the experience running two federal campaigns, neither one with any support to speak of from state or national Democrats.

And he feels confident he will stand up well on any debate stage.

“If I can get on this stage with this message and have my voice amplified, I could make a real play to win the entire state,” he said.

The Highlands County native has worked on consulting matters for agriculture, public policy and finance for years. He holds a degree from Florida Southern College in political science and in 2014 founded the Center for Economic & Policy Development that focuses on facilitating economic development in Central Florida and rural Florida.

Since the congressional district in which he ran is so geographically large, covering parts of eight counties, Ellison has developed relationships with political and business leaders in virtually all of Southwest Florida. That’s something candidates headquartered in urban areas like Orlando don’t bring to the primary.

When asked about his main Democratic rival, Demings, Ellison declines to offer any specific critique.

“All of our candidates are a better fit for this seat than Marco Rubio,” Steube said. “Out of all the time he has spent in the Senate, most people I talk to can’t think of a single thing he has done that directly impacts their world for the better.”

But he adds most voters feel they don’t see any federal official who are focused on improving constituents’ lives.

“Most don’t feel any impact from any elected officials in Florida,” he said. That includes members of the Senate and the House, Republican or Democrat. It includes who it includes.

Ellison believes policy positions can win the day, and he brings a promise to add teeth to requirements employers pay men and women equal pay for equal work. He believes a focus on disability benefits, a “sleeping giant” issue touching the lives on 2.8 million Floridians, will move voters and improve the quality of life for residents here. He believes veteran suicides can be cut by establishing better programs transitioning service members from active duty to civilian life.

The race has changed a great deal since Ellison first threw his hat in the ring. Had no major players come along, he might have been a sleeper candidate. He looks toward Democrats in Georgia who pulled spectacular upsets in 2020, flipping the state blue in the presidential election and following it up with runoff victories for now-Sens. Raphael Warnock and Ossoff.

That shows Democrats who mobilize voters even in rural areas, and those who have never held elected office before, could deliver some surprises next November. For the record, Ellison said an examination of biographies makes Ossoff, a foreign policy major who also lost two House races before unseating a longtime incumbent Senate, the candidate who took the path Ellison wants to follow to Washington.

Ellison knows he will need more money, though he eschews corporate and PAC donations. Running statewide in the third largest state in the union for the office at the very top of the ballot could require a grassroots effort never seen before here to work.

“But the uphill battle is getting beyond the primary,” he said. “I know I can win over independents and some Republicans after that.”