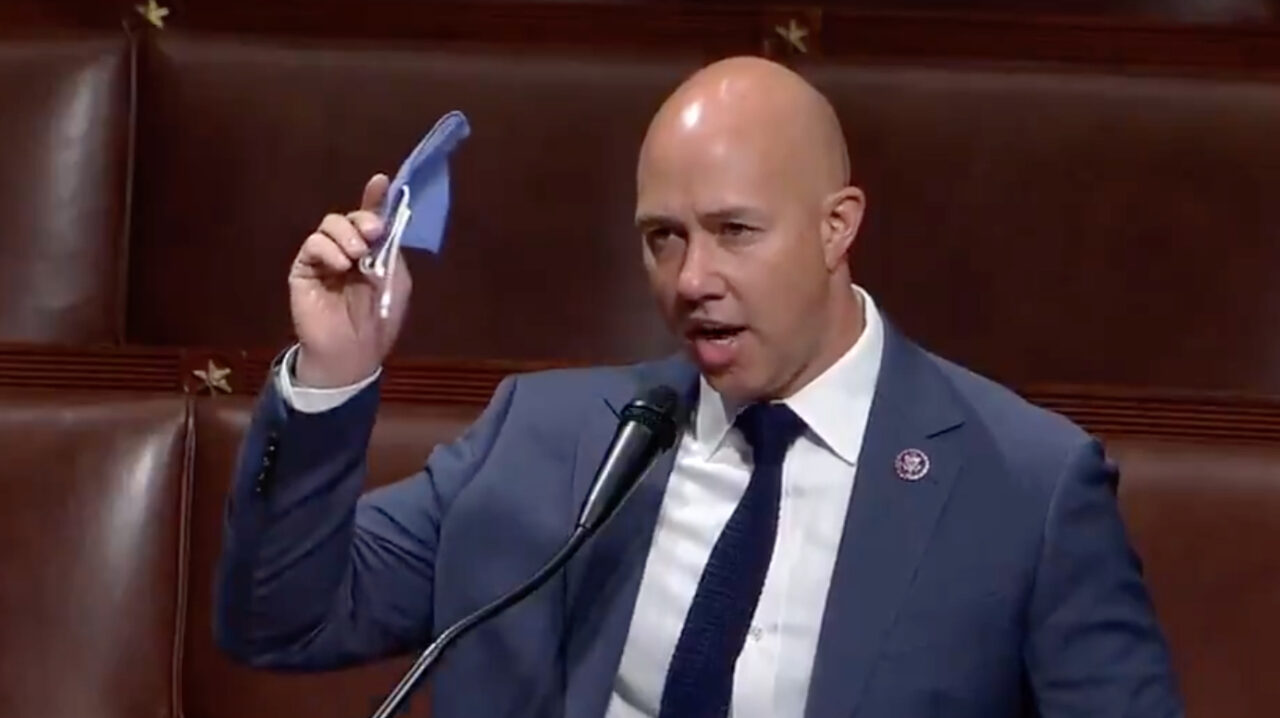 Mast appealed the fine, but that appeal has now been rejected.

The House Ethics Committee has rejected an appeal from GOP U.S. Rep. Brian Mast, after Mast challenged a $500 fine for refusing to wear a mask on the House floor.

Mast didn’t hold back regarding the decision in a statement obtained by Florida Politics.

“The Ethics Committee has become a partisan clown show holding show trials for the amusement of Nancy Pelosi while unilaterally overturning fines for Democrats and enforcing them against Republicans,” Mast said.

“It’s absurd that after a year of telling Americans to ‘follow the science,’ Speaker Pelosi refuses to take her own advice. I was vaccinated, I was following CDC guidance, and yet, I was still fined because it has never been about the science for Speaker Pelosi. It has always been about power and control.”

Mast faced the fine after a second violation of the House’s mask policy. Mast’s office says he’s fully vaccinated, which sharply reduces the need to wear a mask. Nevertheless, he openly flouted House rules in May, prompting the fine.

Days later, on May 24, Mast appealed the fine to the House Ethics Committee, which is chaired by Democratic Rep. Ted Deutch of Florida’s 22nd Congressional District. Mast cited multiple reasons why the fine should be dismissed.

“I am fully vaccinated and followed the science, which on May 13, 2021, was updated by the CDC to state that ‘fully vaccinated people no longer need to wear a mask or physically distance in any setting,'” Mast wrote in his appeal letter. “Any requirements to the contrary are reliant on the CDC guidance and so must fall within the CDC’s update.”

The Ethics Committee had 30 days to act on the appeal and declined to do so. Therefore, as of Friday, June 25, Mast’s appeal was effectively denied.

Though COVID-19 cases have been dropping around the country,  Pelosi has refused to drop the House mask mandate, citing the significant portion of Republican lawmakers who have not been vaccinated. In the Senate, where only a handful of members have not gotten a shot, the mask rules have been relaxed.

Mast has resisted paying the fine, but conceded House leadership may force his hand.

“They say they’re going to dock your pay. I’m not by any means going to willingly give Pelosi one penny from this world. So we will see what happens. We’re going to fight it, and hopefully, we won’t have to pay that, but I think she is going to do her best to make sure we do.” Mast said.