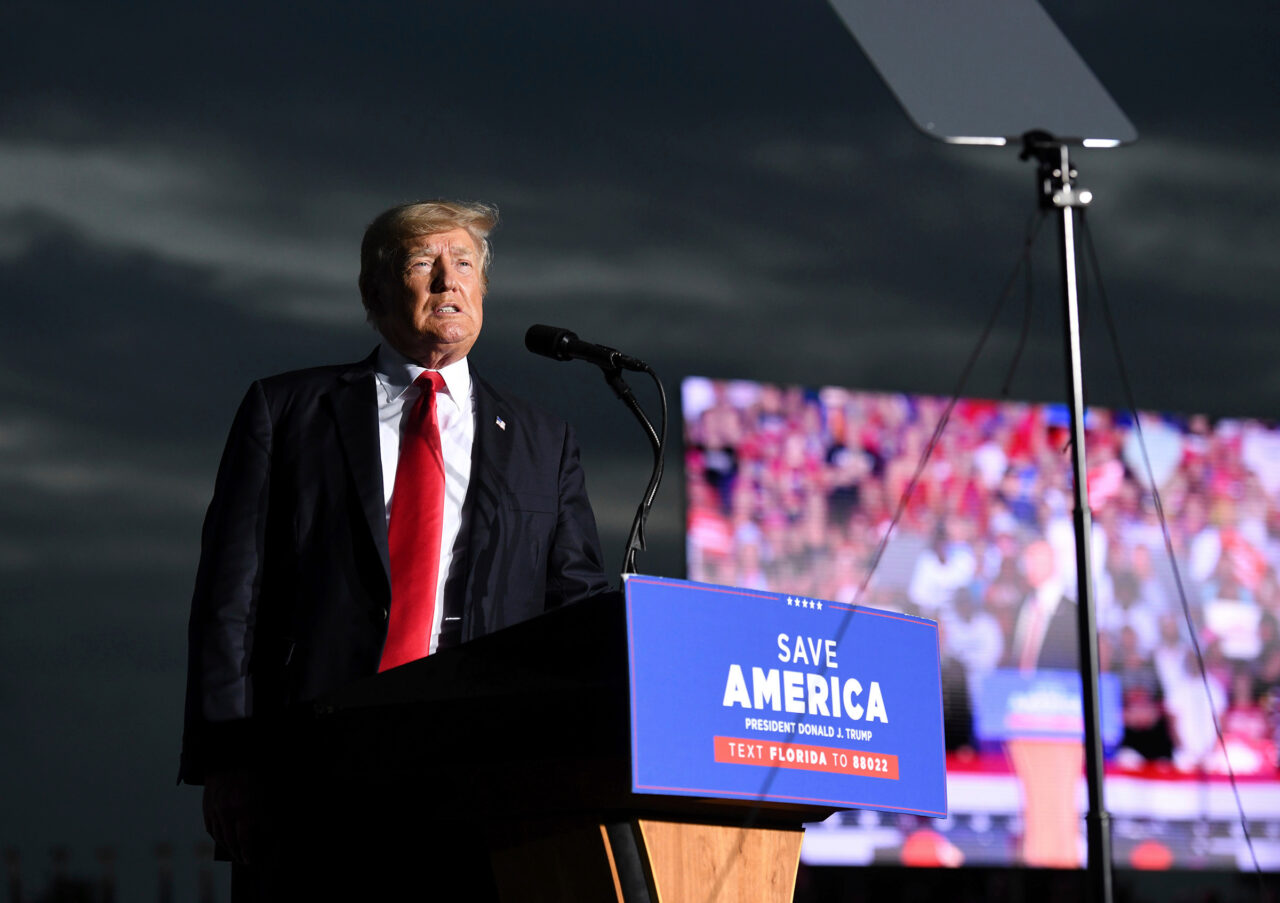 The turnout for Trump's "Save America" rally in soggy Sarasota should remind everyone the former President will leave the stage when he is good and ready. And he's not ready.

Trump’s true believers still believe, and there’s no room in their hearts and minds for anyone else. That’s true, even if it means siding with Trump against a Governor they really like. Why else would thousands sit through buckets of rain to hear their heartthrob make the same points he makes every time he opens his yap.

But his people listened in adoration, even though they’ve heard it again and again. It’s like a movie they’ve watched 20 times and know every line by heart, but they can’t wait to see it for the 21st time. They will savor that showing as much as the first one.

“This is the kind of persecution they’re doing, as an example in New York, that you would see in Third World nations,” he told the crowd. “It’s reminiscent of a communist dictatorship targeting its political opponents … There’s no depth to which the radical left will not sink to stop our Make America Great Again movement.”

Um, communist dictators aren’t the only ones to target political opponents. Or did everyone forget how Trump wanted his Attorney General to investigate and even arrest Hunter Biden, Joe Biden, Jim Comey, and Hillary Clinton, among others?

He pressured then-Vice President Mike Pence to invalidate Biden’s election, even though there was no legal ground to do so. He bullied Georgia leaders to “find” him enough votes to win the state in the 2020 election. We could go on and on.

True believers know all that, and they don’t care. Don’t try to explain it and, whatever you do, don’t bring up Trump’s legal issues, the lies he tells, and the Jan. 6 insurrection. You’re wasting your breath.

They never will, either, because they believe the other side is more crooked and the Deep State is covering it up.

Meanwhile, DeSantis didn’t attend the rally because he was on the job at the collapsed condo in Surfside. Trump said he understood but, interestingly, didn’t mention DeSantis at the rally.

DeSantis has been a Trump loyalist from the get-go, but his popularity is rising, and that could put him in the crosshairs. In Trump’s world, there is no room for anything but total loyalty.

And, oh my gosh, did you see that DeSantis sat next to President Biden last week at the Surfside catastrophe. Gasp! He even praised the President, calling the federal response “great.”

“You guys have not only been supportive at the federal level, but we’ve had no bureaucracy,” DeSantis said.

He even praised the Federal Emergency Management Agency. That’s not a misprint.

“I was able to speak yesterday with FEMA Director Deanne Criswell, and they were great. They have supported some emergency assistance. Obviously, the search and rescue is primary. Any lives, they’re trying to save lives. That’s clearly the most important thing,” DeSantis said.

That’s the same agency that DeSantis belittled during the early COVID-19 vaccine rollout. He said then that “FEMA camps” would add unnecessary bureaucracy to vaccine distribution.

He later changed his mind and decided they were OK after all.

I wonder how all that played to the true believers? There is no room for bipartisanship in Trump’s world, even during a disaster. That’s true of Democrats and even dissenters in his own Republican Party.

Oh, come on, we know how it played to the true believers.

They loved every minute. If it took standing out in the rain to prove that, it’s a small price to hear everything from the former President they’ve heard dozens of times before.

If and when he comes back this way, they will line up to hear it all again.