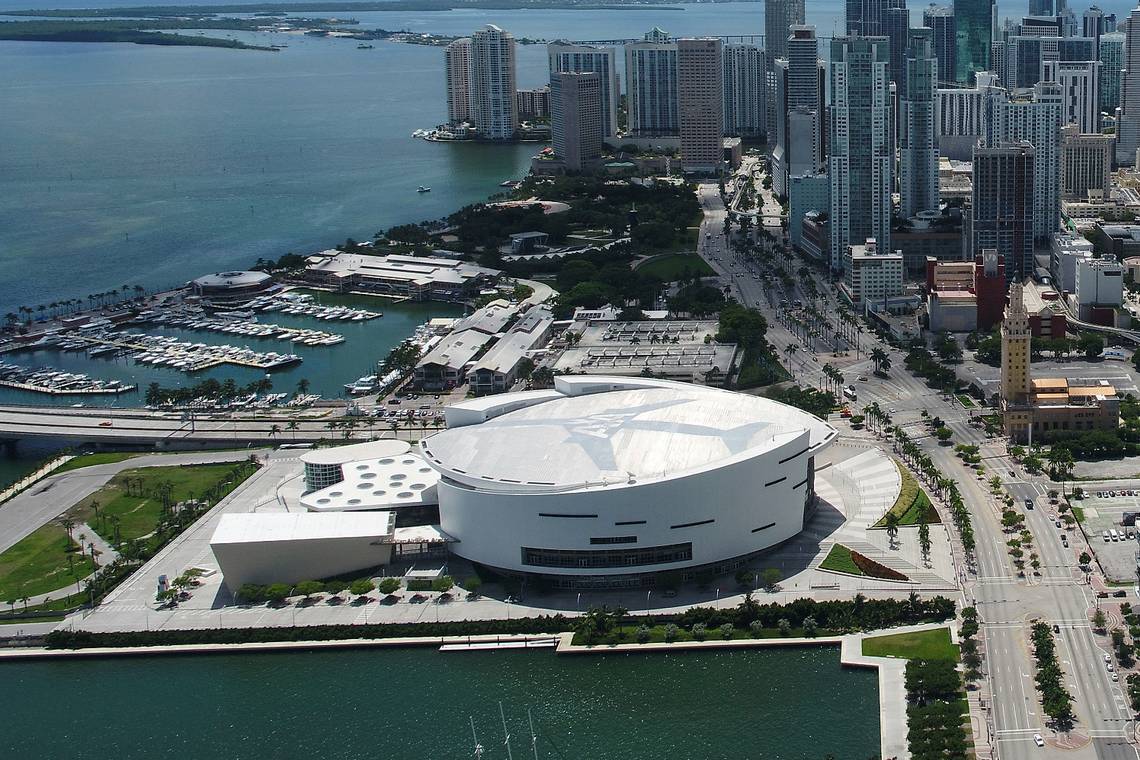 Miami-Dade County will have $90 million to spend on fighting gun violence and poverty through 2040.

Miami-Dade Commissioners have quietly approved an additional layer of oversight to how money will be spent from a $135 million deal to rebrand the home of the Miami Heat as the FTX Arena.

Commissioners unanimously and without comment Tuesday OK’d a resolution by René García directing Mayor Daniella Levine Cava’s administration to “annually review, audit, analyze, and report to the Board on the use of all funds disbursed” from the county’s cut of an agreement to rename the Heat arena.

The deal, sponsored by Keon Hardemon, marked the first arrangement under which a United States sports arena is to bear the name of a cryptocurrency exchange. Through 2040, it’s expected to yield the county $90 million.

The remainder of the funds will go to Heat subsidiary Basketball Properties Inc., which manages the facility formerly called American Airlines Arena, and to naming rights agent The Superlative Group, which Miami-Dade hired in 2018 in exchange for 5% of the yearly title income.

American Airlines’ name expired in December 2019. Until commissioners secured the new deal with FTX in March, the county was paying Basketball Properties a monthly fee of $166,667.

Myles Gallagher, President of The Superlative Group, told commissioners shortly after the county hired his firm that a new naming deal would “conservatively (be) worth at least $6 million” a year. The deal with FTX is worth more than $7.1 million per year, of which the county will get about $4.7 million.

A general plan for spending that share was baked into Hardemon’s item; the money would be divided between the county’s 13 commission districts and go toward anti-gun violence and anti-poverty initiatives.

A far more detailed plan from Levine Cava’s office came three months later. Through 2022, the “Peace and Prosperity Plan” is to spend about $7.8 million on a blend of after-school programs, summer programs and increased surveillance.

The plan also includes yearly evaluations of how effective the various programs are in reducing homicides, shootings and participant recidivism rates.

García voted in March against the FTX deal on the grounds that it lacked transparency — the county made details of the agreement public less than 24 hours before commissioners held a special meeting to vote on the matter — and specificity for how the money would be spent.

And while he voted in June for Levine Cava’s more detailed plan, he said, it remains vital that those funds are closely monitored.