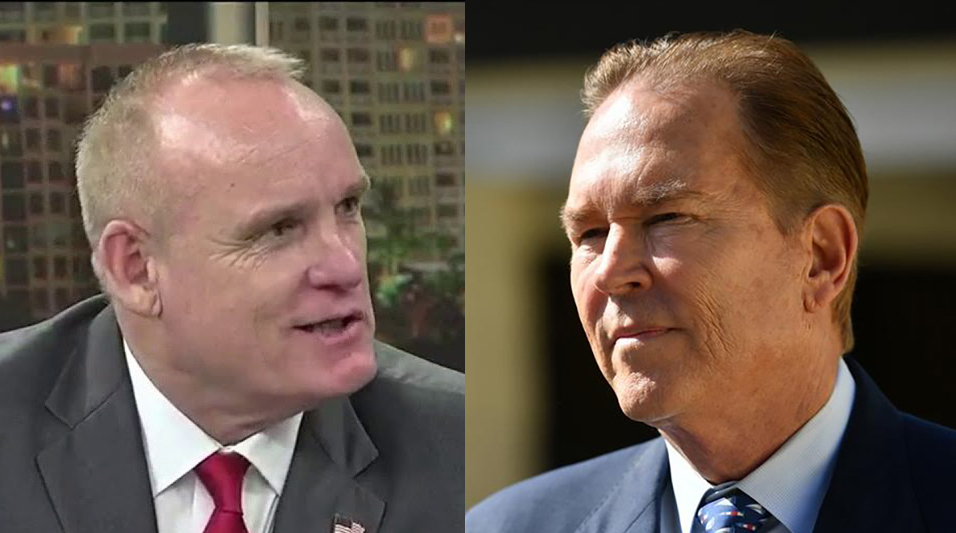 Hyde says the incumbent has money, but no conservative support.

Sarasota activist Martin Hyde loaned $30,000 to his own campaign for Congress, according to his first federal finance reports. But fresh off the news incumbent Rep. Vern Buchanan, a Longboat Key Republican, raised nearly $600,000 in the second quarter of 2021, it’s clear who holds the financial edge in this GOP race.

That’s no surprise to Hyde, he says. He still believes voters in Florida’s 16th Congressional District have had enough of Buchanan’s moderate governance.

“This is not a shock,” Hyde said. Especially knowing Minority Leader Kevin McCarthy headlined a fundraiser at Buchanan’s home, a successful quarter for the incumbent was a given.

“It would almost be weird if someone gave me that much money,” Hyde said.

But while that may be true considering Hyde’s effort to unseat an eight-term incumbent from within his own party, it’s still striking how little in outside dollars Hyde reported. His second quarter filing shows $3,914, the total from two individual contributors besides Hyde.

That has Buchanan-world dismissing Hyde as hype.

“I’ll shoot it straight — there’s a reason Vern’s last Primary challenger lost by 41,000 votes,” said Max Goodman, a close adviser to Buchanan. “It’s because Republicans in this district respect Vern’s no-nonsense attitude and his dedication to defending conservative values that make this area the best place in Florida to live.”

The incumbent didn’t face a significant challenge from his right either year. Goodman notes, though, he did face Republican James Satcher, now a Manatee County Commissioner, in 2016 and won his Primary with more than 80% of the vote.

Hyde slammed a speech Buchanan gave at a rally for Trump in Sarasota last weekend and posted a video of pauses in the speech that at one point included the sounds of booing while Buchanan was on stage.

“To be honest, he did his best impression of Joe (Biden),” Hyde said. “He was terrible. He was confused and conflicted. He talked about the Green New Deal, which might make sense for me, but he voted to stay in the Paris Climate Accords.”

Buchanan did speak. Trump even gave a shoutout to the hometown Congressman during his own headlining speech. Meanwhile, organizers say Hyde begged for a spot on the roster of speakers, but was denied any time at the mic.

Hyde said he has yet to hold a formal fundraiser. Groups of conservative activists have met at his home to discuss campaigning.

The challenger knows a run will cost money, but believes he can win with a $500,000 campaign, less than Buchanan took in this quarter. He also said he knows he can’t rely purely on a protest vote. But in a Primary, he believes it will take just north of 40,000 votes to win.

Buchanan, for his part, is barely acknowledging he faces a contest yet.

“I’m humbled by such a strong show of support so early in the campaign,” Buchanan said. “People are responding to my positive agenda of recovery and rebuilding, protecting veterans’ benefits and safeguarding Social Security and Medicare.”

Perennial candidate Jan Schneider has filed as a Democrat, as has Benjamin Miranda-Padilla.