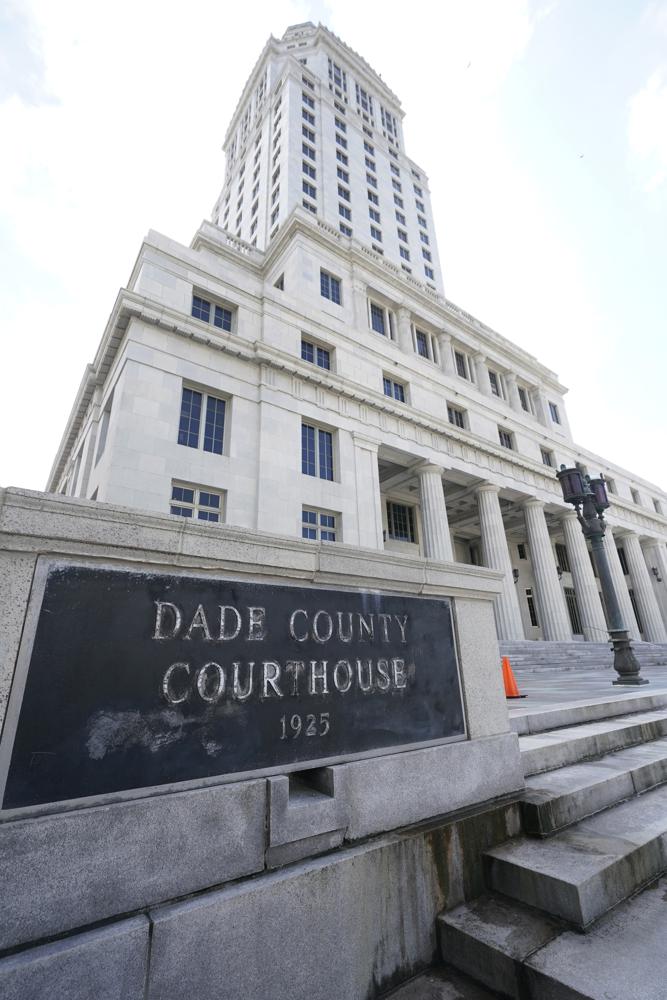 Courthouse employees will go back to working from home.

The Miami-Dade County Courthouse will begin undergoing repairs immediately after a review, prompted by the deadly collapse of a nearby condominium building, found that safety concerns exist within the courthouse, officials said.

A joint statement from multiple leaders released late Friday said an engineer’s report recommended floors 16 and above be closed to staff at the courthouse. The leaders decided all courthouse employees would go back to working from home.

The courthouse, a historic building completed in 1928, is where most civil cases are heard and contains some administrative offices. Separate courthouses for criminal, children’s and family cases are not affected.

The statement said workers only recently returned to the building after working remotely due to the coronavirus pandemic. Court operations will go back to a remote format until the safety concerns are addressed. People with upcoming court proceedings scheduled to take place in person will be receiving a new notice with instructions, the statement said.

Specific details about what repairs are needed were not disclosed. The courthouse was built in 1928 and added to the U.S. National Register of Historic Places in 1989, news outlets reported. The building has 28 floors.

Miami-Dade County is in the early stages of construction of a new civil courthouse, with plans to sell the historic building. Over the years it has been beset by leaks, mold and issues with its facade.

The building underwent a review following the collapse of Champlain Towers South in Surfside.

“Please pray for all those who’ve lost loved ones and for those whose hearts are broken by this unspeakable tragedy.”

The recovery effort was to continue despite expected bad weather throughout the day. She added that recovery work paused for about an hour after a nearby lightning strike at 7 a.m. Saturday. No evidence of asbestos has been found at the site so far, she said.

Several other buildings have been reviewed to search for any structural concerns, and some — such as a condo building in North Miami Beach — have been evacuated.

The statement said the courthouse’s basement would also undergo an inspection to determine whether additional repairs are needed.

previousWinner and Loser of the Week in Florida politics — Week of 7.4.21