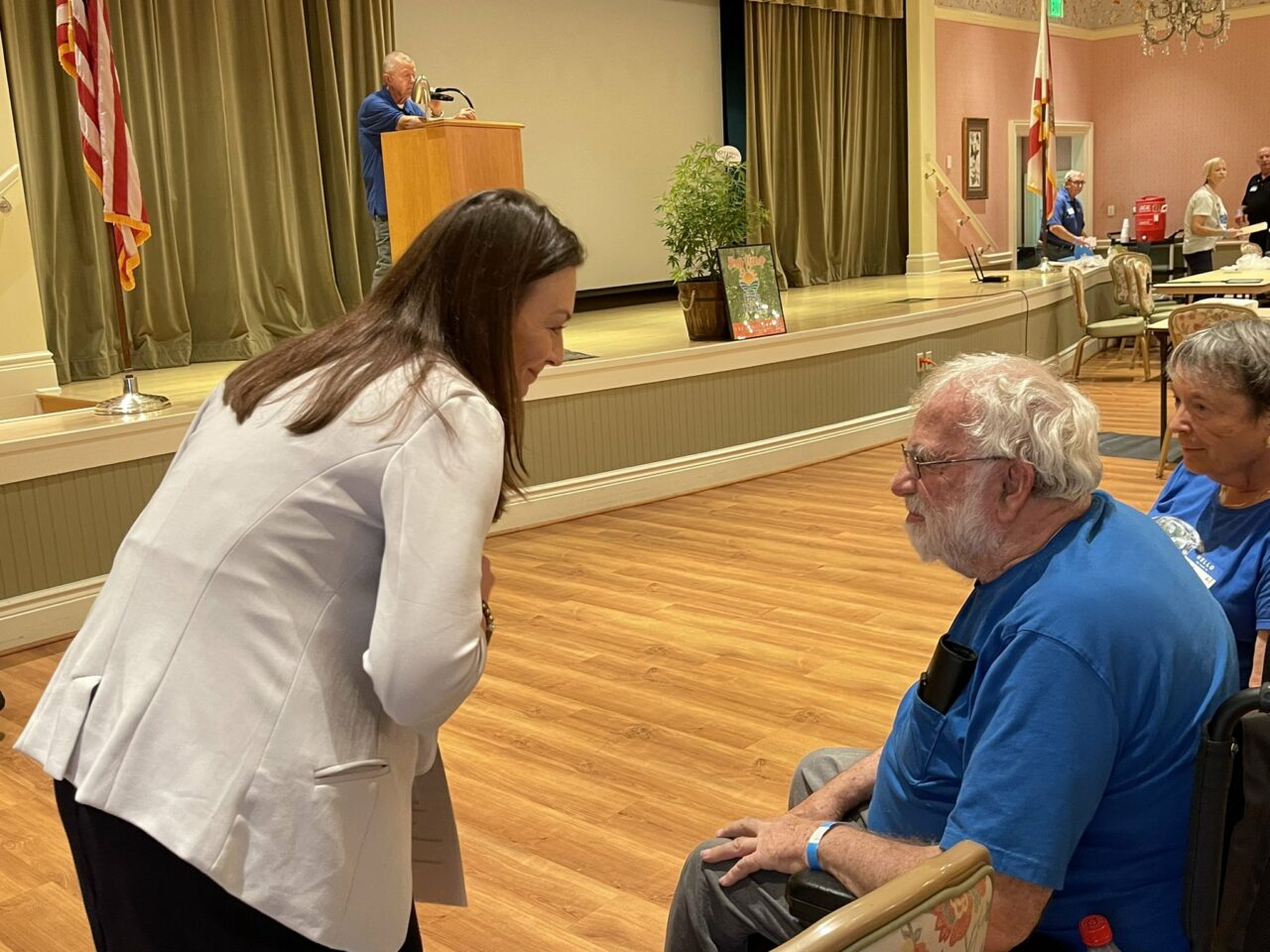 The presentation went over common CBD scams to watch out for, and ways to check if a product is qualified.

Agriculture Commissioner Nikki Fried and the Florida Department of Agriculture and Consumer Services appeared at The Villages Saturday to host a Consumer Town Hall for residents.

The town hall, which hosted about 50 residents, focused on common consumer scams targeting seniors. Fried, who is also running for the governor’s seat in 2022, was accompanied by staff from FDACs Division of Consumer Services to address those scams and what the division is doing to deter them.

The most common cons seniors fall victim to are robocalls, especially those that “pull at the heartstrings,” Fried said. Those calls often claim a grandchild is in jail and requires financial assistance or claim that they were calling from the IRS and there’s an arrest warrant out for the individual.

“A lot of the fraud happens really through robocalls,” Fried said, adding, “As well online scams, too.”

The department also covered how to report scams to the office and informed them of investigators who work around the state with local, state and occasionally federal law enforcement to crack down on scammers.

“We have a terrific track record of getting money back to our consumers,” Fried said.

Great to connect with so many residents in The Villages today at our Consumer Town Hall where we discussed @FDACS’ work fighting fraud & scams, and CBD/hemp product safety. We’re working hard every day to protect Floridians! pic.twitter.com/xgXpUEeHMR

FDACS Director of Cannabis Holly Bell was also in attendance to provide an update of the department’s work on CBD/hemp product consumer safety — an area that garnered a lot of interest from attendees, Fried said.

“Immediately after we were finished, they stormed the CBD table to get information and samples and to ask further questions to our producer that was there,” Fried said.

The department and its Office of Cannabis manage and regulate Florida’s hemp program and cannabis products, including CBD. The state’s hemp program was created back in 2020.

Bell went over CBD scams for consumers to watch out for, including ensuring a product is qualified through the department. The town hall also included a presentation from state-licensed growers and producers, who showed residents what hemp plants looked like, as well as educational items on what to look out for when inside a store.

In Florida, there are currently 802 approved hemp cultivation permit holders and 30,000 acres across the state approved for growing hemp.

In its first year, the state’s hemp program has created an estimated $370 million economic impact, supported over 9,000 jobs, and generated over $17 million in federal, state, and local tax revenue, according to the department.