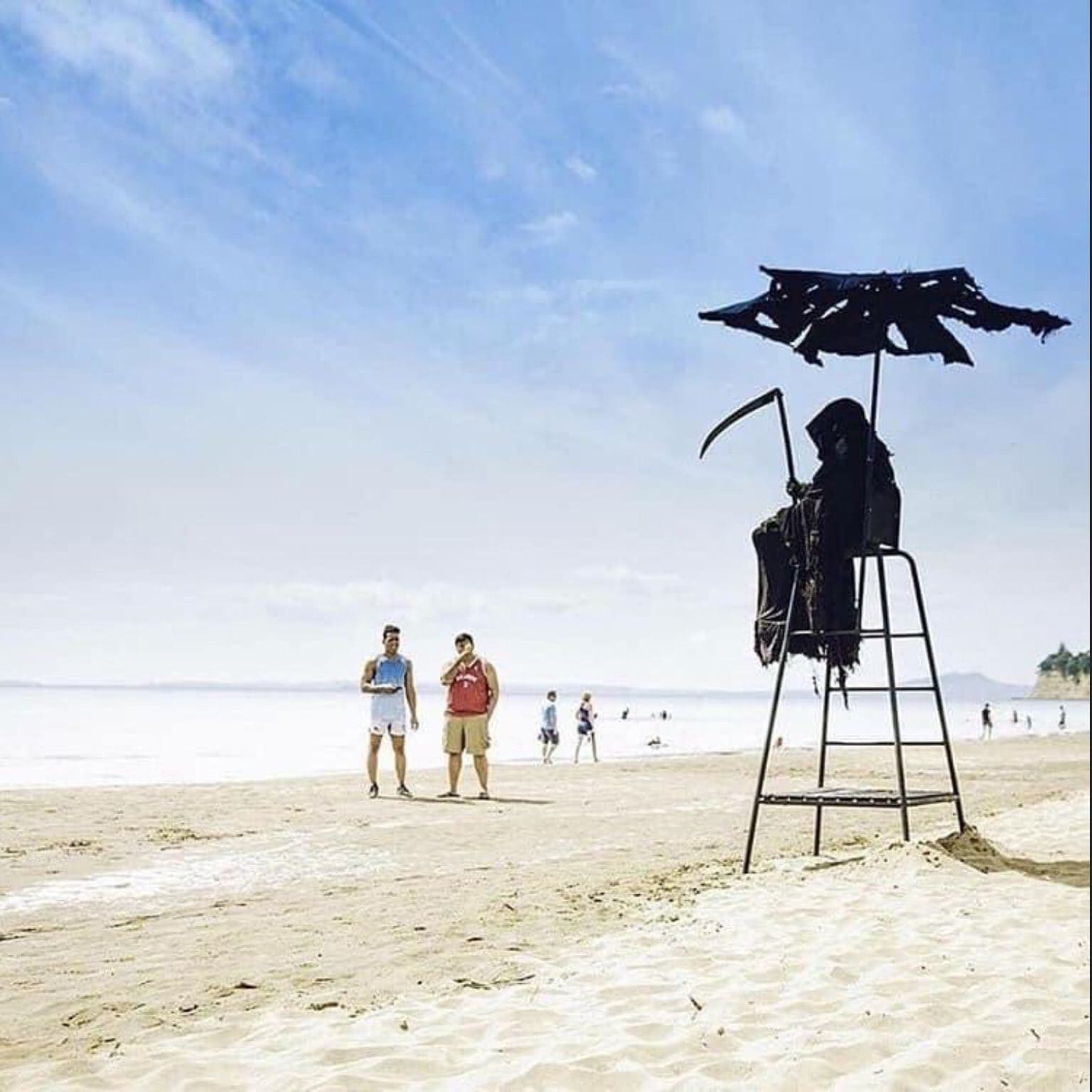 The Santa Rosa Beach attorney is accused of “violating rules of professional conduct” for lawyers.

A lawyer who walked Florida’s beaches dressed as the grim reaper during the pandemic will continue fighting for his career after a Northwest Florida judge refused to throw out a lawsuit seeking possible sanctions against the Santa Rosa Beach lawyer.

Daniel Uhlfelder grabbed headlines in March 2020 when he filed a lawsuit seeking to force Gov. Ron DeSantis to close beaches because of the COVID-19 pandemic. Uhlfelder donned a grim reaper costume while walking the beach to draw attention to the issue.

The lawsuit, and subsequent statements Uhlfelder made to media outlets, resulted in a three-judge panel of the 1st District Court of Appeal taking the rare step of ordering State Attorney Ginger Bowden Madden to pursue discipline against Uhlfelder.

“Appellant [Uhlfelder] and his counsel undoubtedly used this court merely as a stage from which to act out their version of political theater. This was unprofessional and an abuse of the judicial process,” a Feb. 5 ruling by the panel read, in part.

Uhlfelder’s attorney, Richard Greenberg, asked Santa Rosa County Circuit Judge Scott Duncan to dismiss the case, arguing in a June 7 hearing that the appeals court’s order for the possible sanctions fails to comply with a disciplinary rule cited by the three-judge panel.

The seldom-used rule allows judges to direct state attorneys to file a motion seeking discipline if a lawyer “has been guilty of any unprofessional act” laid out in Florida Bar regulations.

But Duncan refused to dismiss the case.

In the original March lawsuit, Leon County Circuit Judge Kevin Carroll ruled that he lacked the authority to order the Governor to shut down beaches and encouraged Uhlfelder to ask a higher court to weigh in on the issue. That’s when Uhlfelder took the case to the Tallahassee-based appeals court, which tossed out his lawsuit and referred him and his attorneys to bar ethics investigators.

After that ruling, Uhlfelder made a statement to the Tallahassee Democrat linking the panel’s ruling to Uhlfelder’s actions outside the courtroom to start a political committee aimed at removing DeSantis from office called Remove Ron.

“I do find it interesting that this opinion attacking my critiques of Gov. DeSantis appeared just two days after I launched a (political) committee to remove Ron DeSantis,” Uhlfelder said during the interview.

After the story was published, the three-judge panel ordered Bowden Madden’s office to initiate court proceedings against Uhlfelder for criminal contempt, punishable by a fine or a jail sentence.

In a motion filed in March, Assistant State Attorney Anne N. Izzo accused Uhlfelder of “violating rules of professional conduct” for lawyers “as well as violating the oath of admission to The Florida Bar.” The motion did not specify what type of discipline prosecutors are considering.

Greenberg, in a response to the motion, said Uhlfelder hadn’t done anything wrong and asked a judge to dismiss the case, arguing the state lacks a basis to pursue sanctions.

The appeals court’s Feb. 8 order requiring Bowden Madden to file a motion regarding Uhlfelder “contains no assertion” that Uhlfelder has been found guilty of any unprofessional conduct, Greenberg wrote in the six-page response.

In addition to the rare move of ordering Bowden Madden’s office, which is located in Uhlfelder’s home county of Walton County, to pursue sanctions against Uhlfelder, the three-judge panel ordered the Panhandle prosecutor’s office to file monthly status reports on the case with the appeals court.

An evidentiary hearing in the case has not been set, according to Walton County court records. The court records also show that three judges from the 1st Judicial Circuit were recused from the case, which is now assigned to Duncan.

Reporting from News Service of Florida was used in this post.

nextCantonment couple named Florida’s No. 1 most hospitable hosts by Airbnb