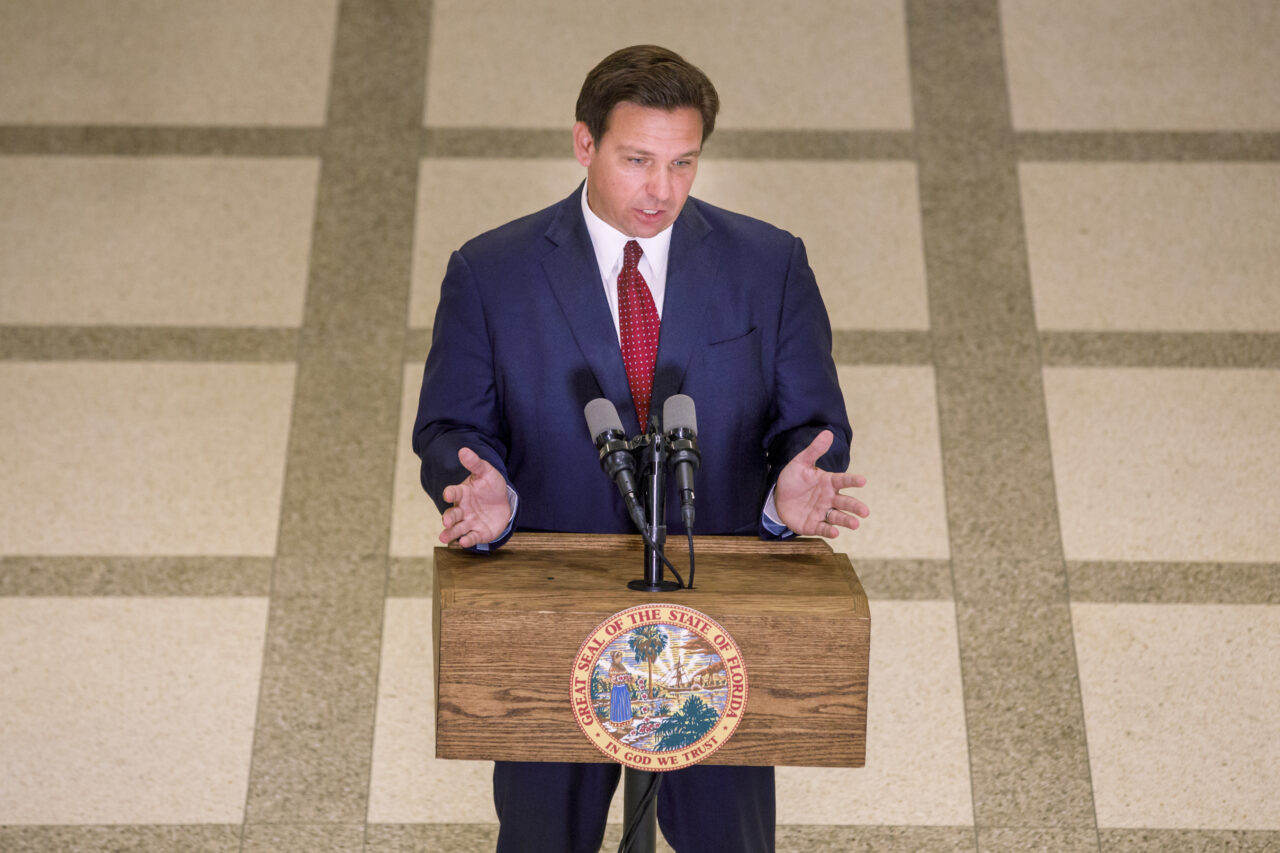 Attorneys for Gov. Ron DeSantis say they are too far apart from those challenging DeSantis’ priority protest law for court-ordered mediation to be “worthwhile.”

Several groups who filed the lawsuit, including the Dream Defenders and the Florida State Conference of the NAACP, contend the “Combating Public Disorder Act” (HB 1) will have a “chilling” effect on protected speech and violates equal-protection and due process rights.

“The only relief plaintiffs seek is a declaration that the act, or portions thereof, are unconstitutional and enjoinder of its enforcement. No monetary damages are sought,” the state’s attorneys wrote in the three-page motion. “Mediation cannot result in any negotiated relief to plaintiffs because they seek to strike statutes enacted by the Florida Legislature which the parties have no legal authority to agree are unconstitutional.”

Mediation would not be “a worthwhile use of the parties’ or the court’s resources,” the state’s attorneys also argued.

Walker will now rule on that motion.

The controversial new “anti-riot” law, arguably a centerpiece of DeSantis’ legislative agenda this past Session has sparked much controversy leading to multiple lawsuits.

The new law creates increased penalties and new crimes, such as “mob intimidation,” for people who participate in violent protests. It also could help shield people from civil liability if they injure or kill protesters involved in riots — an issue known as granting an affirmative defense.

This lawsuit argues, in part, that the measure is over-broad, vague and “subjects non-violent protesters to criminal liability for exercising protected rights to speech and assembly.”

As an example, the lawsuit says peaceful protesters at demonstrations could face criminal charges if they are in “close proximity to an act of violence or property destruction in which they themselves do not participate.”

“Because (a section of the law) confers discretion to law enforcement to arrest nonviolent protesters in close proximity to a violent outburst that is caused by others, would-be protesters have already been and will continue to be discouraged from participating in demonstrations for fear that the intents and actions of others may subject them to severe criminal penalties,” the lawsuit reads.

A motion from state lawyers seeking to dismiss the case said the measure does not curb free-speech rights of peaceful protesters.

“The act does not discourage, much less prohibit, any person from peacefully assembling, demonstrating, or speaking on any issue,” a brief filed last month by DeSantis’ legal team said. “The act does not even apply to peaceful demonstrations or forms of expression. Rather, it outlaws people coming together, regardless of their motivation, to commit violence, damage property, or intimidate others into assuming or abandoning a viewpoint against their will. Prohibiting violence and destruction does not restrict constitutionally protected expression — only dangerous, unlawful behavior.”

But the lawsuit’s plaintiffs also contend the measure violates equal-protection rights because it “targets Black organizers and organizations. The text, legislative history, timing, and public statements about the act made by Florida officials all make clear that the act was racially motivated.”

DeSantis first called for the legislation in September 2020 after some protests over the death of George Floyd turned violent. Floyd was a Black man killed when a White Minneapolis police officer placed his knee on Floyd’s neck for nearly nine minutes.

The bill was unveiled on January 6 after Trump supporters stormed the U.S. Capitol.

A separate pending lawsuit was filed April 21 in Orlando.

Reporting from News Service of Florida was used in this article and republished with permission.

previousMarco Rubio wants Joe Biden to call in the U.N. to stabilize Cuba