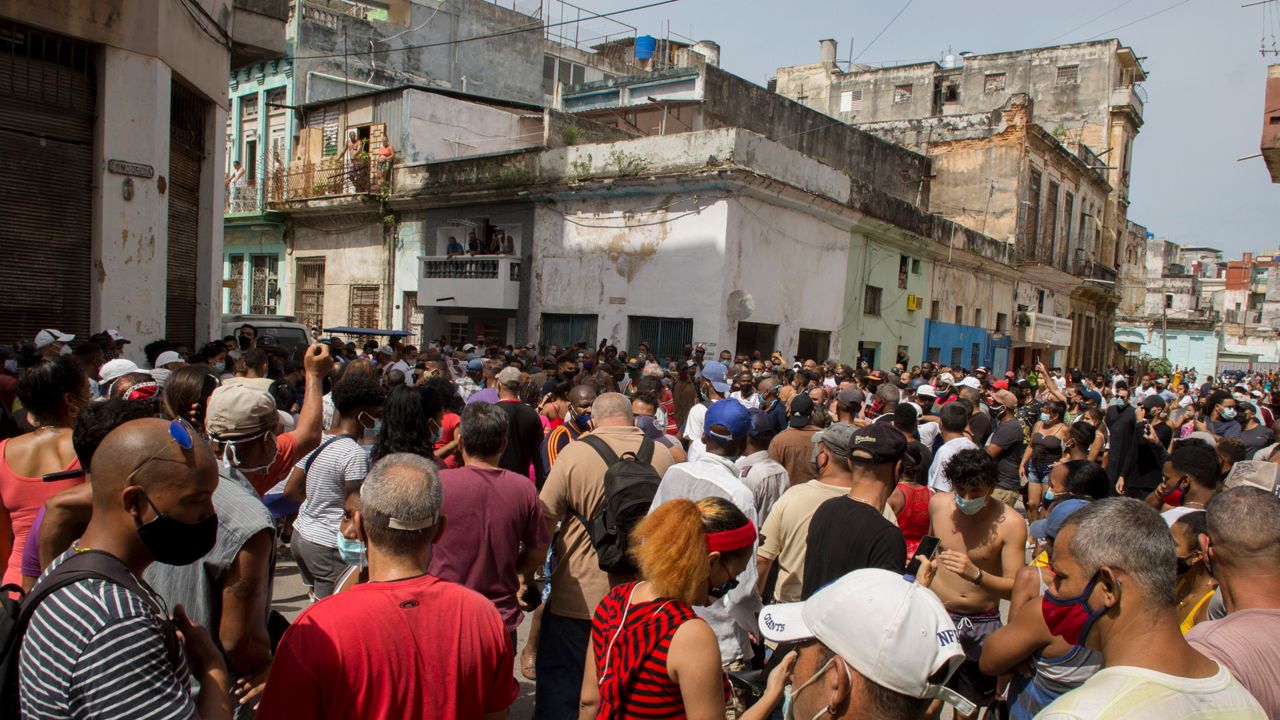 Senator labeled the group as an 'extortionist ring.'

“Black Lives Matter condemns the U.S. federal government’s inhumane treatment of Cubans and urged it to immediately lift the economic embargo,” the statement reads. “This cruel and inhumane policy, instituted with the explicit intention of destabilizing the country and undermining Cubans’ right to choose their own government, is at the heart of Cuba’s current crisis. Since 1962, the United States has forced pain and suffering on the people of Cuba by cutting off food, medicine and supplies, costing the tiny island nation an estimated $130 billion.”

Rubio, a first-generation Cuban American, slammed the defensive rhetoric. Florida’s senior Senator has defended sanctions for years and criticized former President Barack Obama in 2016 for his efforts to normalize relations with the Cuban regime.

“The extortionist ring known as the Black Lives Matter organization took a break today from shaking down corporations for millions and buying themselves mansions to share their support for the Communist regime in Cuba,” Rubio said.

Rep. Greg Steube, a Sarasota Republican, also took a shot at the group.

“What a load of garbage,” he tweeted. “One communist organization defending another. These people are waving American flags and protesting a brutal communist regime that has oppressed them for generations.”

The Black Lives Matter movement notably arose in 2013 after the acquittal of George Zimmerman in the shooting of Trayvon Martin in Sanford. But the group has been criticized by Republicans for pushing a leftist agenda in the name of civil rights and equality.

The group in recent days criticized a double-standard in the enforcement of Florida’s new “anti-riot” law, passed in response to nationwide demonstrations last summer after the death of George Floyd. But members question why the law hasn’t been applied to Cuban protests in Miami in solidarity with protesters on the island of Cuba.

But Republicans are questioning the sympathy for the Cuban regime in the statement issued by the organization. The Black Lives Matter statement suggests Cuba has always assisted African freedom fighters and civil rights movements.

Shakur, a former Black Liberation Army member who remains wanted by the FBI, escaped from prison and fled the U.S. after her conviction for the murder of a New Jersey state trooper.

The Black Lives Matter blames the Cuban government’s inability to handle the COVID-19 pandemic on the U.S. embargo and calls on President Joe Biden to lift sanctions.