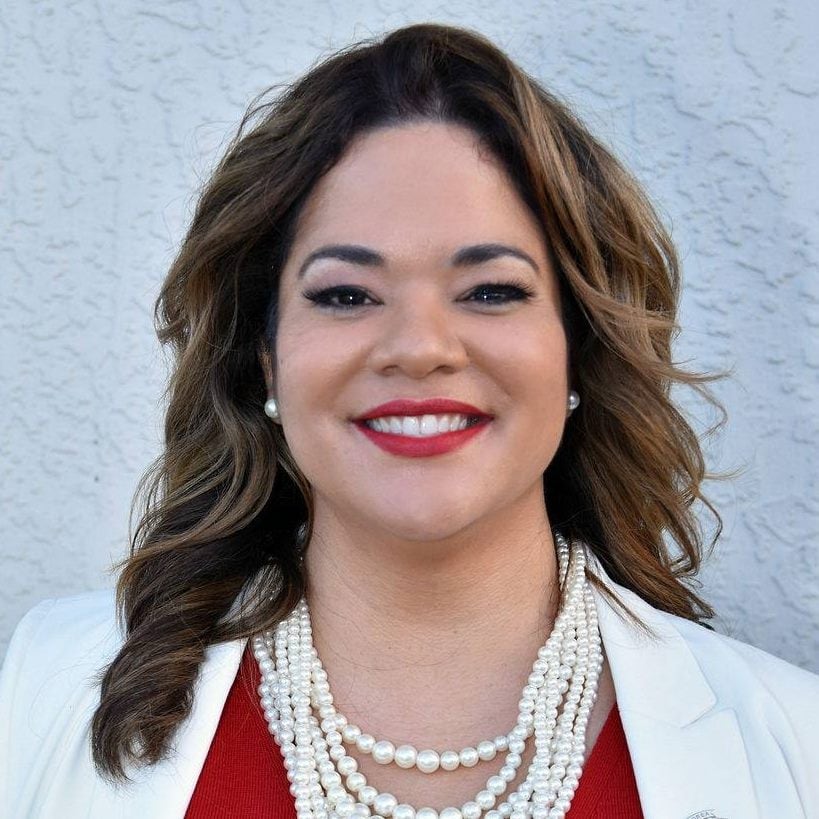 DeBary Republican Erika Benfield is announcing her candidacy for Florida’s 7th Congressional District, which sets up a crowded (and potentially hot) Republican primary for a shot at Democratic Rep. Stephanie Murphy in 2022.

Benfield, a former DeBary City Commissioner and an interior designer who owns her own design business, ran last year for the Florida House of Representatives, losing the House District 27 Republican primary to now-Rep. Webster Barnaby of Deltona.

There are already five candidates in the CD 7 Republican primary contest, including state Rep. Anthony Sabatini, a firebrand libertarian-conservative from Lake County, and Cory Mills of Winter Park, a defense consultant and conservative media commentator who has been ringing up numerous endorsements from conservative members of Congress. Also running are Joseph Cavagna of Casselberry, Jeremy Liggett of Longwood, and Brady Duke of Oviedo.

Benfield quickly sought to establish her position on the right, declaring in her candidacy announcement, “I am an unapologetic conservative who believes in the America First agenda championed by President Donald Trump.”

For now, any of them could expect a steep climb to topple Murphy, a moderate Democrat who has easily dispatched conservative challengers in the past two elections, in a district that has gone from red to purple to leaning blue in the past decade.

CD 7 covers Seminole and northern Orange counties but is likely to be redrawn in the upcoming redistricting of Florida’s congressional districts.

“Today, I am proud to launch my campaign for United States Congress,” Benfield said in a news release. “I moved stateside from Puerto Rico at a young age. My parents were seeking better health care and job opportunities as a teacher and car mechanic. My late grandfather served in the U.S. Army and was a prisoner of war in Korea. It was that great patriotism and work ethic that led me to become a successful business owner, philanthropist, a mother, and a grandmother. Having achieved my American dream, I believe it is my responsibility to give back to this great nation and the great state of Florida.

“Too many people are struggling to make ends meet due to rising costs, and the gridlock and corruption in Washington is making the problem worse, not better,” she continued. “Career politicians have forgotten about the people they’re supposed to represent. Taxes are too high on families and job-creating small businesses. The Democrats spend too much, threaten our 2nd Amendment rights, and are pushing divisive, anti-American indoctrination into public schools.”