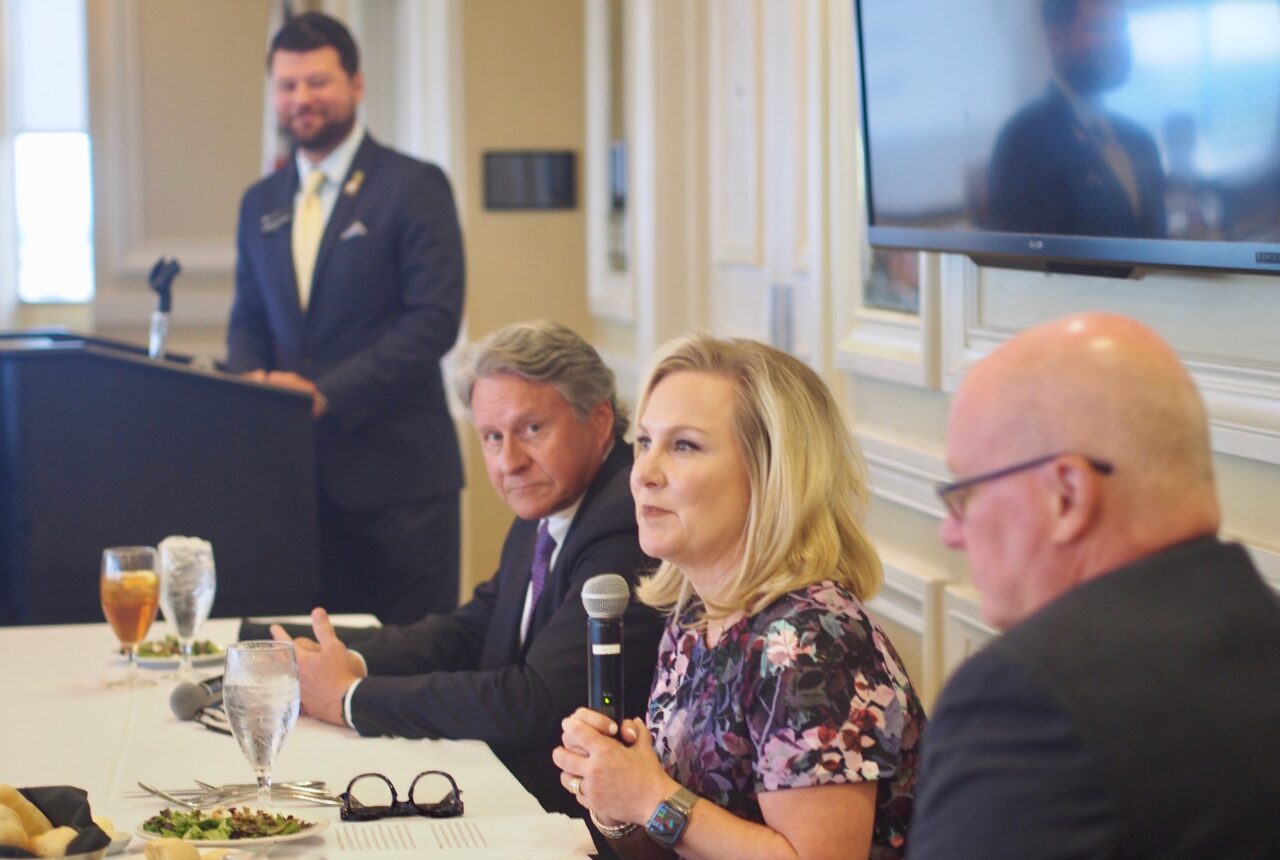 After a devastating year and sea changes in operations, Orlando tourism adjusts.

Tourism is coming back toward the level it was in Central Florida — but it won’t be the way it was.

That was part of the message delivered Monday to the Tiger Bay Club of Central Florida by Casandra Matej, president of Visit Orlando; Mark Tester, executive director of the Orange County Convention Center; and John W. Murray, port director and chief executive officer of the Canaveral Port Authority.

They, along with Robert Agrusa, president of the Central Florida Hotel & Lodging Association, who moderated the discussion, made it clear that airplanes and hotels are full again, the convention center is solidly booked, and the cruise port is ready for even more service with more ships in the next year than before the pandemic.

“Our numbers are bright. We have a very bright future,” Matej said.

“The good news is next year looks bright,” said Murray, while pointing out that Port Canaveral has not had a paying cruise customer since March 2020, and won’t see the first cruise ship leave this year before July 31. “But we have to get through this.”

Murray said the court battle between Gov. Ron DeSantis and the U.S. Centers for Disease Control and Prevention over cruise line reopening standards should have virtually no impact on the cruise industry in Florida. DeSantis went to court to have the CDC’s guidelines changed from requirements to recommendations. Whatever the courts decide the standards are called, cruise lines are prepared and intending to follow all of them now, Murray said.

“Every cruise line is in effect following the rules, whether the are mandatory or not,” he said.

Vaccination passport requirements, not a direct issue in DeSantis’ federal lawsuit, are another matter. Murray said it is clear crew members prefer that everyone gets vaccinated, and are very happy to be vaccinated themselves, a service the port provides to international workers who come from countries where vaccines are hard to come by.

Meanwhile, Central Florida Hotels lost $3.1 billion in revenue between March 2020 and January 2021, a 75% decrease, but that has turned around now, Matej said. Currently, hotels are running at about 70-72% capacity, and approaching 90% on weekends.

“I want to put an asterisk on that,” she added. “Capacity is very different today than it was before the pandemic, because of labor issues.”

As a result of labor shortages, not only are some businesses having to cut hours of operations, others, like hotels, are having to make some concessions in services, Matej said. Orlando is known for top hospitality services, but this summer they’re having to get the word out.

“Customers need to understand that they need to pack their patience. Immediate service may be a little bit longer than what you had anticipated,” Matej said.

A minimum wage of $15 an hour is now essentially in effect, being driven by the market, not by any rules, all three agreed.

Some changes made in the convention and meeting business are now permanent. But such things as virtual meetings will not replace face-to-face meetings; they will augment them, Tester said.

The three tourism institutions faced vastly different challenges to staying open during the pandemic. Visit Orlando made program cuts and sought and received a $1.8 million PPP loan. The convention center, a department of Orange County, was able to transfer many of its employees to other county jobs to keep them employed. The port authority had to furlough or lay off about 60% of its employees, and still is operating with less than half its pre-pandemic workforce.