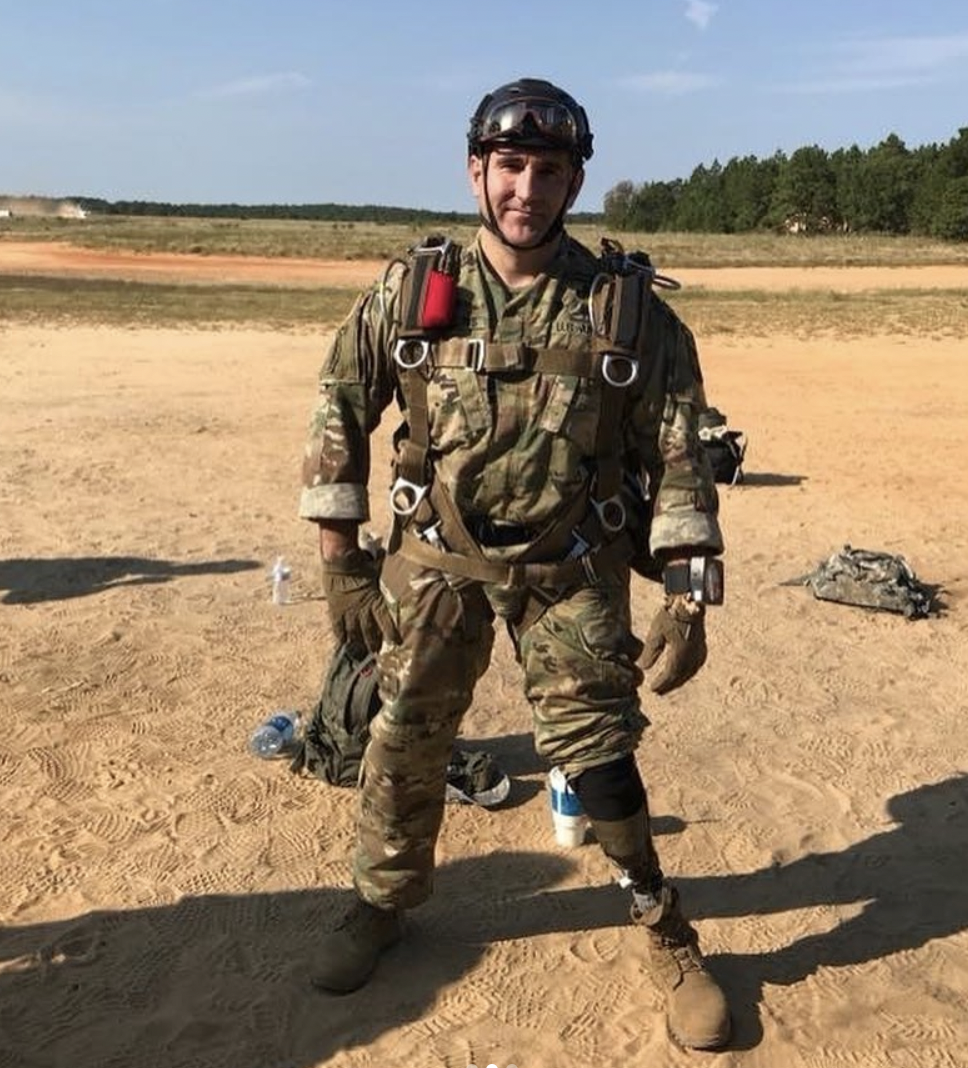 Collins is an Army Green Beret and Purple Heart Amputee.

Collins, an Army Green Beret and Purple Heart amputee, announced his candidacy Tuesday for the Hillsborough County district. Collins is entering the race as a Republican.

“In combat, we stayed in the fight regardless of the adversity we faced — whatever it took, no matter how tough the challenge, we had to get the job done. That’s how I’ll fight for Florida families in Congress,” he said in a statement.

Collins served in the military for more than 20 years, deployed four times as a Green Beret. He lost his leg as a result of injuries in combat but continued serving in active duty in various Special Forces leadership roles for another five and a half years.

After the military, Collins began working for a nonprofit. In 2019, he ran and biked from Los Angeles to his home in Tampa while feeding veterans, first responders, and disaster victims across the country.

“As a Green Beret, I’ve faced some of our worst enemies, and I’ve seen how blessed we are to live in this country. I will fight for the conservative principles that have made our nation great so my children can grow up with the same opportunities I had,” Collins said in a statement.

Collins also highlighted several campaign priorities, planning to “fight the liberal agenda that hikes taxes, defunds the police, opens our borders, and threatens our national security,” according to a news release announcing his candidacy.

“Our government wasn’t designed for political dynasties or career politicians like Kathy Castor to hold power for decades and decades. I’m not a career politician. I’m a husband, a father, and a Green Beret,” Collins said in a statement. “I’m ready to go to Congress and fight to implement term limits to get rid of career politicians, keep our nation and border secure, defend our police, and put a stop to (Nancy) Pelosi and Castor’s tax hikes and bloated government spending.”

The newcomer will likely face an uphill battle against the Democratic incumbent, who has held the seat with relative ease since her initial election in 2006.

Besides her strong ties to the seat, the district also leans blue — but, with redistricting on the horizon, current partisan leanings may change. According to the most recent Supervisor of Elections report, the district comprises 463,486 total voters — 194,836 Democrats, 131,463 Republicans and 137,187 third party or nonpartisan voters.

previousLast Call for 7.20.21 — A prime-time read of what’s going down in Florida politics