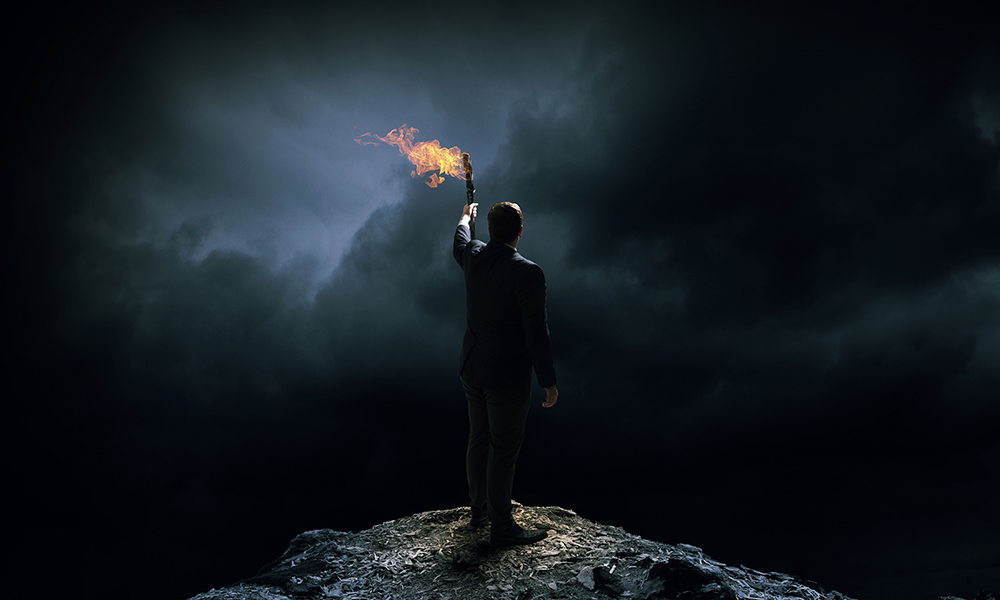 Lenny Curry makes a play for the ages.

Every second-term Jacksonville Mayor makes a legacy play, a swing for the fences that future generations will remember in sepia tones.

Lenny Curry is no exception.

“This is my seventh proposed budget; wow.”

That was part of how Curry began his budget presentation on Tuesday to the City Council. And there was a “wow” factor to the budget itself, which proposes ambitious spending on several priorities.

The largest budget in city history (over $1.4 billion in general fund spending alone) has something for everyone, including city workers in line for raises.

“It’s easy to think that the majority of business happens here in the Council Chambers or on the fourth floor, but that’s not the real story,” Curry said, offering a folksy narrative tone that would likely surprise those who remember the more combative leader of past years.

“Budgets set priorities, but it’s the people who set those priorities into action,” Curry said.

Curry lauded librarians, firefighters, and other city workers as the glue that had kept the city together, even during the unprecedented pandemic pressures. He was also mindful to laud “state and federal partners,” ranging from Gov. Ron DeSantis to Rep. John Rutherford, and the ultimate rising tide was American Rescue Act funding.

Curry’s blockbuster budget also has a big capital improvement plan: Over half a billion dollars. To put that in context, nearly a decade ago, the city budgeted $20 million one year for capital needs. Different times, fiscally, with the Washington funding fire hose delivering Blue State size budgets to Florida and areas like Jacksonville.

Curry, branding himself a fiscal conservative in 2015, said the spend wasn’t enough to cover the need.

“Because of years of neglect and underinvestment, we are still behind where we need to be,” Curry said, crediting American Rescue Plan dollars, “savings” from reamortizing pension debt and the “Jobs for Jax” $0.06 a gallon increase of gas taxes.

The half-billion dollars will “touch every corner” of the city, allowing Jacksonville to not “just recover from pandemic but emerge stronger than we ever have before,” Curry said.

The proposal includes $24 million for road resurfacing, $100 million for parks over the next two years, $54 million on drainage and resilience (a fivefold increase over last year), and $50 million for the ongoing septic tank phaseout projects.

“It’s time this city lives up to its promises and begins rebuilding trust in our communities,” Curry said.

The Mayor’s Office will find a way to finally give more resources to long-suffering UF Health, a fulcrum of the delta-variant-driven wave of the ongoing pandemic. The city contribution moves from $35 million in this proposed budget to $40 million next year, the Curry swan song.

New hires are also coming, especially to the Jacksonville Fire and Rescue Department, which will add 70 FTE this year. Police and fire employees are getting raises also.

“We are a city that is finally starting to realize its tremendous potential,” Curry said.

And the same may be said about this Mayor.

After decades of belt-tightening no matter who is in City Hall, it is fitting that when Mayor Curry stopped worrying about the political game, he became a more genuinely statesmanlike leader.

Critics will say that it took him long enough. But the Mayor seems to have evolved, as he has on several issues over time, from the doctrinaire power tie Republican to a leader with empathy and the willingness to show vulnerability in the public sphere.

The Florida Department of Economic Opportunity released jobs numbers for June last week, showing significant year-over-year improvement despite an uptick in unemployment over the past month.

The Jacksonville area currently has a 5% unemployment rate, up from 4.2% in May. Still, the new data shows Northeast Florida has added 36,000 jobs since and the unemployment rate has come down 3.8 percentage points since June 2020.

The leisure and hospitality industry took a gut punch during the pandemic but has led all industries in job gains in the rebound. The Jax area has seen 9,500 hospitality jobs come back over the past year. The trade, transportation, and utility sector followed with a gain of 7,200 jobs.

The numbers are based on U.S. Department of Labor Statistics data for the Jacksonville Metropolitan Statistical Area, including Duval, St. Johns, Clay, Nassau and Baker counties. The area has a workforce of 830,496, including 41,561 who are unemployed.

The Jax MSA jobless rate matches the statewide rate for June, though it was 0.7% lower than the statewide number a month ago. The national unemployment rate is 5.9%.

DEO noted that Florida’s jobless rate has been lower than the national average for 11 months running. The department also said the state added 907,900 jobs since the low point of the pandemic and that June marked 14 consecutive months of job growth.

Rep. Jason Fischer believes that vaccinations are a family affair.

The House District 16 Republican went with his wife and sons to Mayo Clinic this week, where Fischer and his wife were inoculated against COVID-19.

“Melinda & I went into Mayo Clinic today for our #COVID vaccine (1st dose). Our kids aren’t old enough, but we are,” Fischer tweeted. “Many of you know I suffer from severe allergies. I’ve opted to stop treatments for a short time to get the #vaccine. 1 down, 1 to go!”

Melinda & I went in to @MayoClinic today for our #COVID vaccine (1st dose). Our kids aren’t old enough, but we are.

Many of you know I suffer from severe allergies. I’ve opted to stop treatments for a short time to get the #vaccine. 1 down, 1 to go! 🇺🇸🇺🇸🇺🇸 #jaxpol #flapol pic.twitter.com/GABe5kjTZQ

Fischer is one of three candidates for Sen. Aaron Bean’s SD 6 seat. Will Reps. Cord Byrd and Clay Yarborough offer their own vaccine updates on social media? Stay tuned.

Yet another Jacksonville City Council member struggled with COVID-19 and was absent this week as the legislators returned after their summer break.

Democrat Ju’Coby Pittman is “doing better,” said Council President Sam Newby this week. But details are vague about whether she is still hospitalized with the virus as of this writing.

The Florida Times-Union’s David Bauerlein asked Pittman’s Council office for information, but it didn’t provide much.

Pittman is not the first member of the Council to catch the virus, which has been a frequent presence in City Hall despite some mitigation measures. However, previous Council President Tommy Hazouri was criticized for not protecting Council from the virus.

Pittman seems to be recovering, but at least one person associated with the Clara White Mission, which she runs, has died from the virus.

The local gambling company plans a card room and simulcast wagering facility off Interstate 95 on State Road 207, near where the famed St. Augustine Flea Market is.

“After the sale of the St. Johns County property we previously operated under our license in the county, bestbet has been examining various sites in the area, and we are now moving forward with our next and newest facility, which will be able to offer many of the same exciting entertainment options as we offer in both Orange Park and Jacksonville,” bestbet President Jamie Shelton said in an email to Daily Record reporter Katie Garwood.

“The permits being applied for at the county level are part of our development process, and we look forward to keeping the community informed as we plan for the future in St. Johns County.”

Some props came for Jacksonville via U.S. News and World Report, which verifies what we’ve long known here in Duval. Namely, that Jacksonville is one of the best places to live in the country.

The 22nd best, according to the ranking.

“Like many other Florida metro areas, Jacksonville is seeing rapid growth due to people moving to the area. Jacksonville also ranks No. 22 out of all the places on the list for desirability, based on a survey of more than 3,600 U.S. residents who were asked where they’d prefer to live,” according to the venerable publication.

With desirability comes the issues that are happening elsewhere in hot Florida housing markets. The median house price in Duval is now over $300,000, a measure of currency devaluation to some degree, but a desirable location as well.

Rent is too damn high

Houses may be expensive, but a new report covered by WJCT reminds us that for as many sunk costs go into homeownership, renters have it worse.

“The National Low Income Housing Coalition found that a Jacksonville area minimum wage worker would have to work 93 hours a week to afford a one-bedroom rental, illustrating how challenging it can be when housing costs rise faster than wages,” writes Michelle Corum.

“You know if you’re a single working parent and you want — need — a two-bedroom apartment, you’ve got to earn $21 an hour in order to be able to afford a standard two-bedroom apartment in the Jacksonville market … and a lot of jobs just don’t pay those kinds of wages,” asserted Ability Housing CEO Shannon Nazworth.

As the new economy continues to frustrate employers looking to hire but not at the expense of blowing out their payroll budgets, this is a good reminder of what a living wage actually looks like.

After more than a year, the Jacksonville Aviation Authority is getting back on track with Concourse B — a multimillion-dollar upgrade to handle increasing traffic.

According to the Jacksonville Business Journal, the Authority restarted the $200 million project with the engineering team of Jacobs and RS&H returning as the design firm.

“We are coming back with a vengeance,” Aviation Authority CEO Mark VanLoh told the Business Journal. “We’re going to need those gates for the airline sooner than we thought.”

When the COVID-19 pandemic hit, passenger traffic in March 2020 fell to a small fraction of pre-pandemic numbers.

At the beginning of the pandemic, forcing shutdowns nationwide, the facility was looking to add six gates to the airport by the end of 2022

Now, the airport is seeing about 80% to 85% of pre-pandemic numbers, and the expansion is needed again, despite a continued slowdown in international flights — about 12% of the airport’s business.

The restart of the Concourse B design may incorporate changes based on recent lessons learned: a larger gate holding area for social distancing and more touchless technology.

Finishing the design should take about a year, with construction estimates are for two years after that.

The local news operation spotlighted a study from Climate Central, which suggested that temperatures in the city are running hot due to a “heat island effect.” Specifically, six degrees over what it would be absent urbanization, with “warmer afternoon highs, but also warmer overnight lows.”

There are variations within the city, of course. Jacksonville isn’t as hot as some places, particularly urban areas in the Northeast.

“Our results show the index temperature scores range from less than 5°F to nearly 9°F. Each score represents an average for the entire city, and certain neighborhoods or areas of a city will likely be cooler or hotter, depending on vegetation and other factors. So, for example, our index shows that Baltimore may be up to 7°F warmer on average, although within the city, residents living next to a park will be cooler than residents living next to a parking lot or highway.”