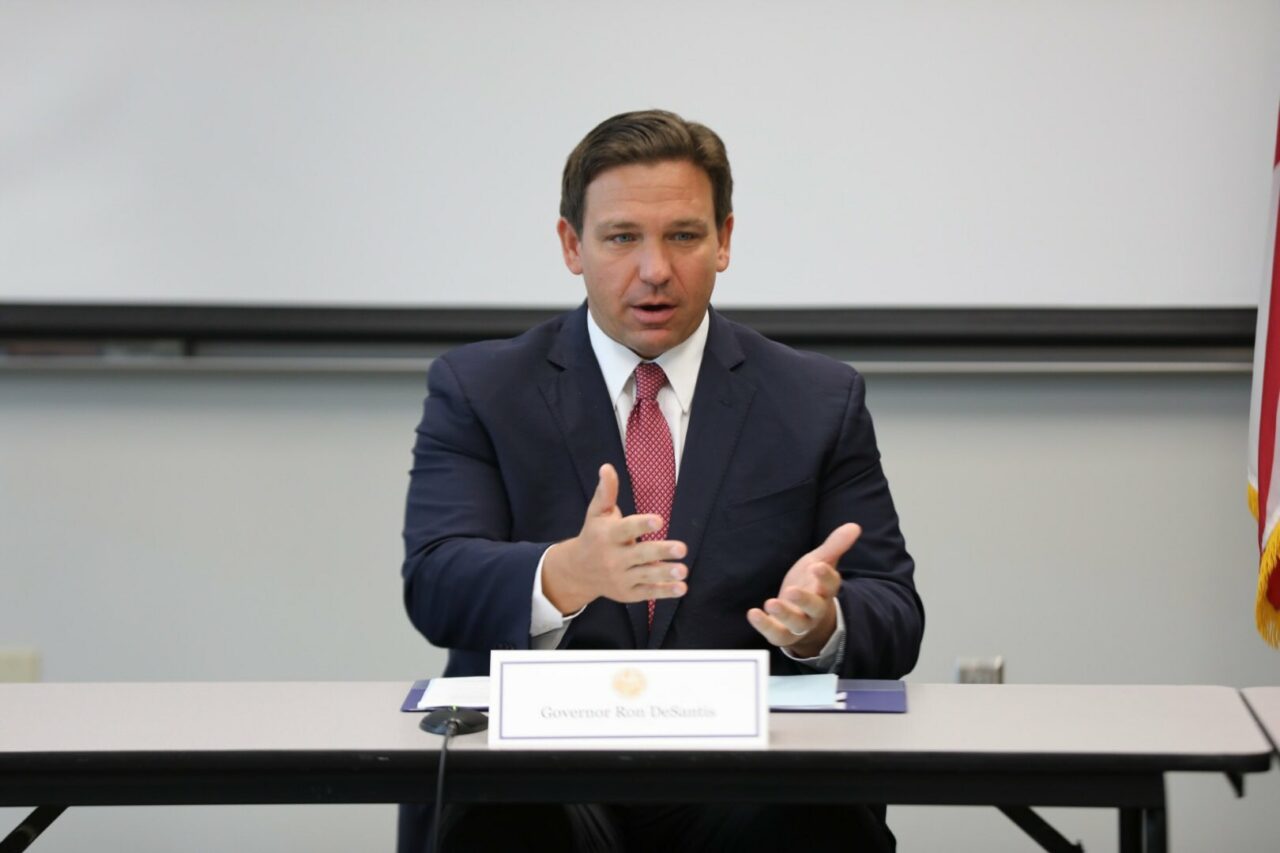 Gov. Ron DeSantis doubled down Thursday on his insistence that school mask orders and virus “lockdowns” are no-gos in the Sunshine State, leading to pushback from the White House itself.

In a media availability in Fort Pierce, DeSantis said regarding schools that students would “be in person and live and learn like normal kids” and that any idea of a federal mask mandate would be a non-starter in Florida, where kids like his 3-year-old would not be “muzzled.”

“Parents obviously can put their kids to go to school however they want, but there shouldn’t be any coercive mandates on our schools,” DeSantis said, warning against a “campaign from Washington to try to change that.”

“At the end of the day, we’ve got to start putting our kids first. We’ve got to look out for their education. Is it really comfortable? Is it really healthy for them to be muzzled and have their breathing obstructed every day in school? I don’t think it is,” DeSantis said.

“I’ve got a 3-year-old son, and you’ve got people like (Anthony) Fauci saying ‘he should be muzzled and you should be throwing masks on these 3-year-old kids.’ It’s totally unacceptable. It’s certainly unacceptable to have any level of government imposing that on parents and on kids.”

“We look forward to a normal school year,” DeSantis said, one without “mandates.”

White House press secretary Jen Psaki called DeSantis’ position “greatly concerning” in comments shortly after the news conference, seemingly ensuring that this subject is far from closed and DeSantis will have much more to say, likely to friendly national reporters.

“If I were a parent in Florida, that would be greatly concerning to me,” Psaki said, describing her own children as well-adjusted to masks.

“If anyone is calling for lockdowns, you’re not getting that in Florida,” the Governor said.

DeSantis noted that three vaccines have been “widely available for months now.”

“To have the government come in and lock anyone down or restrict anybody is totally unacceptable,” DeSantis emphasized.

DeSantis also blasted Biden’s claim from a Wednesday night town hall that the vaccine ensures “you will not get COVID” as “false.”

“I don’t think that telling noble lies to people, which a lot of people in the bureaucracy and the medical establishment tend to do, I don’t think that’s very helpful, because people tend to look at this and if they don’t trust the information that comes out, they’re going to do whatever they need to accordingly,” the Governor contended.

The Governor went on to defend his advocacy of vaccines. He reminded reporters that he had gone around the state for months, a seeming response to critics saying he was not stressing vaccinations enough.

“Were you asleep in December, January, February, March when I crisscrossed every corner of the state? I showed up at nursing homes, I showed up at hospitals, I showed up at senior communities. I showed up at pharmacies, and I was criticized for doing that by a lot of the people in the peanut gallery for whatever reason, bogus reasons.”

DeSantis defended his “Seniors First” approach to vaccination as minimizing death in that demographic, and advised that the focus should be preventing “severe clinical outcomes” rather than “positive tests.”

“The media will try to do that. They will try to create a hysteria,” DeSantis contended. “Obviously, in Florida, we’re not getting swept away in that. We’re going to protect folks. But I worry about some of these other states, what they will be doing.”

“At the end of the day, we’ve worked really hard,” the Governor self-assessed.

As DeSantis defends his administration’s approach, ICUs and hospitals continue to see surges in admissions statewide from the delta variant. But thus far, the Governor believes his “free state of Florida” approach to the virus has been vindicated.