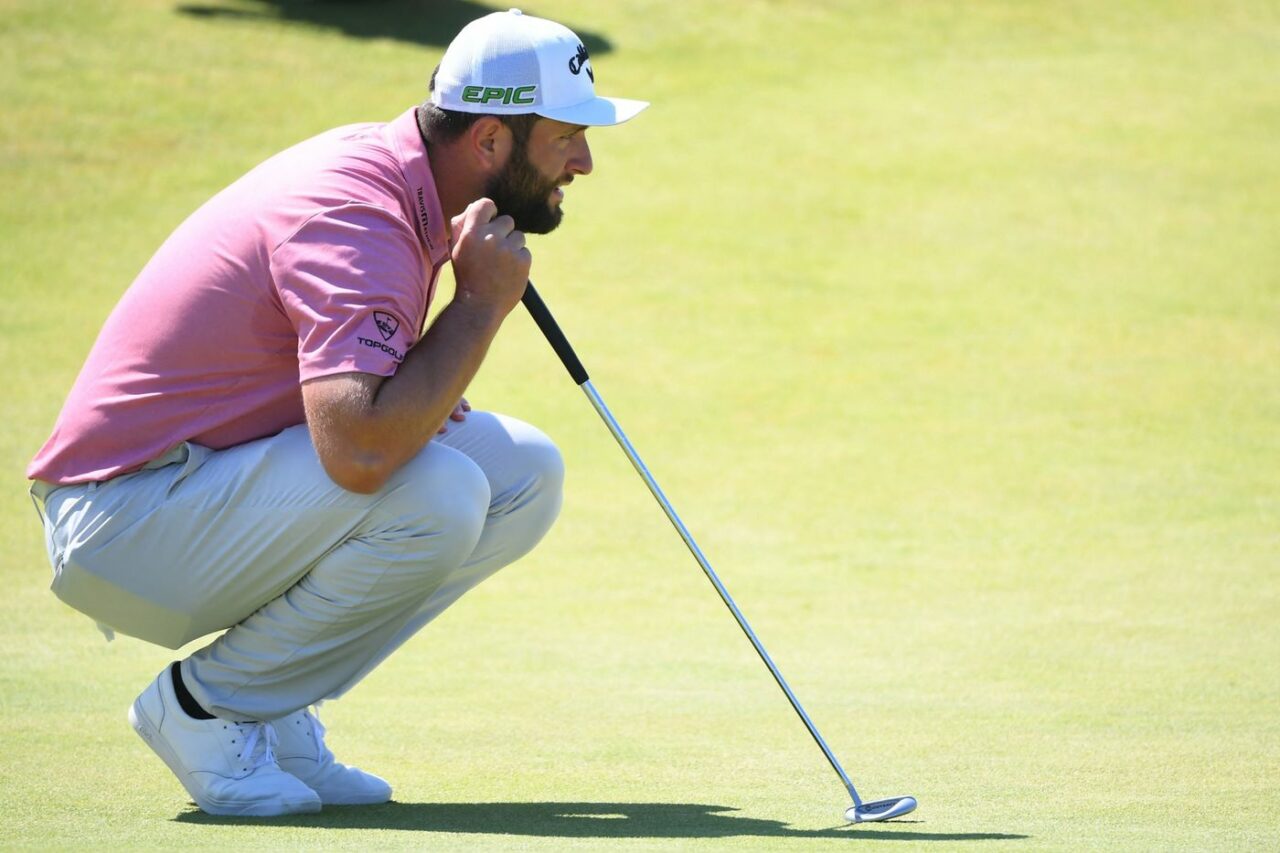 This is the second positive test for Rahm in fewer than two months.

Positive COVID-19 tests knocked Jon Rahm and Bryson DeChambeau out of the Olympic golf tournament Sunday, in a pair of surprises that reinforced the tenuous nature of holding a massive sports event during a global pandemic.

Word of Rahm’s positive test came from the Spanish Olympic committee about four hours after USA Golf delivered the same news about DeChambeau.

They are among the best-known of the some 11,000 athletes descending on Japan for the 17-day sports festival at which negative COVID tests — but not vaccinations — are required to participate.

Spain’s Olympic federation explained that Rahm had two negative tests after leaving England, where he played in the British Open earlier this month. But a third test that was also required came back positive.

The country said it would not seek to replace Rahm, leaving Adri Arnaus as its only player in the men’s tournament, which starts Thursday at Kasumigaseki Country Club outside of Tokyo.

This is the second positive test for Rahm in fewer than two months. He was holding a six-shot lead after three rounds at the Memorial in early June when he was informed as he was coming of the course that he had tested positive and would have to withdraw.

He came back two weeks later to win the U.S. Open and vault to No. 1 in the world. And now, Tokyo will be without the last two U.S. Open winners; DeChambeau won it at Winged Foot in 2020.

After his win at Torrey Pines, Rahm said he was vaccinated when he tested positive at the Memorial, but still had to be quarantined because he had not been vaccinated for 14 days.

“Looking back on it, yeah, I guess I wish I would have done it (vaccination) earlier,” Rahm said then. “But thinking on scheduling purposes and having the PGA and defending Memorial, to be honest it wasn’t in my mind.”

Though not common, there have been people who catch COVID-19 despite being vaccinated. Likewise, there are rare examples of people getting re-infected.

DeChambeau said he was “deeply disappointed not to be able to compete in the Olympics for Team USA.”

“Representing my country means the world to me and it is was a tremendous honor to make this team,” he said.

He will be replaced by 2018 Masters champion Patrick Reed, who must go through COVID protocols Sunday and Monday in order to travel to Japan and be ready for the tournament later in the week.

“I wish Bryson nothing but the best, and I know how disappointed he is to not be able to compete, and I will do my best to play my best and represent our country,” Reed said in the USA Golf statement.

Reed will join Justin Thomas, Collin Morikawa and Xander Schauffele on the four-man U.S team. Reed had been third in line to be a replacement, behind Patrick Cantlay and Brooks Koepka.

Koepka had previously sounded unenthused about the prospect of playing in the Olympics, saying the sport’s four majors, plus the Ryder Cup and other big events, give players plenty to strive for. The Ryder Cup this year is set for Sept. 24-26 at Whistling Straits.

Reed has been more gung-ho about the Olympics, and now he is the only two-time Olympian on the men’s side of the sport, which was reintroduced to the program in 2016. He shot 64 in the final round in Rio de Janeiro and finished 11th.

DeChambeau had been looking to write a new chapter to his theatric 2021 season. It has included months of sparring with Koepka, a sudden break with his longtime caddie, and, most recently, a spat with his club sponsor when he said his driver “sucks” after struggling at the British Open.