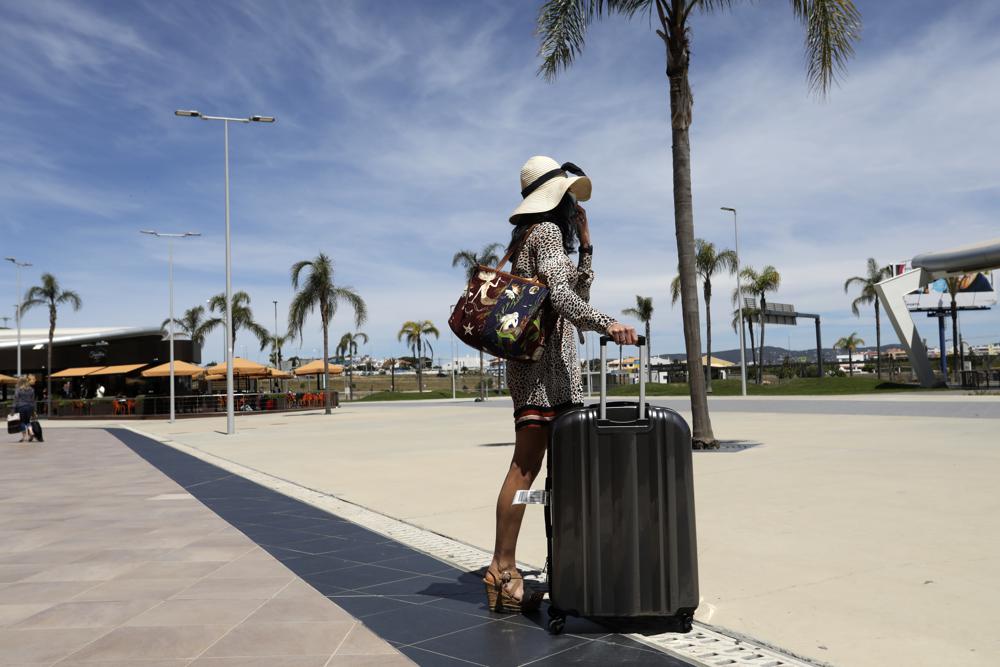 The U.S. State Department raised its alert level to “do not travel” from the previous less severe “reconsider travel” advisory.
Chaos and confusion over travel rules and measures to contain new virus outbreaks are contributing to another cruel summer for Europe’s battered tourism industry.

Popular destination countries are grappling with surging COVID-19 variants, but the patchwork and last-minute nature of the efforts as the peak season gets underway threatens to derail another summer.

In France, the world’s most visited country, visitors to cultural and tourist sites were confronted this week with a new requirement for a special COVID-19 pass.

To get the pass, which comes in paper or digital form, people must prove they’re either fully vaccinated or recently recovered from an infection, or produce a negative virus test. Use of the pass could extend next month to restaurants and cafes.

Italy said Thursday that people will need a similar pass to access museums and movie theaters, dine inside restaurants and cafes, and get into pools, casinos and a range of other venues.

At the Eiffel Tower, unprepared tourists lined up for quick virus tests so they could get the pass to visit the Paris landmark. Johnny Nielsen, visiting from Denmark with his wife and two children, questioned the usefulness of the French rules.

“If I get tested now, I can go but then I (could) get corona in the queue right here,” Nielsen said, though he added they wouldn’t change their plans because of it.

Juan Truque, a tourist from Miami, said he wasn’t vaccinated but took a test so he could travel to France via Spain with his mother.

“Now they are forcing you to wear masks and to do similar kind of things that are impositions to you. To me, they are violations to your freedom.” he said.

Europe’s vital travel and tourism industry is desperate to make up after a disastrous 2020. International tourist arrivals to Europe last year plunged by nearly 70%, and for the first five months of this year, they’re down 85%, according to U.N. World Tourism Organization figures.

American, Japanese and Chinese travelers aren’t confident it will be possible to visit and move freely within Europe, the European Travel Commission said. International arrivals are forecast to remain at nearly half their 2019 level this year, though domestic demand will help make up the shortfall.

The United States this week upgraded its travel warning for Britain to the highest level. The Centers for Disease Control and Prevention advised Americans to avoid traveling to the country because of the risk of contracting COVID-19 variants, while the U.S. State Department raised its alert level to “do not travel” from the previous less severe “reconsider travel” advisory.

The recommendations are constantly under review and not binding, although they may affect group tours and insurance rates. Britain’s warning has fluctuated several times this year already.

Some countries are showing signs of a rebound, however.

Spain, the world’s second-most visited country, received 3.2 million tourists from January to May — a tenth of the amount in the same period of 2019. But visits surged in June with 2.3 million arrivals, the best monthly figure since the start of the pandemic, although still only 75% of the figure from two years ago.

Spain’s secretary of state for tourism, Fernando Valdés, credited the European Union’s deployment in June of its digital COVID-19 vaccine passport for having a “a positive impact” on foreign arrivals. That, and the U.K. move to allow nonessential travel, “allowed us to start the 2021 summer season in the best conditions,” he said.

The EU app allows the bloc’s residents to show they’ve been vaccinated, tested negative or recovered from the virus.

In Greece, where COVID-19 infections are also rising sharply, authorities have openly expressed concern that slowing vaccination rates could hurt the struggling tourism industry, a mainstay of the economy. Authorities have tightened restrictions for unvaccinated tourists and residents, banning their entry to all indoor dining and entertainment venues.

“It’s very important that we do not give the impression that we have lost control of the pandemic,” Georgiadis said last week.

Some countries sparked chaos with last-minute changes to entry rules.

Moorby originally planned to go to Copenhagen in August to meet up with his Danish wife and their two children visiting his in-laws — like they did last summer. But under current rules Moorby wouldn’t have been able to travel separately because he’s not Danish. They planned instead to travel together, which they thought would be allowed even after the change — but they missed the announcement’s fine print prohibiting non-Danes from “red list” countries including the U.K. from visiting without a worthy purpose, which doesn’t include tourism.

“It was going to be a bit of a non-holiday anyway,” Moorby said. But “it went from, ‘We’d have a nice holiday in Denmark,’ to ‘well, maybe I can just about get there,’ to ‘I can’t even travel’.”

Meanwhile, the U.K. government unexpectedly announced that travelers coming from France would still have to self-isolate for up 10 days because of worries about the beta variant, frustrating travelers and angering the tourism industry and French government.

Emma and Ben Heywood, the British owners of adventure travel company Undiscovered Montenegro, said booking inquiries are surging after the U.K. government said in the same announcement it would stop advising against travel to countries on its “amber list” and dropped the self-isolation rule for returning travelers.

The couple said bookings last summer plunged to 10% of their usual level but now they’re at 30% and rising fast. Montenegro has a relatively low infection rate and relaxed entry requirements.

“It’s so hard keeping everybody up to date with what’s required to go where, with so many countries and so many different rules involved,” said Ben Heywood.

“It’s a total minefield. Half the emails I’m fielding now are people saying, ‘We definitely want to come. What do we need to do?’”