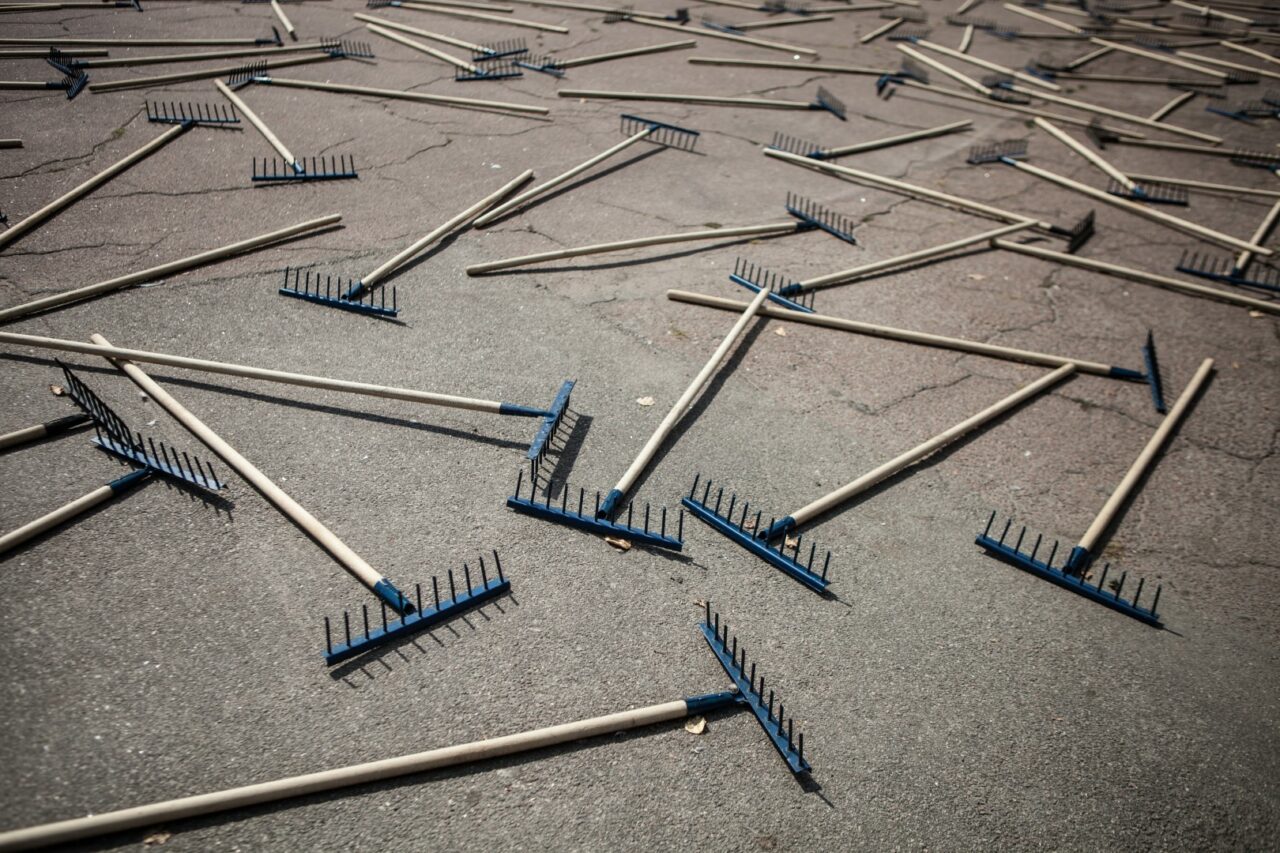 This week’s Bold isn’t all about COVID-19. But it could have easily been. That’s the state of affairs as the pandemic churns through its second summer, with Northeast Florida suffering as an epicenter.

Mask up, vax up. That’s the standard advice heard in various media.

Yet, vaccination rates have been slow; there are roughly as many people looking for reasons to opt-out as they are places to get the shot.

You want a test? Good luck with that. Everyone wants testing now, facing a rise in breakthrough cases.

Northeast Florida is working together. Out of necessity (and the apparent absence of state direction).

Mayor Lenny Curry notes that Duval is helping Clay County EMTs and facilities deal with patient overflow. Meanwhile, ambulances from Baker County are seen much more frequently in Jacksonville streets since the start of the delta surge.

Just over a year ago, Gov. Ron DeSantis visited Jacksonville to defend the reopening of beaches.

“For those who would say you’re morons,” DeSantis said at the time, “I’d take you any day of the week and twice on Sunday.”

That was a low point in the pandemic, with just a handful of cases a day. No longer.

Now it’ a much more urgent time.

Bold joins those mourning the passing of UF Health CEO Leon Haley, who died over the weekend in a Jet Ski accident in South Florida.

It is with great sadness we share that our CEO and dean, Leon L. Haley Jr., MD, has passed away unexpectedly. Dr. Haley was a strong, inspirational leader and beloved son, father, friend and colleague. We ask that you keep his family in your prayers and thoughts. pic.twitter.com/1YLmdXvuzs

Haley had been arguably the predominant voice in urging people to follow health protocols and get the universally available vaccines. The Friday before he died, Haley resumed the hospital’s calls informing people of what was happening in the region’s sole safety-net hospital because of the resurgent delta variant.

The reaction came in from all over the city, with a common thread. The man gave his all to Duval County.

“Absolutely devastating news. Dr. Haley has given so much to our community and, sadly, a debt we won’t have the chance to repay. Praying for your family Leon, our entire city is mourning with them tonight,” asserted Jordan Elsbury, Curry’s chief of staff.

“You served our Jacksonville/Duval County community & UF Health with knowledge, distinction & an eye to helping to keep our neighbors whole during the COVID-19 Pandemic & beyond. We are praying for your family & other loved ones,” asserted City Council member Brenda Priestly Jackson.

“We have all lost a great man. I feel so fortunate to have known him. The sadness and grief is real. Pray for his family. Rest In Peace, Dr. Haley,” added Dr. Sunil Joshi, president of the Duval County Medical Society.

As UF Health mourns Dr. Haley, the hospital is frustrated with a lack of state help regarding the pandemic.

COVID-19 is ravaging Florida generally and Northeast Florida especially, and a leading official at one hospital wonders where the state is with reinforcements.

Chad Neilsen, UF Health Jax’s director of infection prevention, says that the patient surge at crisis levels last week only got worse over the weekend. And the state of Florida’s response? ‘You’re on your own.’

“We’re up to 174 COVID patients admitted this AM. ~20% increase from Friday. City says we’d help if we could, but lack of manpower and no public health emergency declared. So, Jax hospitals are bursting at the seams with COVID pts, short-staffed, and State says: you’re on your own,” Neilsen tweeted Monday.

A second tweet made sure to separate city response from that of the state of Florida: “And to be clear: City officials are being very supportive, but they are facing similar issues too.”

The patients now coming in sick are younger, largely unvaccinated and poor.

The average age of patients is 52. Three of five patients are male, and 50% are African American. Two of the poorest ZIP codes in the city, 32208 and 32209, are seeing the worst of it. And growth is on a “straight line,” with more patients now than even the peak of the crisis last year. Most of that growth came in the last couple of weeks.

Meanwhile, the Florida Department of Health‘s latest stats speak to the regional impact of the pandemic. In Baker, Clay, Duval and Nassau counties, over one in four COVID-19 tests last week were positive.

Baker is one of the 20 most at-risk counties in the entire country for the virus, as WSB reported.

The art world has found an unlikely superstar: presidential son Hunter Biden, whose work is commanding up to $500,000 each.

But a new bill from Rep. Michael Waltz could destroy the market for Biden’s work in the future.

Waltz’s newly filed PAINTER Act — Preventing Anonymous Income by Necessitating Transparency of Executive Relatives — would require the President and Vice President to provide financial disclosure information for non-dependent relatives, such as the 40-something Biden scion.

Waltz is not known for art criticism. His question is why there would be a market for Biden’s work short of a seemingly exploitable familial connection to the White House. Buyers would be able to meet with Biden the younger, presenting a potential conflict of interest.

“Under this administration, we have witnessed shameless attempts to profit off Joe Biden’s presidency that jeopardize the integrity of the White House,” said Waltz.

An interesting turn of events has occurred in the Senate District 6 Republican primary field, where police unions have decided to break with Rep. Clay Yarborough.

Yarborough, one of three candidates to replace term-limited Sen. Aaron Bean, is taking fire from representatives of local and state unions over votes he made while on the Jacksonville City Council from 2007 to 2015.

The head of the local Fraternal Order of Police, Steve Zona, said the critiques had coursed upstream from the rank and file, specifically including worries that Yarborough has a history of “defunding” and not defending the police.

“Some of our members are really concerned with his history of votes on Council as it relates to pension, the officers that were laid off due to Council not funding the positions (defunding), and how that would play into the current climate of the attack on law enforcement,” Zona contended. “They also feel he has been less than outspoken in our support during his time in Tallahassee.”

One consequence of the spike in positive tests is a cancellation of political events.

Rep. Cord Byrd, running for the seat opening up in SD 6, was slated to address the hard-right Republican Club of West Jacksonville this week, but something came up.

“Due to numerous people sick, some with or exposed to COVID, we are forced to cancel tonight’s monthly meeting. We will reschedule (Byrd) for the next available meeting,” the cancellation email read.

Some have suggested this current wave of the pandemic may soon crest and that this could drive a more serious look at vaccinations. But in the meantime, this meeting cancellation illustrates the tough weeks ahead.

“Derp.” That’s what many see in a controversial art installation — part of the One Park Jax concept — which now may not be coming to Jacksonville’s riverfront after all.

First Coast News reports that a widely-misinterpreted piece of visual art that was the winning bid for Riverfront Park’s showcase may be up for review, the latest in a series of transformational bids that could disappear down the ol’ memory hole.

“There is a detailed process through the Downtown Investment Authority for a project of this magnitude. While at this time, neither the Mayor nor City Council have had the opportunity to fully examine the winning design, once that does occur, there will be an opportunity for input, and the public’s views will be taken into consideration before finalizing plans and beginning construction.”

Indeed, it is understood that the sculpture — not intended to say derp — is something of a talker.

“I think the inclusion of that monumental piece of art really threw Perkins and Will over the top,” said Lori Boyer, CEO of Jacksonville’s Downtown Investment Authority, of the winning bidders.

“Love it or hate it, the public art piece shown in the Perkins and Will design has received a tremendous amount of public comment, which I think really indicates its iconic nature in the sense that you see it, you know it’s there, people are talking about it,” Boyer added.

When all is said and done, the park is expected to have a beer garden, and (perhaps) the funky cursive lettering will read more clearly after a few cold ones. Time will tell.

One of Jacksonville’s best young lobbyists is moving on to his next challenge.

Matt Brockelman, formerly of The Southern Group, is taking his talents to the banking and financial sector. Monday is his first day with VyStar Credit Union, which serves Northeast Florida and is expanding throughout the state.

Brockelman will “start a new chapter in my professional career as I join VyStar Credit Union as its VP of Government Affairs.”

“I’ll be responsible for developing and implementing local, state, and federal lobbying efforts for the major credit union, which is already a household name regionally and soon will be nationally. I’m grateful to Brian Wolfburg and the leadership team for entrusting me to establish this new department for VyStar and its members, and I can’t wait to meet all my new co-workers and build an effective, top tier advocacy team for the financial institution,” Brockelman noted, before acknowledging the transition.

“I’ve had an incredible privilege to represent some of Jacksonville’s and Florida’s finest organizations while navigating politics with the best in the business, and I hope I’ve made a small impact in the process. I look forward to bringing all of these experiences in-house to VyStar and working hard every day to promote policies that help us effectively serve our community and our members,” Brockelman added.

The Jacksonville Port Authority is posting strong cargo traffic for the first three quarters of the fiscal year 2021.

During that time, JAXPORT moved more than one million containers, a 15% increase over the same period last year.

Also, nearly 492,000 vehicles moved through JAXPORT, a pace that will improve on the 556,000 units moved in 2020 — suggesting a return to pre-pandemic vehicle levels. JAXPORT’s vehicle volumes are up 20% year-to-date.

“Jacksonville’s ease of doing business and our ability to maintain the free flow of cargo on both the waterside and landside make us an attractive option for shippers,” said JAXPORT CEO Eric Green said in a statement. “Our customer-service oriented terminal operators, sales team, and network of service providers offer seamless transportation solutions to help customers increase their speed-to-market at a time when efficiency matters more than ever.”

Fans of prison re-enactments, the Orange Park Mall, or both will thrill at this entertainment spectacle headed to Clay County.

The “Cirque Alcatraz” is headed to the once-vibrant shopping center for 10 shows from July 29 to Aug. 8. The spectacle is rated R, but attendees can be as young as 13 years of age with a parent or guardian accompanying the youngster.

“Combining elements of mystery, theatrics and acrobatics, Cirque Alcatraz offers an experience like no other. Take a step back in time and space to when Alcatraz was the most feared prison in existence, where the most dangerous and notorious criminals were kept,” goes the promotional copy.

The show itself features Cirque du Soleil type dancing in a stylized, musical-theater-looking prison set. For fans of the genre or the prison-industrial complex alike, this show has something for disparate demographics.

After leaving Orange Park, the troupe moves on to Tallahassee, then to Columbus, Georgia.