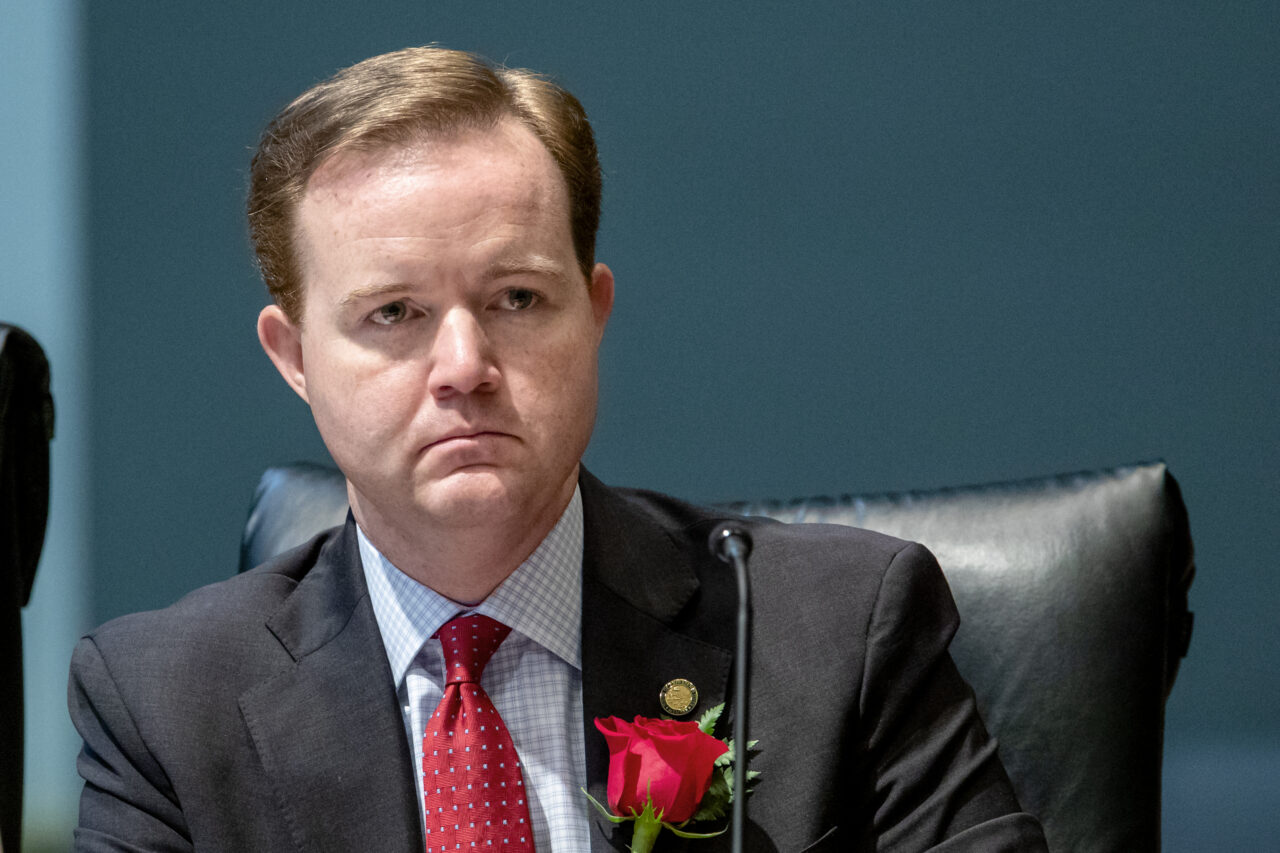 Unions once backed Yarborough, but concerns have cropped up.

Did Rep. Clay Yarborough take a “defund the police” position while on the Jacksonville City Council?

In his third term representing House District 12, Yarborough is running to succeed Aaron Bean in the Florida Senate and votes he made while on Council are receiving fresh scrutiny.

Some background: During budget tightening in the wake of the economic crash of 2008, one that saw property values plummet in a way that took ad valorem taxes years to recover, the City of Jacksonville passed budgets which reduced the number of police positions.

Thirty were cut in FY 10-11, 41 in FY 11-12, and 76 the following year. The Florida Times-Union reported at the time that no officers were laid off in the second cut and that the 76 positions were vacant when axed.

Yarborough was on the Council that approved those budgets, and some have deep concerns that are finally surfacing.

The head of the local Fraternal Order of Police, Steve Zona, said the concerns about Yarborough have bubbled up from the rank and file, specifically including worries that Yarborough has a history of “defunding” and not defending the police.

“Some of our members are really concerned with his history of votes on Council as it relates to pension, the officers that were laid off due to Council not funding the positions (defunding), and how that would play into the current climate of the attack on law enforcement,” Zona contended. “They also feel he has been less than outspoken in our support during his time in Tallahassee.”

The author, Matthew Clements, blasted Yarborough, saying, “(W)e do not want that guy anywhere near the decision-makers in Tallahassee when it comes to the most important discussions of our time in law enforcement and public safety.”

“Whether it was his gleefully, decisively, and very publicly working to take away the earned benefits and pensions of Jacksonville public safety workers simply because it was in vogue, or when he was just as aggressively and inexplicably voting against the retention of 23 hired and trained rookie police officers, at an agency that has historically been manned at lower levels per capita than any other comparable agencies in the state, Clay Yarborough clearly demonstrated what he is during his time on Jacksonville’s City Council.”

“A ‘yes’ man, committed to nothing but himself when the rubber meets the road. And, there’s simply no reason to think that leopard has changed his spots,” Clements wrote. “Trust me on this one, brothers and sisters, we do not want Clay Yarborough in a position higher on the ladder in the state’s government, weighing in on issues that affect us all, like the Law Enforcement Officer’s Bill of Rights, and Qualified Immunity.”

Florida Politics asked Zona why votes from a decade ago mattered now and not in 2016 when Yarborough emerged from a deep Republican primary field. After all, the Fraternal Order of Police has a history of endorsing Yarborough in campaign after campaign before now.

“It did come up internally, but the climate was different, and so was the race. The Senate is a higher office, and the margins are very slim for the majority. Some of the in-touch, influential members are extremely concerned,” Zona said.

“He, like all candidates seeking our endorsement, will have to answer for their positions,” Zona vowed.

“Any time budget reductions result in a loss of officers on the street, we are concerned. The strains many agencies are experiencing today come from previous budget decisions that happened over a decade ago. Unfortunately, those ‘moment-in-time’ decisions from 10 or more years ago have shown long-lasting, negative ramifications to public safety,” Puckett contended.

Florida Politics reached out to Yarborough Sunday morning for a response to the police union representatives’ claims. He rejected the proposition that he was anti-police, noting consistent endorsements from them over the years,

“I am grateful to have earned endorsements from our law enforcement officers, Sheriff Mike Williams, and the Jacksonville and Florida FOP, for multiple House campaigns, including for the 2020 elections. One of the easiest things to do during 2021 Session when critics attacked Florida’s brave police personnel was debate on the House floor in their defense and in support of HB 1. I also sponsored a $750,000 appropriation for the Big Brothers, Big Sisters – Bigs in Badges program, which will go a long way to help develop better relationships between young people and police. The ‘defund the police’ advocates don’t look favorably on these types of initiatives.” Yarborough said.

“The JSO budget was $70 million higher when I left City Council in 2015 versus when I started in 2007. Six of the eight years saw budget increases. The other two years were impacted by the economic downturn and all City departments were affected, not just JSO. As state laws protects accrued pension benefits for both retired and current employees, I did not vote to change these. Then-Sheriff John Rutherford and I enjoyed a great working relationship and one of the highest honors was to receive a graduation certificate from him for completing JSO’s Citizen Police Academy.”

Yarborough produced texts sent as recently as April with Zona thanking him for supporting law enforcement and saying at one point the endorsement from the FOP was “120%.”

“We truly appreciate you and always being accessible to hear our concerns,” Zona texted.

The back and forth was mutual

“Saw you in background at Gov’s HB 1 presser,” Yarborough texted Zona at another point.

The police complaints come as Yarborough attempts to close fundraising ground in his Senate race.

Fischer, who represents House District 16 in the Mandarin area, has roughly $966,000 to deploy.

SD 4 is drawn with a strong Republican advantage. Though redistricting may change the map somewhat, there is no reason to believe this district will be more competitive after that process. Those familiar with the thinking of Senate President Wilton Simpson have said he would prefer not to have a competitive primary for a safe seat. But fundraising and activity are already well underway.