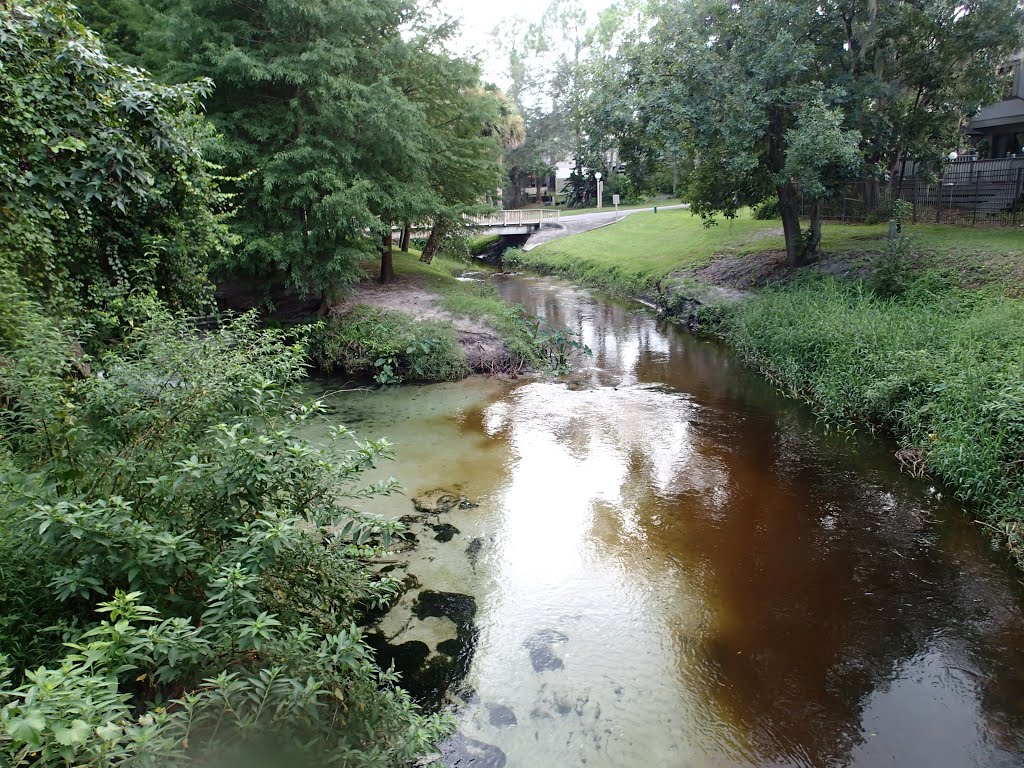 Hers isn’t the only measure attempting to give ecosystems legal standing in court.

But given Florida’s Republican-led Legislature, the most movement Eskamani can likely hope for on that bill is a philosophical discussion. A similar bill filed by Eskamani last Session didn’t make it past its first committee hearing.

But her bill isn’t the only measure attempting to give polluted ecosystems legal standing in court. A proposed constitutional amendment granting a right to clean water could sidestep the Florida Legislature entirely and put the question to voters — if it gets enough petition signatures to make it on the 2022 ballot.

Both efforts put Florida in the middle of a growing movement to give nature fundamental rights, which voters in Eskamani’s district already tried to do in November 2020 when they passed the Wekiva and Econlockhatchee Rivers Bill Rights, which protected the rights of those waterways in Orange County.

“They’re a major tourism driver, and if we keep ignoring that and seeing pollution in our waterways, then we’re not even going to have anything to call nature in the future,” Eskamani said.

But that local law never took effect because the Republican-led Florida Legislature passed a preemption law earlier in 2020 that would override Orange County’s local charter amendment.

Eskamani’s bill for the 2022 Session wouldn’t add any new laws to Florida’s books. Rather it removes the existing preemption law that states a local government may not “recognize or grant any legal rights to a plant, an animal, a body of water, or any other part of the natural environment that is not a person or political subdivision.”

The removal of the existing law would pave the way for local governments to grant legal protections to the environment if they chose to do so.

“I filed that again because it’s such an important message to send, to say, not only is home rule really important, but so is our environment,” Eskamani said.

While Eskamani said her bill is “very locally driven,” other parts of the country have passed laws acknowledging fundamental rights of the ecosystem, too.

Several Tribes, such as the White Earth band of Ojibwe in Minnesota, have granted rights to the natural environment.

The city of Pittsburgh, Pennsylvania, passed an anti-fracking law that stated, in part:

“Natural communities and ecosystems … possess inalienable and fundamental rights to exist and flourish.”

The Santa Monica City Council in California adopted a Sustainability Rights Ordinance in 2013.

“Natural communities and ecosystems possess fundamental and inalienable rights to exist and flourish in the City of Santa Monica,” reads the Santa Monica ordinance.

But in Ohio, when Toledo voters adopted the Lake Erie Bill of Rights to safeguard “irrevocable rights for the Lake Erie Ecosystem to exist, flourish and naturally evolve,” an agriculture company and the state of Ohio brought a lawsuit that has been toggling back and forth in the courts since it was filed in 2019. Most recently, an appellate court ruled in favor of Toledo voters, reversing a trial court decision and sending the case back to the lower court.

Eskamani also compared the rights of nature movement to the U.S. Supreme Court decision Citizens United V. FEC, which recognized that corporations have the same rights as people.

“The whole point of the global rights of nature movement is that if corporations are people, then shouldn’t nature have some sort of ability to fight back against these types of destructive measures?” Eskamani said.

But the progressive lawmaker acknowledged the likelihood of her bill passing Florida’s two Republican-led chambers is slim. She hopes that filing this bill will allow her to “have a conversation with our Republican colleagues,” even though the legislation is unlikely to pass.

“I’m always hopeful that we move it, but I also realize that in the Florida Legislature, we have to measure success in different ways. Even being a voice in Tallahassee is an important role to play with the direction that the state has been going,” Eskamani said, adding, “the direction the state is going when it comes to our environment is a very scary one.”

But Eskamani’s bill isn’t the only path to restore the will of Orange County voters.

A petition from FL5, an environmental advocacy group, is currently gathering signatures to propose a constitutional amendment to appear on Florida’s 2022 ballot that would “recognize a right to clean water for all Floridians” and grant legal standing for Florida residents and organizations to sue to enforce those rights.

But whether Floridians want to join the movement or just environmental advocates remains to be seen. According to the Florida Division of elections website, the proposed amendment needs statewide support, and so far, it has gathered 358 signatures out of a necessary 891,589.