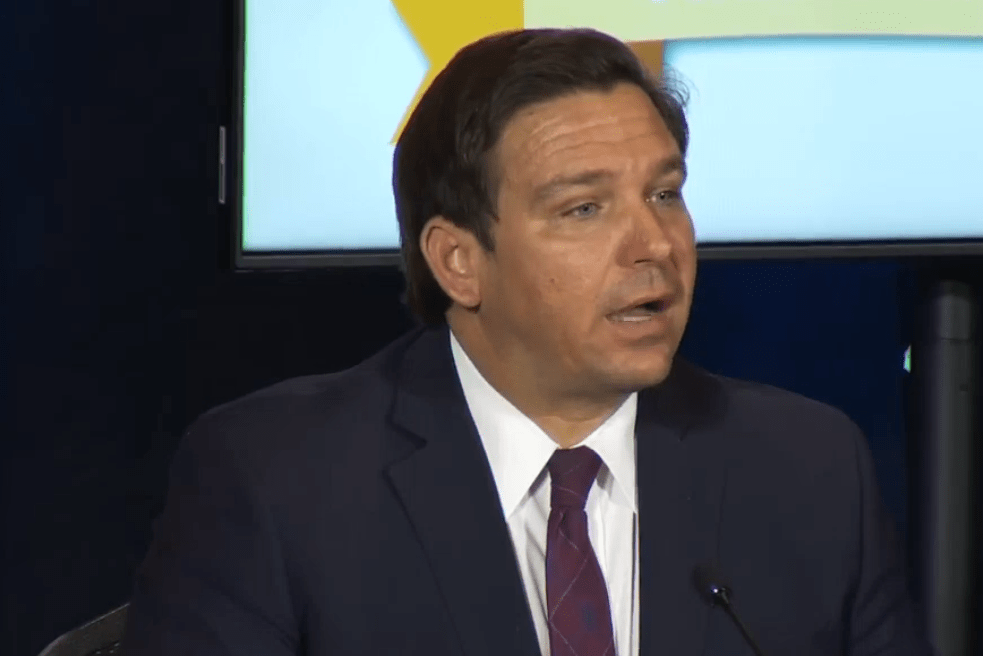 School districts are pushing back, but DeSantis isn't backing down.

Gov. Ron DeSantis has not signed off on any exceptions to his ban on K-12 mask mandates, he said Thursday in Tampa. And he called one county out in particular.

The Governor issued a categorical ban of mask requirements and stated his intent was for the Departments of Education and Health to craft rules. In the interim, school districts in Broward, Leon, Duval, and Alachua counties went their own way.

Will all of them get away with subverting the order? That’s an open question, per remarks from DeSantis and a spokesperson Thursday.

“It’s parents’ choice in Florida. And government can’t override the parents. And so we believe the parents are the ones that have the choice. And we obviously have an executive order to that effect,” DeSantis said, noting that rulemaking at tomorrow’s Board of Education meeting would establish parameters before singling out Alachua, which is requiring students to wear masks for two weeks, for particular attention.

After the media availability, DeSantis press secretary Christina Pushaw said DeSantis “has not signed on to any district’s plan.”

“100% no to Alachua,” Pushaw added. “They blatantly defied the spirit of the executive order he signed.”

Expect an update after Friday’s board meeting, Pushaw said.

Beyond Alachua, the other counties have their own rules. Broward, as of now, has a mask mandate going into the school year. Duval also does, but their “student code of conduct” allows an “opt-out” as an attempted workaround to the anticipated rules. And Leon wants masks for students up to eighth grade.

These variations on a theme don’t jibe with the absolutist nature of DeSantis’ rhetoric, however.

In his comments Thursday, DeSantis noted the Executive Order was rooted in the “Parents’ Bill of Rights,” legislation signed into law earlier this year that allows parents to opt-out of school district health dictates.

“(The bill) laid down the law in the state of Florida that parents have the fundamental right to raise their children, their health, their well-being, and that has to be respected by the state at all levels of government. So it’s our belief that this should be a parent’s choice, and I think it flows directly from that bill,” DeSantis said.

DeSantis added that “many of these kids have recovered from COVID, and so there’s really no scientific justification to put it on at that point, if there is, to begin with. I think a lot of parents would want to have that ability.”

The Governor made the comments at Tampa General Hospital Thursday.