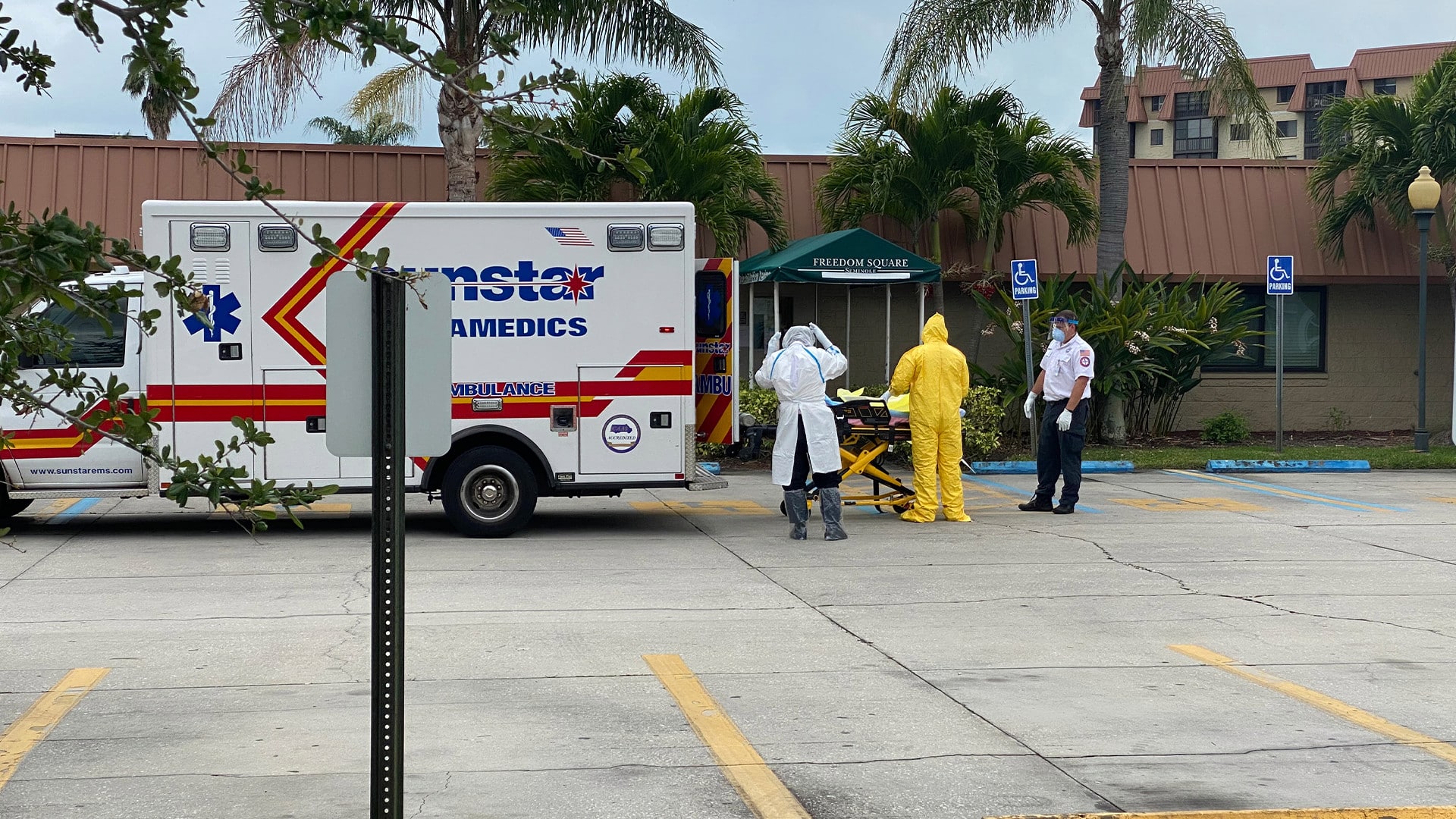 The most recent lawsuit was filed in late July.

The total number of lawsuits against the Freedom Square nursing home, assisted living and rehabilitation facility in Seminole has grown to seven, with the most recent filed July 23.

Families of seven residents within the community’s various facilities seek wrongful death compensation from the owners after documented failures to safeguard the facility led to a massive COVID-19 outbreak among staff and residents last spring.

The 15-acre campus faced major backlash last spring and into the summer after more than 100 residents and a few staff died after contracting COVID-19 at the facility. In partnership with the Tampa Bay Times, an extensive investigation by PBS Frontline found sweeping missteps that led to one of the worst long-term care facility outbreaks in the state.

Employees described a lack of access to appropriate personal protective equipment (PPE). That included a shortage of safety gowns and N95 masks. Some employees reported having to reuse masks and make inferior homemade masks. The facility reportedly continued accepting hospital patients to its rehabilitation program without COVID-19 testing until April 9, 2020, weeks after red flags were raised about that practice. Even as the outbreak became pervasive, residents and staff reported unsanitary conditions and breakdowns in communication with family members.

In fact, by the end of April last year, more than half the facility’s 95 residents at Seminole Pavilion, one of several buildings on the campus, had tested positive for the virus.

The first lawsuits rolled in last June from the families of Donald Jack and Christopher Pugh. Since then, five additional families had filed suit, including the most recent on behalf of Alice Ford, who was 90 when she passed away from COVID-19 complications on May 4, 2020. At least one case has already been settled for an undisclosed amount.

Lawsuits filed on behalf of Jack and Pugh argued the facility “chose to place profits over residents and ignore deficiencies in their emergency preparedness plan and in their infection prevention and control program.” In the Jack suit, Freedom Square offered a response denying all liability for the man’s death and placing fault with Jack himself.

Florida Politics first reported the beginning of the outbreak in early April 2020 when nearly two dozen patients were taken to local hospitals either after testing positive for the virus or for being exposed to the virus and showing symptoms. At the time, a total of 30 patients at the facility and six staff members were presumed positive. Of those, 28 cases were confirmed in the first wave, which only continued to grow.

The outbreak prompted calls from local elected officials to investigate the outbreak, including from U.S. Rep. Charlie Crist.

“The mismanagement and negligence uncovered by the Tampa Bay Time’s reporting is quite frankly unforgivable,” Crist said in a statement at the time. “Freedom Square was entrusted with caring for our most vulnerable. Reckless failure to take even the most basic precautions to protect residents and staff from the pandemic aided and abetted the virus as it exacted one of the most ghastly death tolls in the state.”

Employees interviewed described management that threatened staff members who were “spreading rumors” about COVID-19 at the facility and communication with them that failed to warn of an outbreak already unfolding.

They also described conditions at the facility where staff members moved back and forth between units and hallways, eradicating what few precautions had been taken to prevent the virus from spreading.