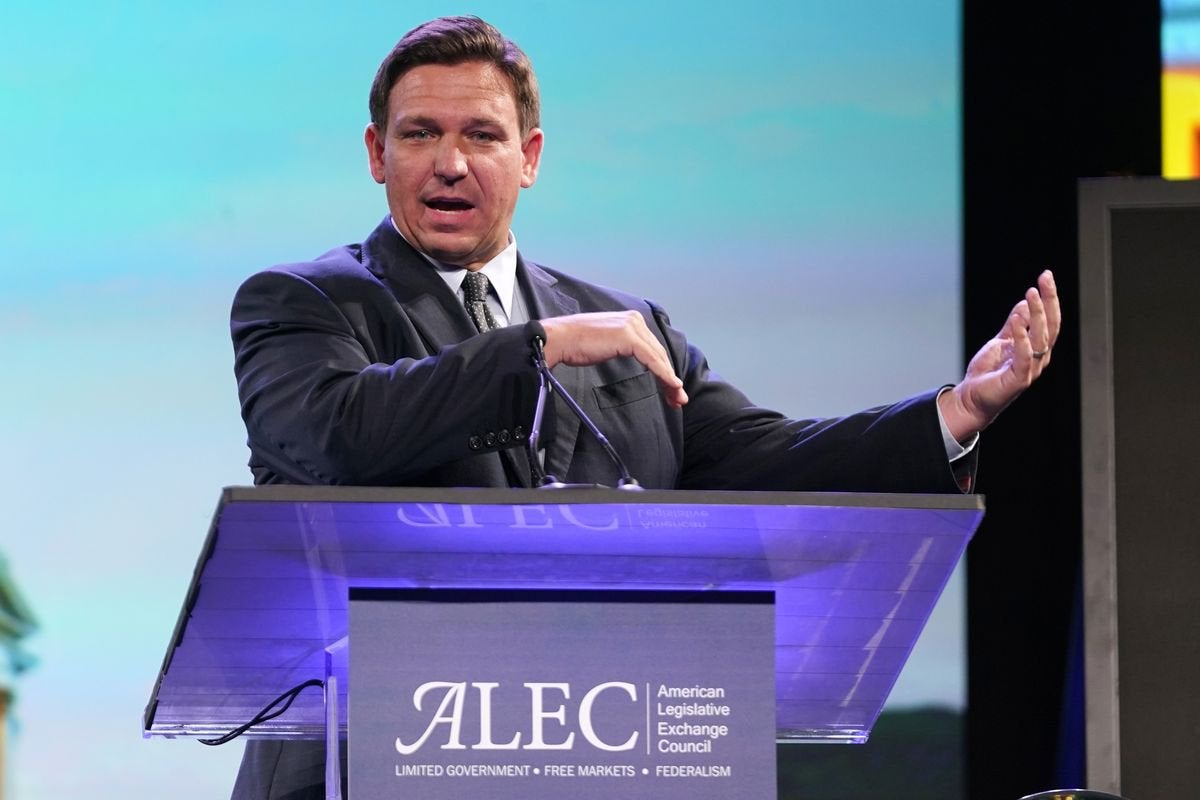 'I think one thing that we can't say is that the vaccines are creating herd immunity.'

Vaccines might not have provided the herd immunity officials expected, and Gov. Ron DeSantis says that means it will soon be the North’s turn for a COVID-19 wave.

Although nearly no vaccinated individuals have died or been hospitalized due to COVID-19, there have been more breakthrough cases than expected with the rise of the delta variant. Maintaining his claim that Florida’s current wave is seasonal, DeSantis on Tuesday predicted a similar rise in other parts of the country outside the Sun Belt.

“What we’re going to see is that — you’re already starting to see — but because you don’t have the herd immunity through the vaccinations, you’re going to start to see winter and fall waves in the Northern states,” DeSantis said in Jacksonville. “We have a summer season, but you’re going to see that, and so I think that that’s something that should be stressed more and more.”

As of Friday, 63% of Florida’s eligible population has received at least one shot. A smaller share, 53%, have received all their shots. That amounts to 46% of Floridians being fully vaccinated.

A larger share of people in Northern states have received a shot. However, the breakthrough cases are more likely to infect others than previously thought, according to some studies.

Cases are already on the rise in places like New York City.

“I think one thing that we can’t say is that the vaccines are creating herd immunity,” DeSantis said.

The Governor’s pro-personal choice take on the pandemic has drawn intense criticism, largely from across the aisle, including from President Joe Biden. Likewise, DeSantis has frequently criticized Democrats and leaders from Northern states for implementing lockdowns, though such measures are not currently contemplated.

The Governor has downplayed the latest wave in Florida, calling it seasonal. Last month, he reignited that claim as cases started to rise again.

“What we said — I made this comment at the beginning of May — look, this is a seasonal pattern. We knew it was going to be low in May, and it was. And we knew that at the end of June and July it would go up. Because that’s what happened last year,” DeSantis said in July. “And that’s not just unique to Florida.”

On Tuesday, DeSantis said that, while hospitalizations are on the rise at record-breaking rates, virus spread is on the decline, at least in Duval County. Duval County was on the front end of the state’s surge in cases, but the seven-day average number of new cases is down since the start of the month. Other parts of the state are also seeing cases flatten.

DeSantis also continued to tout monoclonal antibody treatment for people who are early in their infection. That treatment, recently approved by the U.S. Food and Drug Administration to fight COVID-19, involves injecting laboratory-created antibodies into an infected patient’s system.

“At the end of the day, the vaccinated folks we know can get infected. It’s usually very mild, but there are high risk people,” DeSantis said. “If you have certain conditions the vaccines can only do so much under certain circumstances.”