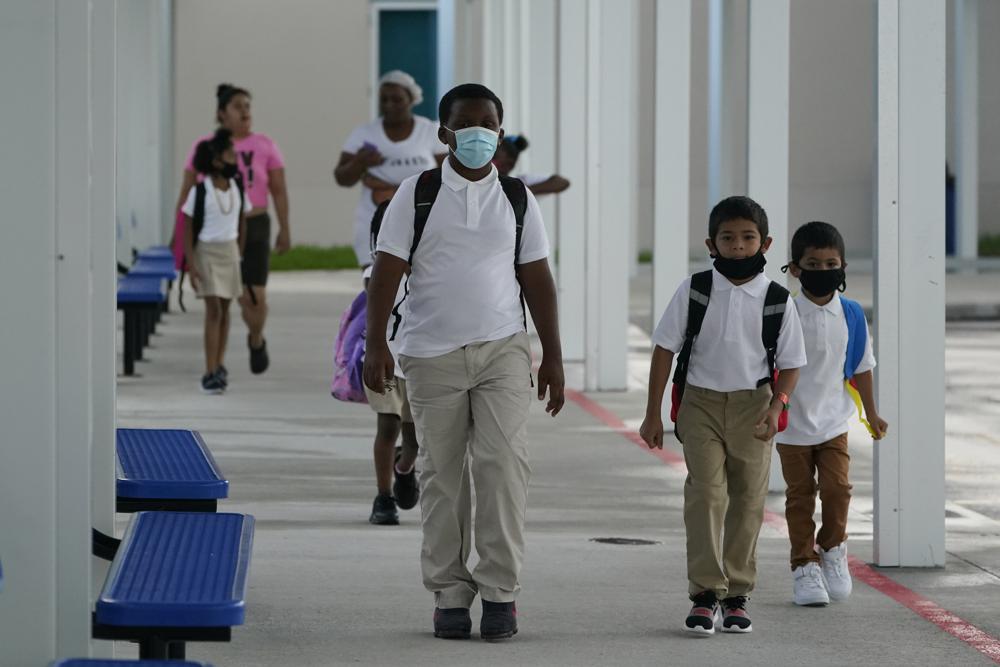 Officials have said the surge brought on by the spread of the delta variant of COVID-19 is mostly among the unvaccinated.

COVID-19 cases have filled so many Florida hospital beds that ambulance services and fire departments are straining to respond to emergencies.

In St. Petersburg, some patients wait inside ambulances for up to an hour before hospitals can admit them — a process that usually takes about 15 minutes, Pinellas County Administrator Barry Burton said.

While ambulances sit outside emergency rooms, they are essentially off the grid.

“They’re not available to take another call, which forces the fire department on scene at an accident or something to take that transport. That’s caused quite a backlog for the system.”

Hospitalizations rose by more than 1,100 on Tuesday to 14,787 patients with COVID-19, according to the U.S. Department of Health and Human Services. More than 47% of ICU beds were taken by about 3,000 coronavirus patients. That number has nearly tripled in the last three weeks.

At no other time during the pandemic have intensive care units seen a percentage of COVID-19 patients as high as in the last two days. Last year around mid-July, the percentage edged 45% with about 1,400 patients. Officials ramped up beds at hospitals and at their peak reported about 2,500 ICU patients at a time. At the height of last year’s summer surge, Florida had about 10,170 COVID-19 hospitalizations overall.

Burton stressed that the most serious non-COVID-19 cases, like heart attacks and strokes, still get prompt attention in emergency rooms. And he says the county is working with fire rescue officials to find more ambulances and have extra staff on hand. But “that really taxes on already overstressed fire and rescue staff,” he warned.

Officials have said the surge brought on by the spread of the delta variant of COVID-19 is mostly among the unvaccinated. And it comes as children across Florida are heading back to school. Classroom instruction begins this week in the heavily populated regions around Tampa, Jacksonville and Orlando. Most students in South Florida head back to school next week.

Although numbers are spiking, it’s unlikely hospitals in the state will run out of brick and mortar spaces for patients beds, said Justin Senior, head of Safety Net Hospital Alliance of Florida, which represents some of the largest hospital systems in the state. He said that’s because many of Florida’s hospitals can convert everything from conference rooms to ambulatory centers into COVID units.

Kevin Cho Tipton, a critical care nurse practitioner who works in two South Florida hospitals, said teams in the emergency rooms and ICUs are exhausted. He is seeing cases where family members who were unvaccinated get sick together and end up being admitted to the hospital.

Tipton said he recently treated a young father who needed to be put on life support. The man’s wife also was fighting an infection in the hospital, and the woman’s father was later admitted and put on a ventilator. The young father died.

“Every person we lose is painful, but having to walk down the hallways to tell his wife who was also admitted and worrying about their children at home was even more difficult,” Tipton said. “Her father, who was taking care of her kids at home, ended up being admitted as well.”