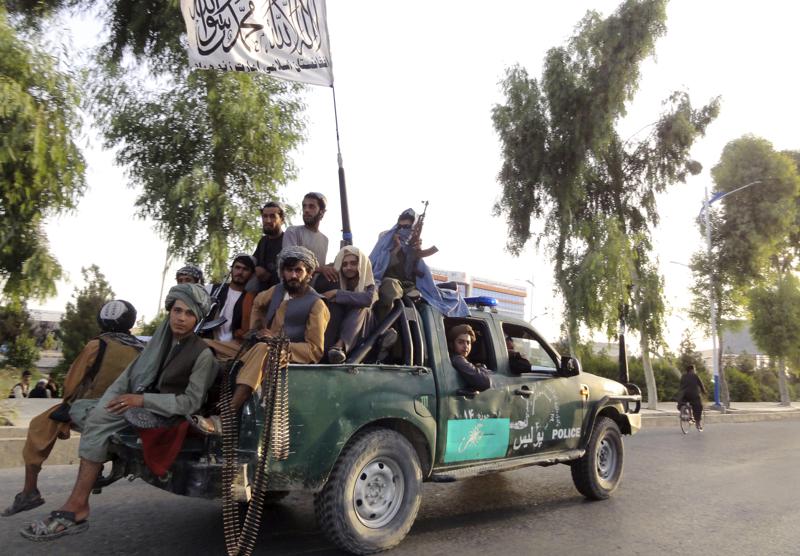 Comparing evacuation to the fall of Saigon, conservatives slammed administration handling of events.

The fall of Kabul to Taliban control has led to condemnation by several Florida congressional Republicans.

The Taliban swept into Kabul on Sunday after President Ashraf Ghani fled the country, bringing a stunning end to a two-decade campaign in which the U.S. and its allies had tried to transform Afghanistan. The country’s Western-trained security forces collapsed or fled in the face of an insurgent offensive that tore through the country in just over a week, ahead of the planned withdrawal of the last U.S. troops at the end of the month.

Multiple members of Congress compared the U.S. withdrawal from Afghanistan to the long-maligned evacuation of U.S. officials in Vietnam.

“The photos from Afghanistan are horrifically reminiscent of those from Saigon decades ago,” tweeted Rep. Dan Webster, a Clermont Republican, heavily criticizing President Joe Biden’s handling of the international crisis.

“We’ve abandoned our allies and partners in Afghanistan and around the world, and yet the President is silent. Two decades of victories squandered by incompetence. Americans deserve answers.”

Waltz served as a counterterrorism advisor to former Vice President Dick Cheney after the U.S. first went into Afghanistan in the wake of the 9/11 terrorist attacks.

In an op-ed published by Fox News this week, he wrote that Biden should fire Afghanistan Ambassador Zalmay Khalilzad and still try to protect the nation from Taliban control.

“The Taliban could care less whether they are invited to European Embassy cocktail parties,” he wrote. “They care about brutal control.”

More than the decision to leave Afghanistan, Waltz on Sunday tweeted that the haste and disorganization were a black mark on U.S. history.

“It didn’t have to be this way. There was clearly no plan,” he tweeted, sharing a video of evacuations underway in Kabul.

The U.S. Embassy has now been evacuated and the American flag lowered, with diplomats relocating to the airport to aid with the evacuation. Other Western countries have also closed their missions and are flying out staff and nationals.

Rep. Carlos Giménez, a Miami Republican, called for a full briefing to Congress on the Taliban takeover.

“Mr. President, it is time for you to return to Washington and do your job,” he said, a reference to Biden’s decision to stay in Camp David as events unfolded. “Afghanistan remains a crucial part of America’s foreign policy, and the consequences of your decision to withdraw American forces recklessly and hastily puts our security interests in peril.”

“There are now more U.S. troops in Afghanistan than there were when Joe Biden announced his plans to withdraw,” he wrote following news Marines had been dispatched to Kabul to evacuate U.S. assets.

But Rep. Matt Gaetz, a Panhandle Republican and long-time critic of former President George W. Bush’s interventionist policies, said it’s self-interested parties criticizing the U.S. withdrawal. He asserted that the fall of Kabul was a sign the nation there had no control or ability to stop the Taliban short of U.S. occupation.

“Those who praised the capabilities of the Afghan ‘government’ and ‘military’ were always lying to push their own grift,” Gaetz tweeted.