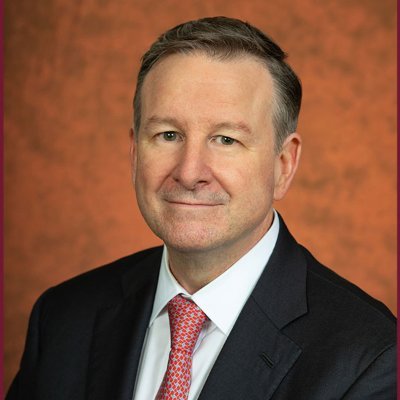 McCullough will have somewhat of an unusual first day. FSU campuses are closed down due to Tropical Storm Fred. All panhandle area campuses are restricted to essential personnel.

A Twitter account set up for the new president had yet to be used as of Monday morning.

McCullough, FSU’s 16th president, had been Harvard University’s vice provost for research. FSU’s Board of Trustees unanimously selected McCullough in June after interviewing its pool of finalists.

McCullough, 62, had held his position at Harvard since 2012. McCullough was also a professor of materials science and engineering at Harvard. He has a PhD in engineering from Johns Hopkins University.

McCullough previously served as vice president for research at Carnegie Mellon University in Pittsburgh. He is also co-founder and chairman of Liquid X, a company that produces particle-free ink formulas.

Thrasher had been president for almost seven years.

Located in Florida’s capital city of Tallahassee, Florida State is one of the country’s largest universities with an enrollment of about 44,000 students. Already known nationally for its sports programs, the school has been working to improve its academic stature.

nextFred strengthens as it heads to Panhandle, other systems threaten Caribbean, Bermuda