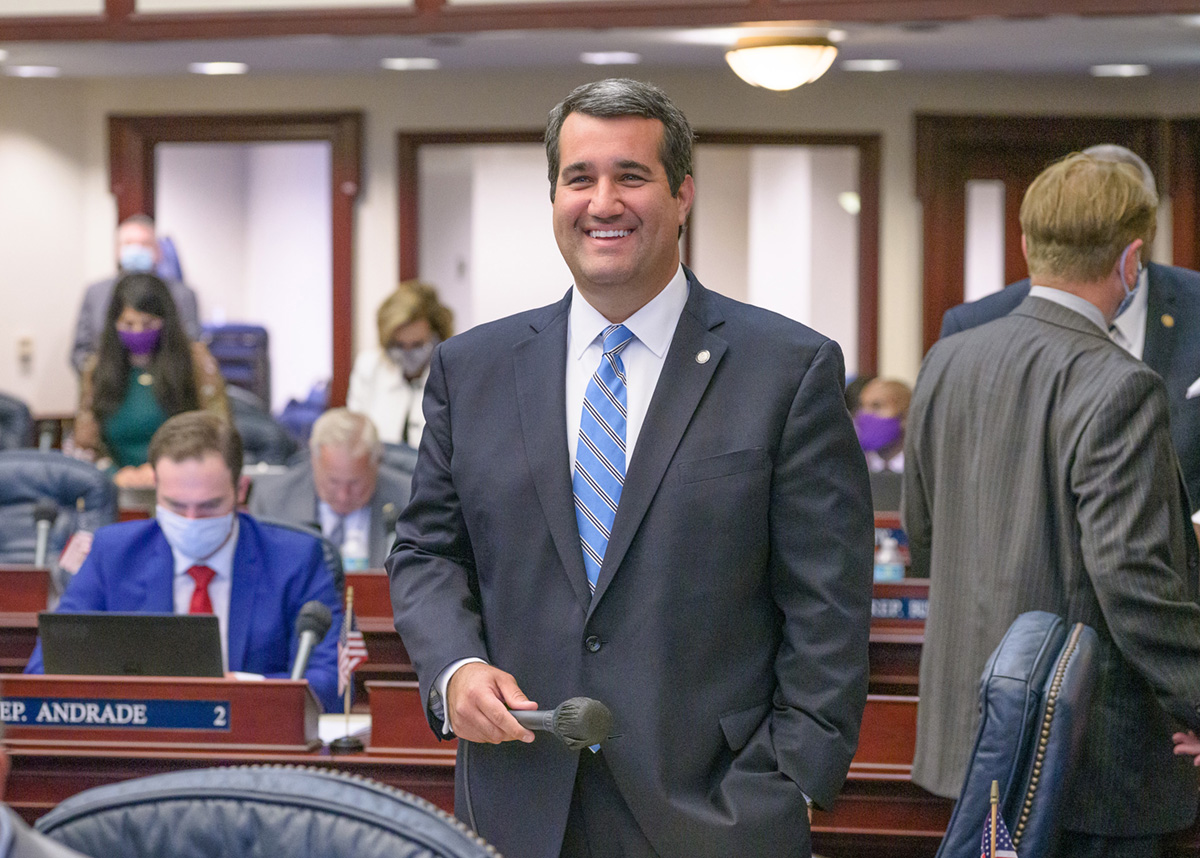 Republican Rep. Tyler Sirois will launch his reelection campaign next week with a fundraiser in Palm Shores.

Sirois represents House District 51, a safe Republican seat that covers part of Brevard County. His fundraiser will be held at the Space Coast Association of Realtors starting from 5:30 to 7 p.m. on Aug. 24.

According to the invitation, the fundraiser will be attended by House Speaker Chris Sprowls as well as Reps. Paul Renner and Danny Perez, who are in line to become House Speaker for the 2022 and 2024 terms, respectively.

The guest list includes several other current and former elected leaders. Among them are Sens. Debbie Mayfield and Tom Wright, who also represent Brevard County.

Sirois, currently in his second term, was the lead House sponsor last year for the “test and treat” bill allowing pharmacists to administer tests for the flu and strep throat.

In 2021, the Space Coast lawmaker sponsored the House version of a bill that requires Florida residents who find fallen spacecraft parts to alert law enforcement and then to allow authorities and the rocket companies come onto their properties to retrieve them.

Also this term, Sprowls appointed Sirois to serve as the Majority Whip for the Health and Human Services Committee.

“I’m grateful to Speaker Sprowls and Chair (Colleen) Burton for this responsibility,” he said. “Health care is one of the most important issues for the future of Florida. The opportunity to be at the forefront of health policy is a role I don’t take lightly. This has been a chance to work with Chair Burton, Majority Leader (Michael) Grant and each of the health subcommittee chairs sharing information to ensure there are no surprises, allowing us to craft a positive and collaborative work product.”

Currently, Sirois is unopposed in his bid for a third term. Through the end of July he had raised $22,500 through his official campaign account and had about $10,000 on hand. He has another $20,000 banked in his political committee, Launching Florida’s Future.

The event invitation is below. 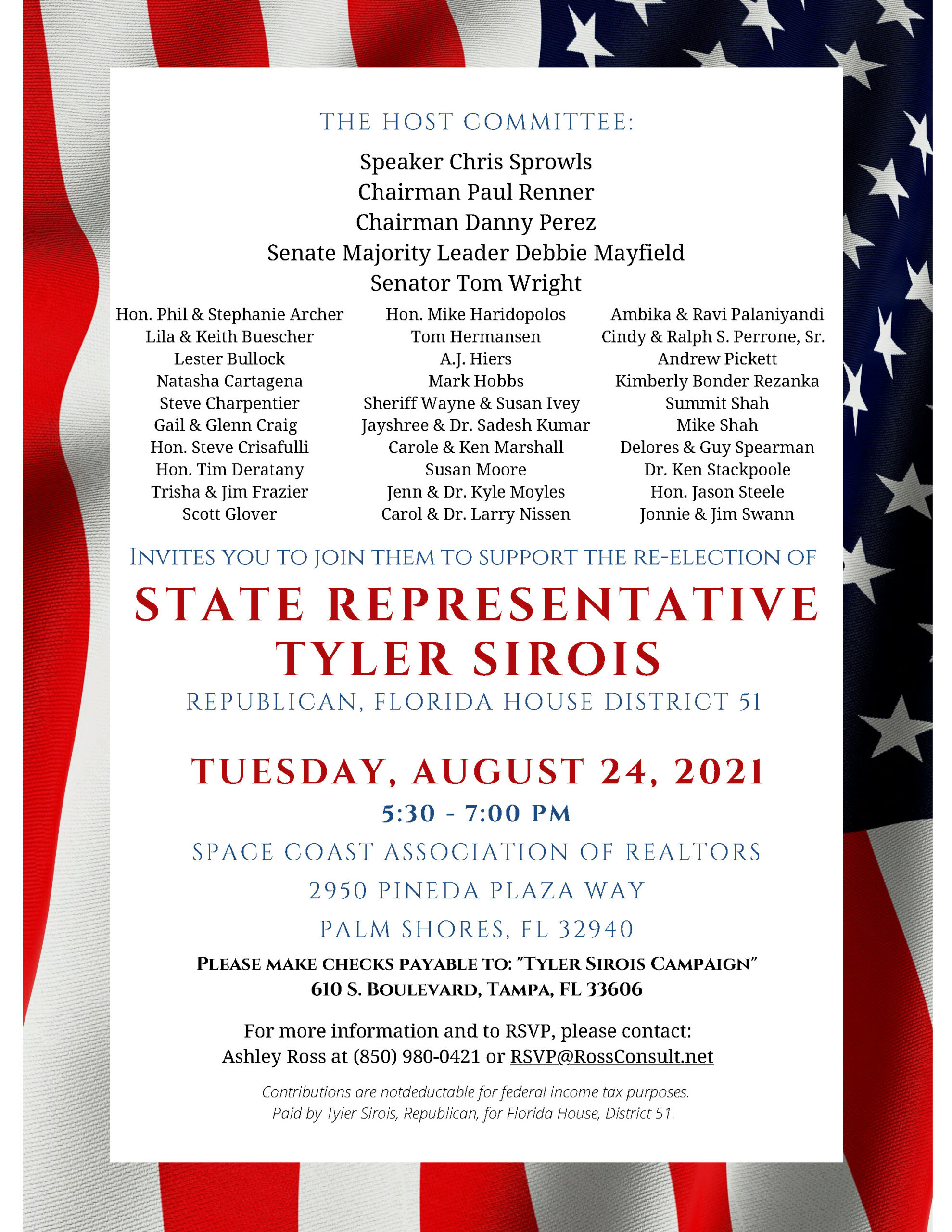 previousSunburn — The morning read of what’s hot in Florida politics — 8.24.21

nextEd Hooper to kick off reelection run with Aug. 24 fundraiser